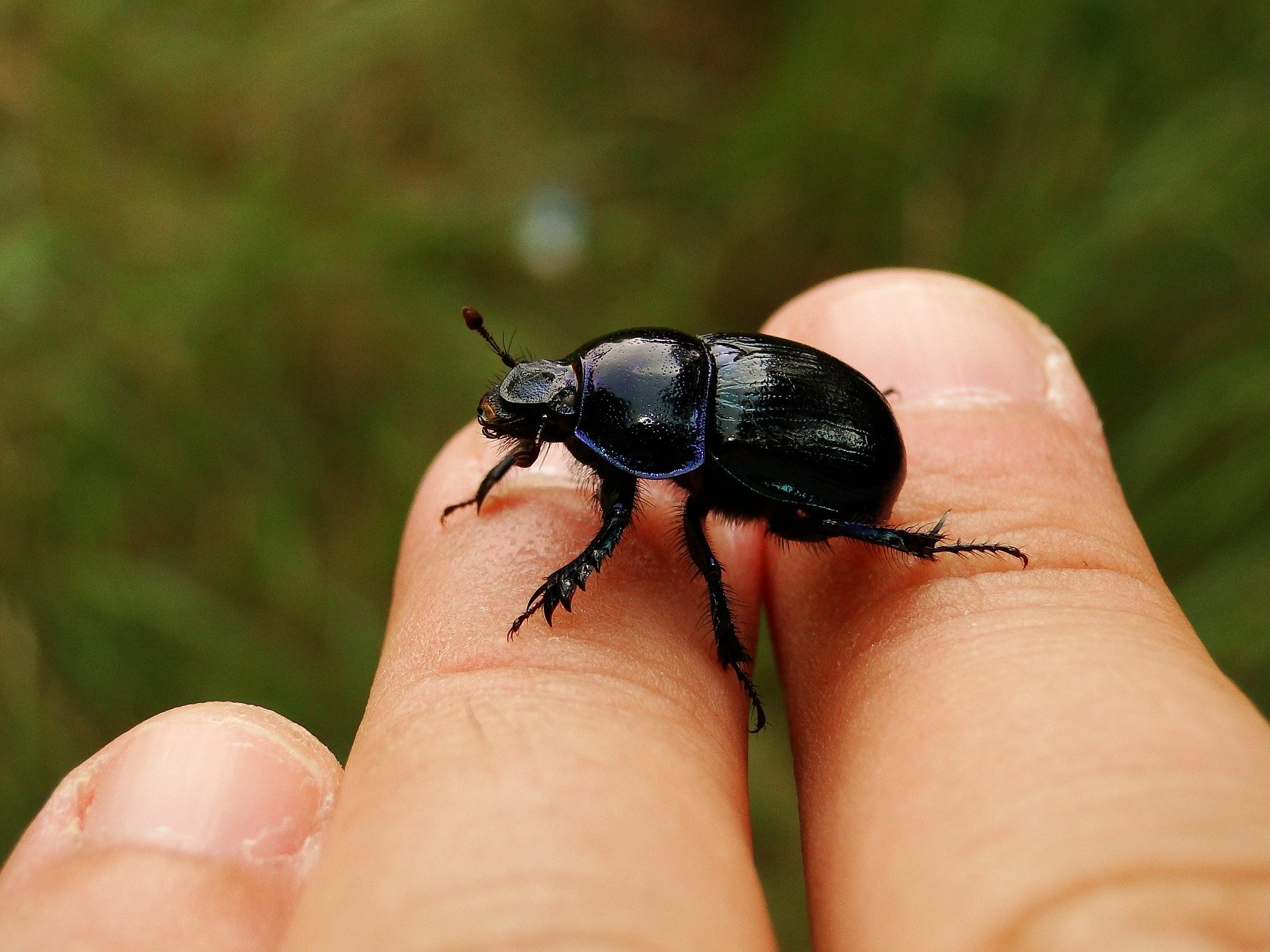 ‘People are worried about insects, and like insects now, but still they turn their gardens into stone deserts and they don’t see the connection,’ says Prof. Kleijn who leads the SHOWCASE project. Image credit - Krzysztof Niewolny / Pixabay

Professor David Kleijn, an ecologist at Wageningen University in the Netherlands, is talking about the change in people’s feelings towards insects. Traditionally, the relationship has been far from a comfortable one, but Prof. Kleijn notes signs that things are improving.

‘When I’m talking about insects with people from the general public, they’re generally positive and think insects are important,’ he said.

A catalyst he pinpoints is the surge in reports of catastrophic declines in insect populations, attributing the turning point to a landmark study in 2017 led by Dr Caspar Hallmann, an ecologist at Radboud University in Nijmegen, the Netherlands.

Estimating a shocking decline of over three-quarters of flying insects in German nature reserves within the past three decades, it hit the headlines and seemed to capture the public imagination through relatable imagery in media reports such as the ‘windscreen phenomenon’, whereby far fewer insects have hit car windscreens with the passing decades.

A plethora of other studies have followed that boost the body of evidence, including research on the decline in insects killed on windscreens.

But even before, public perception had been shifting via increasing acknowledgment of essential functions provided by insects, from pollination to breaking down waste.

Yet Prof. Kleijn says this greater understanding needs to translate into wider public consciousness of how everyday activities may have a knock-on effect for biodiversity.

He points to the rising number of paved gardens and pristine roadside verges he sees that eschew biodiversity for neatness in the Netherlands. ‘People are worried about insects, and like insects now, but still they turn their gardens into stone deserts and they don’t see the connection.’

The focus is on targeting the agricultural sector, seen as a major threat to biodiversity through agricultural intensification and a key avenue for gaining wider public acceptance given the huge expanse of land it uses and role at the heart of the food industry.

Activities will include speaking at meetings of farmers’ collectives, hosting webinars and using social media channels, as well as getting farmers and the public actively involved in investigating biodiversity through methods such as counting butterflies and bees on farmland, and a contest to vote on their favourite roadside verge.

Part of SHOWCASE will explore whether people involved in monitoring biodiversity gain an increased affinity towards nature. ‘Everybody assumes that when you’re exposed to biodiversity, you become more positive towards it. But this still needs to be tested,’ said Prof. Kleijn.

The team will assess whether the attitudes of farmers in Spain, Sweden and the UK change when they use a modified version of the Vlindermee app, developed by Dutch Butterfly Conservation, to log butterfly species. ‘We are using them as an umbrella species,’ added Prof. Kleijn. ‘If (users) become interested in those, then probably they will appreciate other species as well.’

He emphasised that new ways are needed for communicating on biodiversity that also take into account feedback on people’s needs, with scientists’ focus on long-term environmental outcomes often at odds with farmers’ drive for profits.

‘We’re starting to think about the narratives to connect to different stakeholders,’ said Prof. Kleijn. ‘Should we talk primarily about money, or about the beauty of nature? And how does it differ between countries?’

One strategy is to start not from the angle of how useful different insects are to people, says Prof. Kleijn, ‘but how beautiful they are, how fascinating they are, and really telling their stories’ to get people interested before addressing the benefits they bring – an approach his team recently used to communicate the reappearance of the brown-banded carder bee (Bombus humilis) in the southern Netherlands. 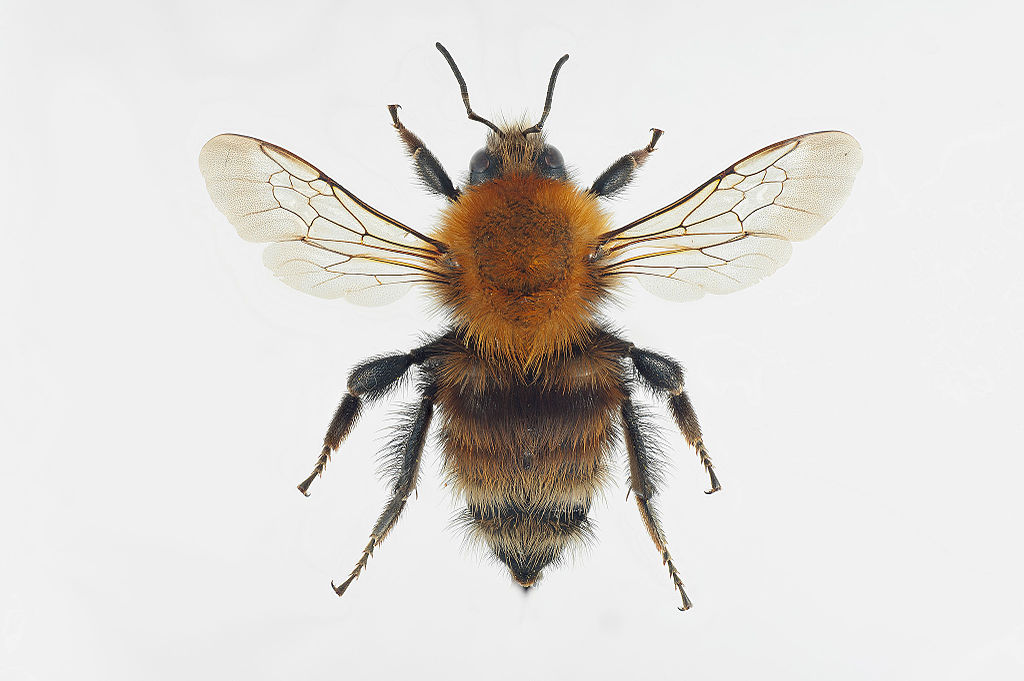 SHOWCASE hopes to back this up by unearthing ‘win-win’ scenarios, whereby farming approaches aimed at improving biodiversity can be shown to lead to equal or better material gains for farmers, while also benefiting ecosystems.

Prof. Kleijn points to an example already uncovered by other researchers, which showed no adverse impact on yield over time when cropland at field edges was replaced with wildlife habitat.

One of his studies showed not only similar returns on investment in leeks through managing wild pollinators compared with focusing on plant quality, but also that yield rose with greater diversity of species even when dozens were already present.

‘It was an interesting finding, and totally surprising to me,’ said Prof. Kleijn. ‘We’re not talking about the difference between two and four species, because then I have an understanding of what they could do.’ This, he said, backs up the importance of getting people involved in conserving species, as there may be all sorts of still-unknown knock-on effects of additional biodiversity.

Yet Prof. Kleijn emphasises that communication on biodiversity is ultimately about finding ways to relay more than just immediate monetary returns. The message needs to come across, he says, that ‘if you’re concerned about the environment that you leave to your kids and grandchildren, about your neighbours’ health, and if you really want to produce a product that you’re proud of, then this is the way to go.’

Dr Pedro Cardoso, an ecologist at the University of Helsinki in Finland, agrees that attitudes towards insects and other invertebrates have improved, and the recent influx of studies has ‘triggered the alarm bells’ – even if people still often associate them with pests or disease vectors.

‘The public is more aware how important it is to keep healthy populations of everything, not only the big animals,’ he said. That marks a change from a study he co-authored a decade ago, which noted a lack of knowledge among the general public about the services provided by invertebrates among seven impediments to their protection.

‘Even within scientists, something is changing,’ said Dr Cardoso. ‘Most researchers, even in conservation biology, are realising that insects do exist.’

He pointed to increased activity on public communication, including through museum exhibitions worldwide and the surge in citizen science activities such as ‘bioblitzes’, which seek to provide a snapshot of species in a given area.

In his own BIODIV ISLAND-CONT project, which focused on the similarly maligned spiders rather than insects, primary schoolchildren came to the Finnish Museum of Natural History located at the university – and at which Dr Cardoso is a curator – to learn about spiders and the project.

The shift in attitudes to invertebrates, he said, has also been reflected in the 2018 launch of the EU’s first-ever initiative on wild pollinators to address their decline. ‘It’s just a small part of what’s important, but it’s a start,’ said Dr Cardoso.

At the same time, funding for invertebrates remains ‘night and day’ compared with the much higher amounts for vertebrates and may take time to filter through, he said. A recent study found a difference in investment by a factor of six between 1992 and 2018 among animal-focused projects in the EU’s Life programme, equating to 468 times more per vertebrate species.

Dr Cardoso does not call for specific quotas, but says there is a need to address the huge existing discrepancy, while it would be interesting to see a wide-scale study on how people’s attitudes have changed in different countries.

‘We also need to see the banning of the use of insects to scare and disgust contestants and audiences in reality TV shows.’

Professor Simon Leather, an entomologist at Harper Adams University in Newport, the UK, said he fears the world is still some way off understanding the importance of insect conservation.

‘There is growing momentum, but we need to see more investment,’ he said. ‘Funding and media attention, including popular TV programmes, is still very much vertebrate-focused – particularly mammals, which eat up a substantial proportion of research and charity funding,’ he said.

In addition, Prof. Leather refers to the overemphasis on language in the media such as ‘killer bees’ and ‘murder hornets’. ‘We also need to see the banning of the use of insects to scare and disgust contestants and audiences in reality TV shows,’ he added.

He said much more training in entomological skills is also needed at universities, plus on ecology at secondary school level.

Meanwhile, Dr Hallmann, who co-authored the 2017 study, is encouraged that public engagement is improving and people have begun to really understand the importance of insects, but that this needs to go much further.

‘I believe people should be a lot more aware that no ecosystem can exist without insects, and that this extends well beyond what we have identified as “ecosystem services”,’ he said.