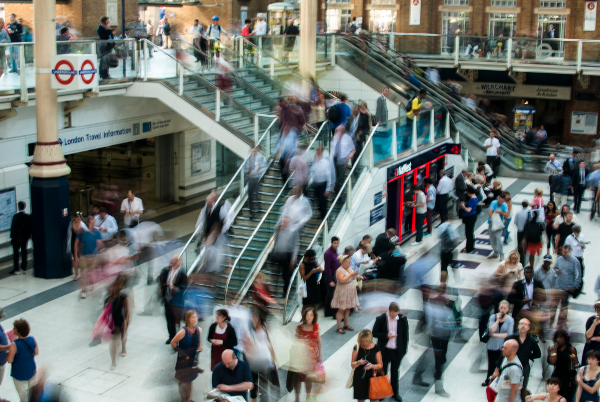 By combining the power of computers and theoretical physics, researchers believe they can build a human behaviour simulator that reveals our economy’s weak points.

In the 18th century, Belgian astronomer Adolphe Quetelet believed that the public behaved in complex patterns and that their actions could someday be predicted.

Three hundred years later and IBSEN, an EU-funded project, is finally putting his theory to the test by designing a new way of conducting controlled experiments on thousands of people at the same time - a scale which is unusual in social science research.

Researchers are using the expertise of physicists, economists, social psychologists and computer scientists to build a new online platform that can conduct experiments by asking thousands of people social and economic questions at the same time.

The idea is to reveal the nature of how people make decisions.

‘The project is about how humans behave when they interact in large systems,’ said Professor Anxo Sánchez of Universidad Carlos III de Madrid, Spain, who coordinates IBSEN.

‘With a good social simulator that has integrated real human behaviours we could test measures to improve social problems.’

With each new experiment more patterns of collective behaviour emerge and allow IBSEN to refine their simulator to get more accurate analysis of how society reacts to different policies, such as the impact of taxes.

‘If you know how the different components of a system interact you can learn a lot about the behaviour of a system as a whole,’ said Prof. Sánchez.

In a recent experiment, more than 500 subjects took part in different social dilemmas, choosing between cooperating with others for the common good or behaving selfishly.

Surprisingly, only five different patterns of behaviour were found, including people that were always cooperative and others that cooperated only if their benefit was larger than their counterparts’.

‘We could devise a model of the market that would help detect early warning signals.’

Early tests by the IBSEN teams with small groups of subjects have already revealed some interesting findings about our economy, which could lead to a better understanding of the nature of housing prices, economic booms and commodity prices.

‘One of our teams found that bubbles appear in almost every market,’ said Prof. Sánchez. ‘From subject responses we could devise a model of the market that would help detect early warning signals when bubbles are forming, allowing policy makers to react.’

One such pattern could be that under normal circumstances many participants do the same thing, creating a herding behaviour that amplifies a market bubble until it blows.

IBSEN will also test whether the size of a group will have varying influences in markets. ‘If you have a market where only six people interact, one person has enormous power to shape value. However, if you work with a hundred people and one person makes a stupid pricing decision, they rarely affect the price,’ said Prof. Sánchez.

IBSEN currently has 2 000 people in their volunteer database and expects to reach 10 000 by the end of the year.

‘The more we know about larger groups, the better position we will have to predict important phenomena, such as market bubbles or social unrest,’ said Prof. Sánchez.

Whether it’s a protest, a Mexican wave or a mob, why is it that humans come together and perform similar actions? To understand our collective behaviour, knowing how groups form is a good place to start.

‘Most animal species, including humans, are social,’ said Professor Claudio Carere, a behavioural expert from Université Paris 13, France, who coordinates GROUPIND, an EU-funded project investigating the relationship between individual and group personalities.

‘A classic example of a group's function is a flock of birds, or a school of fish, that come together to escape a predator.’

In other words, a group is several similar individuals who come together because it improves the wellbeing of everyone. It is therefore in their interest that the group is at its most optimum.

‘We are testing this with ants and starlings by creating groups with individuals of one personality. We created one group of bold individuals, another of shy individuals and a mix, then we can compare their performance,’ said Prof. Carere, who was able to deduce personality by comparing the animals' behaviour.

His work suggests that a mixture of characters may work better than putting lots of similar personalities together.

‘We expect, based on previous studies and simulations, that the best group is the one that has a combination of the best personalities,’ he said. ‘However, there might be "keystone" individuals that disproportionately affect the group, as suggested by recent studies on social spiders.’

Different mixes of personalities will have their strengths, depending on where they are needed. Sports teams need competitive players and restaurants need passionate chefs, but they also need reliability too.

‘The data from animal societies can help explain what mix of personality is the best for different enterprises,’ said Prof. Carere, who also explored individual personalities in ant colonies and how they could affect the group’s performance.

‘We think ants are mini robots programmed to be part of a colony,’ said Prof. Carere. ‘But we know now that some ants do nothing and are really lazy, about 20-25 % of them.

‘But their collective work is still amazing. When they have to lift something, first they try two, if that’s not enough they quickly form the right group.’

Our collective behaviour frames the way our society is, so it’s in our best interest to learn whatever lesson we can to improve that, even if it is from ants.