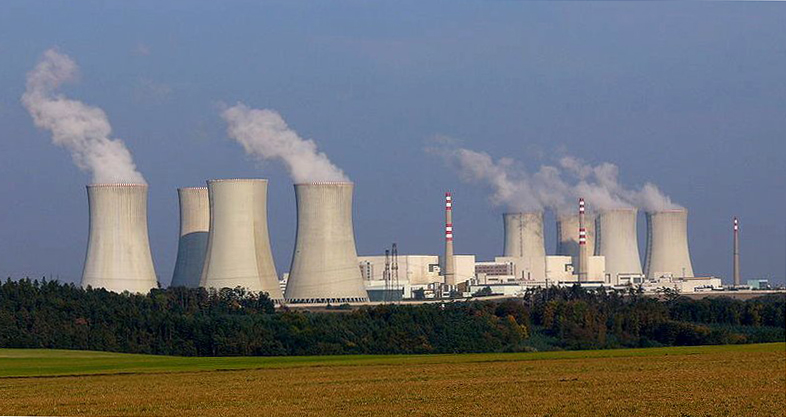 Nuclear power is one way to lower carbon emissions but there are issues around public acceptance of the technology. Image credit: 'Nuclear.power.plant.Dukovany' is in the public domain

Technologies such as nuclear power and carbon capture and storage, which are currently unpopular in many European countries, might be necessary if Europe is to meet the emissions reduction targets set out in Paris last year, according to researchers looking into the options facing Europe's Member States.

‘To completely cut carbon emissions out of the electric power system would mean more renewable energy and possibly nuclear power,’ said Gordon Mackerron, professor of science and technology policy at the University of Sussex, UK.

‘Nuclear power, and especially carbon capture and storage (where carbon dioxide is pumped back into the ground to be stored in rock or the ocean bed), offer possibilities that could have a huge effect on emissions if they can be implemented at scale, but there is also the issue of costs and public acceptance that will play out differently in each country, so large uncertainties attach to both of them.’

Some people have concerns about the safety of radioactive waste from nuclear power plants, and there are debates around the long-term impact of carbon capture and storage.

Prof. Mackerron is the coordinator of TRANSrisk, an EU-funded project assessing the most effective pathways to a low-carbon economy in the EU as well as India, China, Indonesia, Kenya and Chile. As part of their work, the project team is carrying out consultations with policymakers, small and large industry players, non-governmental organisations and citizens to understand what can be achieved.

He says that the sooner we decarbonise the electricity grid, the sooner clean energy will filter through our homes, businesses and factories, and offset fossil fuels in other aspects of our lives.

‘If we manage to decarbonise the grid relatively soon we can use electricity more widely in other sectors that currently use fossil fuels,’ said Prof. Mackerron. ‘The obvious start would be with electric cars.’

A zero-carbon power grid would provide a sustainable source of energy for road transport and further eliminate the carbon footprint of driving electric vehicles.

At the COP21 climate conference in Paris, France, in December 2015, world governments agreed to limit global warming to below 2 degrees Celsius above pre-industrial levels, and to aim to keep it below 1.5 degrees.

Temperatures are already an average of 1 degree Celsius higher than the pre-industrial era, so significant reductions in CO2 emissions will have to be made. The EU has set itself targets for progressive reductions between now and 2050.

The EU has also set up an expert group which will focus on using research and innovation to find the best ways of helping Europe transition to a low-carbon society.

‘We would need to do a lot, but otherwise we are left with a huge sector stuck using highly polluting fossil fuels,’ said Prof. Mackerron.

The TRANSrisk project will propose tailor-made low-carbon plans to the national governments, industry, environmental organisations and citizens to discuss the most realistic path forward. This input will then go towards formulating the best course of action to reduce each country’s emissions.

Another contentious but immediate action towards decarbonisation could be a higher price on CO2 emissions. This has long been seen as one of the most effective policies to help industries shift away from fossil fuels, but it has often faced resistance from businesses who see it as a threat to their competitiveness.

‘We don’t have much evidence that existing climate policies have had that type of negative impact, if anything the effect on GDP has been neutral or mildly beneficial,’ said Benjamin Görlach at the Ecologic Institute in Germany. ‘There’s no sign of carbon leakage, which is industries packing up and leaving Europe because of climate policy.’

Görlach was the project coordinator of CECILIA2050, an EU-funded project that brought together economists and lawyers to determine which policy instruments can help Europe achieve its climate targets.

‘Carbon pricing would be a very helpful element to drive decarbonisation forward in a cost-effective way, but our findings also found that the policy measures we have in place aren’t going to deliver this.’

For a carbon price to have a transformative impact, CECILIA2050 suggests that a price above EUR 70 per tonne would be required by 2020, rising to levels as high as EUR 300 to EUR 460 by mid-century.

The current price in the EU’s Emission Trading System (ETS) is around EUR 5 to EUR 6 per tonne and covers only around 45 % of the EU's greenhouse gas emissions. According to one of the project’s final reports, an effective carbon price may not be established by the late 2020s which would spell a ‘gigantic missed opportunity’ for emission reduction.

‘It’s not just about the pricing tools themselves, it’s about the right framework conditions that need to be in place. That means removing contradictory incentives, like tax exemptions,’ said Görlach.

'Public support for pricing depends on revenue use. Citizens prefer to see a tangible outcome.'

For example, company cars account for up to 50 % of all new car sales in some EU Member States. Employees typically don’t have to pay for fuel which creates little incentive to select a fuel-efficient car.

As cars are resold several times before they reach their end of life, the polluting effect of company car incentives could be felt for decades.

Another argument against a higher carbon price is the impact it will have on consumers, like clothes, food, energy bills and fuel prices.

‘For the acceptance of carbon pricing tools, the key consideration is what happens to the revenue,’ said Görlach.

‘One aspect that the CECILIA2050 research has shown is that public support for pricing depends on revenue use. Citizens prefer to see a tangible outcome, funded by tax revenue – for instance, the revenue goes into environmental projects of some sort; public transport, green infrastructure, support for low-income houses or paying for energy efficiency improvements, stuff like that.’