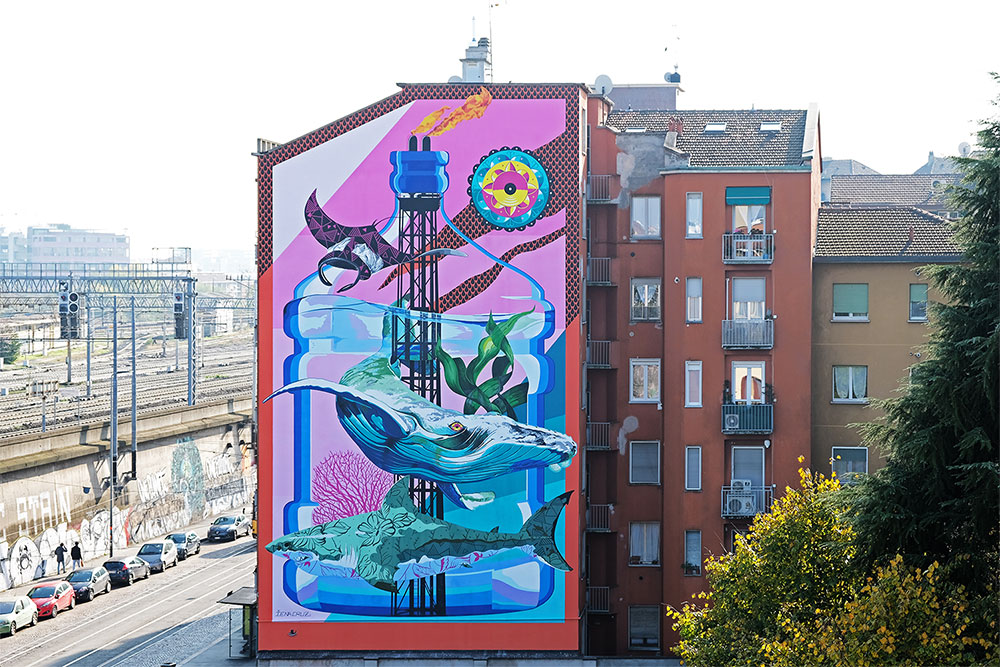 Light-activated catalysts that can neutralise airborne pollutants are being embedded in paint with a view to cleaning up city air. Image credit - AM Technology

Applying a coat of paint on the walls of a house may soon help to heat it, saving energy and reducing CO2 emissions. It could also clean the air that we breathe, breaking down chemicals and pollutants, and eliminating harmful pathogens.

In Europe, half of cities' annual energy consumption goes to heating and cooling. Despite the EU’s move towards decarbonisation, 75% of heating and cooling comes from fossil fuels, whilst only 19% is generated from renewable energy.

‘Renewable energies are not widely used, and a lot of energy is being wasted,’ said Professor Dmitry Shchukin from the University of Liverpool, UK.

He has developed a thermo-regulating paint that can absorb and release heat inside brick buildings, keeping rooms warm whenever necessary by using excess energy.

‘The main idea was to refurbish old houses with such paints,’ said Prof. Shchukin. ‘If you have an old historical house, for example, you cannot destroy it and build a new one.’

Buildings are the largest energy consumer, he says. Most are old and energy inefficient, and are responsible for about 40% of total energy consumption and 36% of carbon dioxide (CO2) emissions in the EU.

The paint, which was developed as part of a project called ENERPAINT, could be used as a form of insulation to increase the energy efficiency of old houses without spending a fortune, he says. Throughout the day, it collects heat produced by radiators or even people, then releases it at night when the temperatures drop because boilers are usually turned off to save on bills. So how does it do this?

‘It works very simply,’ said Prof. Shchukin. ‘Paint and coating manufacturers have their own paints and we just supply some additives — about 5% — to the paint.’

These additives are so-called phase-change materials (PCMs), such as paraffins, salt hydrates and fatty acids, encased in protective nanometre-sized capsules which improve heat transfer. PCMs can store large amounts of thermal energy and change states — from solid to liquid and vice versa — without altering their own temperature.

Developing this paint, which is currently being tested, is part of wider project called ENERCAPSULE, where Prof. Shchukin is designing suitable coatings to encapsulate PCMs at nanoscale to use in paints, textiles and medicines.

‘For the paints, we used salt hydrates due to their low cost and very high volumetric energy storage density,’ said Prof. Shchukin. ‘However, these were very difficult to encapsulate as they are corrosive and hydrophilic (they dissolve in water).’

He was able to enclose salt hydrates in polymer shells as small as 10nm, which protects them from the surrounding environment but also allows them to respond to the heat in a controlled way. The materials that they use have been approved by the US Food and Drug Administration but not by the European Medicines Agency, according to Prof. Shchukin.

During the day, when these energy nanocapsules absorb and store heat at their melting temperature, the PCMs turn into liquid and during the cold nights they crystallise at a defined temperature, releasing heat and warming the room, Prof. Shchukin explains.

‘The main idea was to refurbish old houses with such (thermo-regulating) paints.’

He says European, Chinese and Russian companies are showing interest in their research, and that he now hopes to make nanocapsules for paints that can help cool buildings.

Another type of paint developed and commercialised through a project called AIRLITE uses nanoparticles to purify the air. These paints can reduce pollutants, such as nitrogen dioxide, kill bacteria, viruses and mould, remove bad smells, and repel dust and dirt.

‘The purpose of Airlite (paint) was to create something that makes a difference to human health and well-being in the built environment,’ said Chris Leighton, vice president of sales and marketing at AM Technology, the company behind Airlite paint.

Air pollution is considered to be one of the world’s largest environmental health threats, accounting for 7 million premature deaths around the world every year. Fine particles and compounds such as nitrogen dioxide — like those produced by vehicles and burning fossil fuels — are found in polluted air and can seep into our lungs and bloodstream, causing heart attacks, strokes, asthma attacks and other respiratory diseases.

Airlite came up with a paint that improves air quality by breaking down airborne pollutants. ‘The basic principle is photocatalysis, a reaction that happens (naturally) in the earth’s atmosphere (to break down pollutants),’ said Leighton. 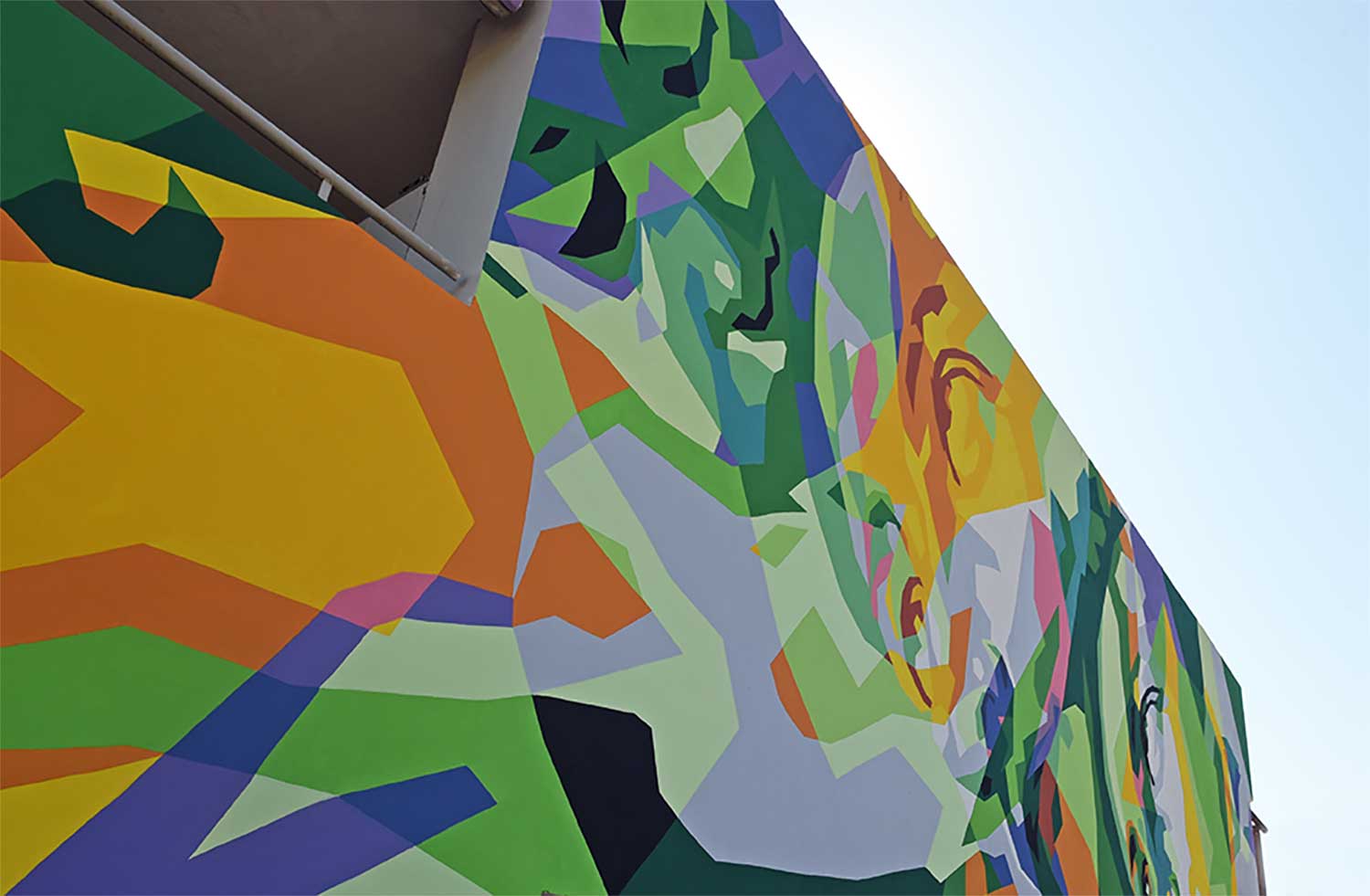 When the sun’s ultraviolet rays shine on the paint — made with titanium dioxide nanoparticles, which are catalysts — electrons are released at the surface.

The electrons interact with the humidity in the air, breaking water molecules up into highly reactive, short-lived, uncharged ions called hydroxyl radicals. These radicals attack pollutant molecules and turn them into harmless substances.

Embedding the catalysts into paint was the challenge, says Leighton. '(Traditional) paint itself is a pollutant,’ he said. ‘If you put them (catalysts) into a paint, the paint attacks itself and you would have gaseous toxins produced.'

Dangerous chemicals known as volatile organic compounds are found in regular paints, but Airlite uses a calcium base that is devoid of these. The base is a byproduct from a marble processing site in Italy and the paint itself comes as a powder to mix with water.

The paint was first tested in 2007 in the polluted Traforo Umberto I tunnel in Rome, Italy. After the tunnel was cleaned and all the soot and grime were removed, it was painted with a coat of the pollutant neutralising paint. UV lights to activate the paint’s photocatalytic properties were installed.

‘Pollution levels reduced in the tunnel after the renovation,’ said Leighton. For example, a month after renovations, the nitrogen oxide levels had reduced by 20% in the centre of the tunnel. The paint has since been used in hospitals, schools, airports, offices and homes all over the world, Leighton says.

Leighton adds that using the paint on the outside of buildings can cool indoor spaces during hot weather because it reflects heat from sunlight, saving energy that would go towards cooling and therefore reducing CO2 emissions.