Omics, sweet omics – curing the incurable, one disease at a time 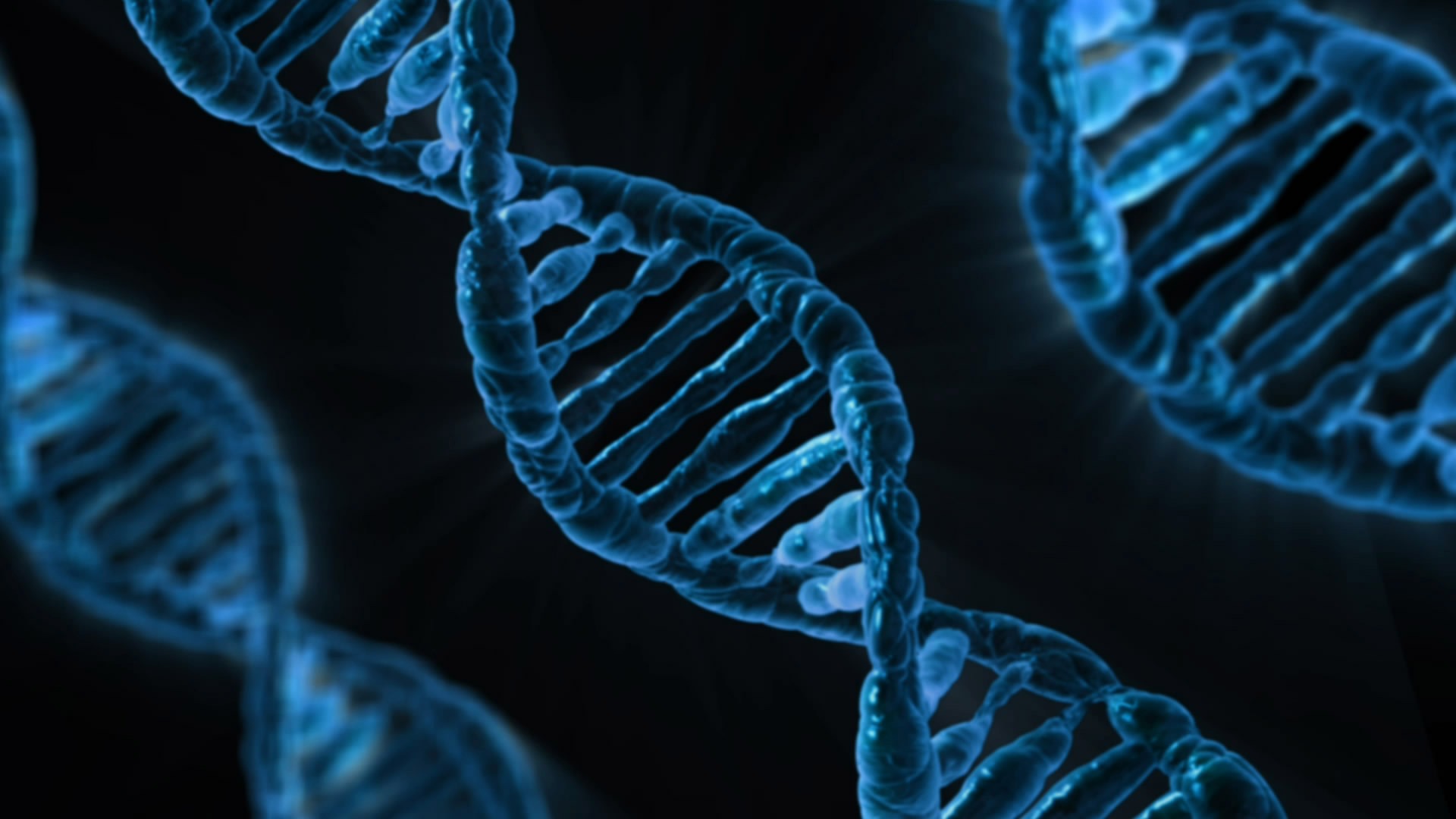 In recent years, the genetic defects behind about 5,000 of the estimated 7,000-8,000 rare diseases have been discovered, largely thanks to omics. Image credit - Pixabay/18042, licensed under CC0 Creative Commons

There are many rare genetic diseases that strike perhaps only one in a million people. Often incurable, they can be profoundly debilitating and frequently life-threatening. Though each particular disease is rare, they number in the thousands – which means that together they affect about 30 million Europeans or around 7% of us. Treating these diseases is challenging and until recently, no cure was thought to be even possible for most of them. Now, hopes are rising for people living with rare genetic diseases as new treatments are being developed.

We all harbour hundreds of rare mutations in our genetic code, mostly with little consequence. But for the unlucky few, a mutation disrupts a crucial bit of DNA encoding, leading, for example, to production of a toxic protein.

Genomics – sequencing a patient's entire genome and comparing it with those of other, similar patients – leads scientists to the mutations behind some of these disorders. Exomics is a clever shortcut where sequencing is confined to important stretches of the genome.

But so-called omics technologies now go far beyond genomics and exomics. With the formidable computing power now available, scientists can assemble other personal biological catalogues, which enable them to figure out what part these genes play within the labyrinthine processes that make up a functioning human.

These catalogues include proteomics – analysis of the entire set of proteins in the body, transcriptomics, or scanning for those genes that are actually switched on, and metabolomics – screening for the substances produced en route to the final product.

In December 2017, in a breakthrough result that was described as 'phenomenal', it was announced that sufferers from the rare and fatal genetic disorder called Huntington's have responded well in a trial of a new drug that targets the cause of the disease which, until now, has no known cure. The work was part of the Neuromics project, which is using an omics approach to develop better insight into and treatment for 10 rare diseases.

This success is just beginning to scratch the surface. In recent years, the genetic defects behind about 5,000 of the estimated 7,000-8,000 rare diseases have been discovered, largely thanks to omics. There are now over 200 treatments and the International Rare Diseases Research Consortium, which aims to speed up progress, has set the goal of producing therapies for 1,000 diseases by 2027.

'Genetic diseases have had no treatment and we're making the first big steps to therapies that work,' said Professor Hanns Lochmüller, of University Medical Center Freiburg in Germany, a committee chair with the consortium.

Three EU-funded projects which launched in 2012 have been major contributors to these developments so far – Neuromics, EURENOMICS, and RD-CONNECT, a research platform. These projects exploit the revolution in genomics that has brought the time and cost of sequencing of a human genome tumbling. The sister omics technologies all play their part.

The Neuromics project has now sequenced the genomes of over 1,000 patients and family members, discovering over 100 genes for neuromuscular and neurodegenerative diseases. EURENOMICS, meanwhile, has been involved in the discovery of nearly 30 genes for kidney disorders.

The scientists have developed disease models in flies, fish, worms and mice to aid further understanding and to facilitate testing of drugs.

Other recent successes have been the launch of drugs that can halt the progression of amyloid neuropathy, a neuromuscular disease that can spread to the heart, and spinal muscular atrophy, which, in its most severe form, can be terminal by the age of two. Babies with the latter who were given a new treatment are still alive four years later, with some even starting to walk.

'This is now a marketed drug becoming available to patients across the EU,' said Prof. Lochmüller, who is also co-ordinator of RD-CONNECT.

Sometimes, on the other side of this mountain of research, lies a magically simple solution. This was the case for a six-year-old boy described by Professor Franz Schaefer of Heidelberg University Hospital in Germany, who leads EURENOMICS. The boy, diagnosed with steroid-resistant nephrotic syndrome, which can lead to kidney failure, was found to have a gene variant that impaired production of the enzyme, CoEnzyme Q10. Luckily, it’s a supplement that is readily available in health food shops.

'It is quite amazing,' said Prof. Schaefer. 'It really is active and is able to more or less stop the disease process or at least attenuate the progression.' It works in one-tenth of sufferers from genetic nephrotic syndrome.

Meanwhile, Prof. Schaefer highlights a wave of emerging drugs that can tackle diseases such as atypical haemolytic uremic syndrome (aHUS), collectively known as complement disorders. There is already a drug for aHUS but it is one of the world's most expensive, at €400,000 per year.

'This line of research could really help to facilitate access to cheaper alternatives to existing therapies,' said Prof. Schaefer.

But of course, for many rare diseases, it's not as simple as replenishing an everyday chemical with a store-bought supplement. Researchers must go upstream to where the mutated gene is issuing defective instructions.

Trying to fix the mutation itself is complicated. An ingenious solution is to home in on the moment when the defective gene is being read by the cell’s machinery. This is when DNA's counterpart – messenger RNA – makes a copy of the instructions and ferries it to the protein manufacturing site.

A new family of drugs, antisense oligonucleotides, can intercept this mRNA. In a Huntington's sufferer, the drug prevents instructions being from translated into a toxic protein. With spinal muscular atrophy, it repairs a defective instruction.

Unfortunately, a single gene mutation can lead to different symptoms in different patients – muscle problems in one, skin problems in another. Conversely, identical symptoms can turn out to have a variety of genetic causes.

One reason, says Prof. Lochmüller, lies in what happens along the body's complicated metabolic pathways. Like a driver crossing the city, a chemical’s fate depends on how it is handled on its journey. A driver might succumb to traffic lights or speed cameras whereas a protein is marshalled by genetically controlled modifiers. It is variations in these controllers that can cause the different outcomes seen in the clinic.

The search for drugs that influence these modifiers is a hot subject at the moment – not least because one might control the pathway of several diseases – just as a traffic light may halt different vehicles.

Omics technologies are already delivering but they can only be as successful as the data they feed on – patient samples, and information about their symptoms and characteristics, or phenotypes. Since any one country might yield only a handful of these sufferers of rare disease, this data collection is notoriously difficult. The projects have devoted much energy to galvanising international researchers to work together. Now that they have drawn to a close, they hope that successor projects, such as SOLVE-RD, and the continuation of RD-CONNECT – will keep up the pace. 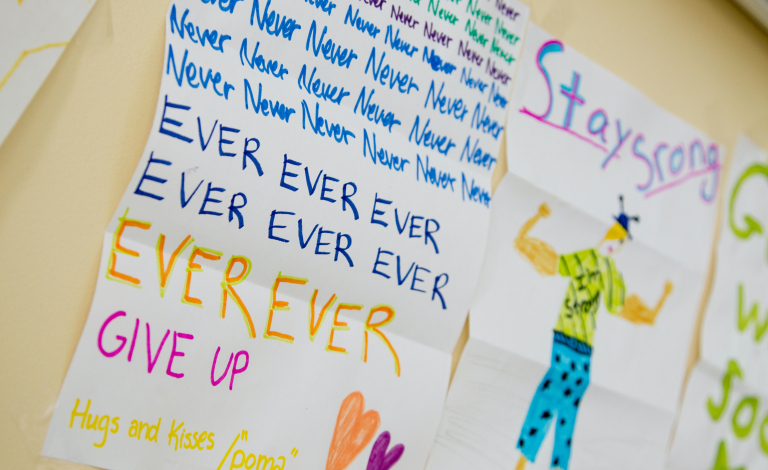