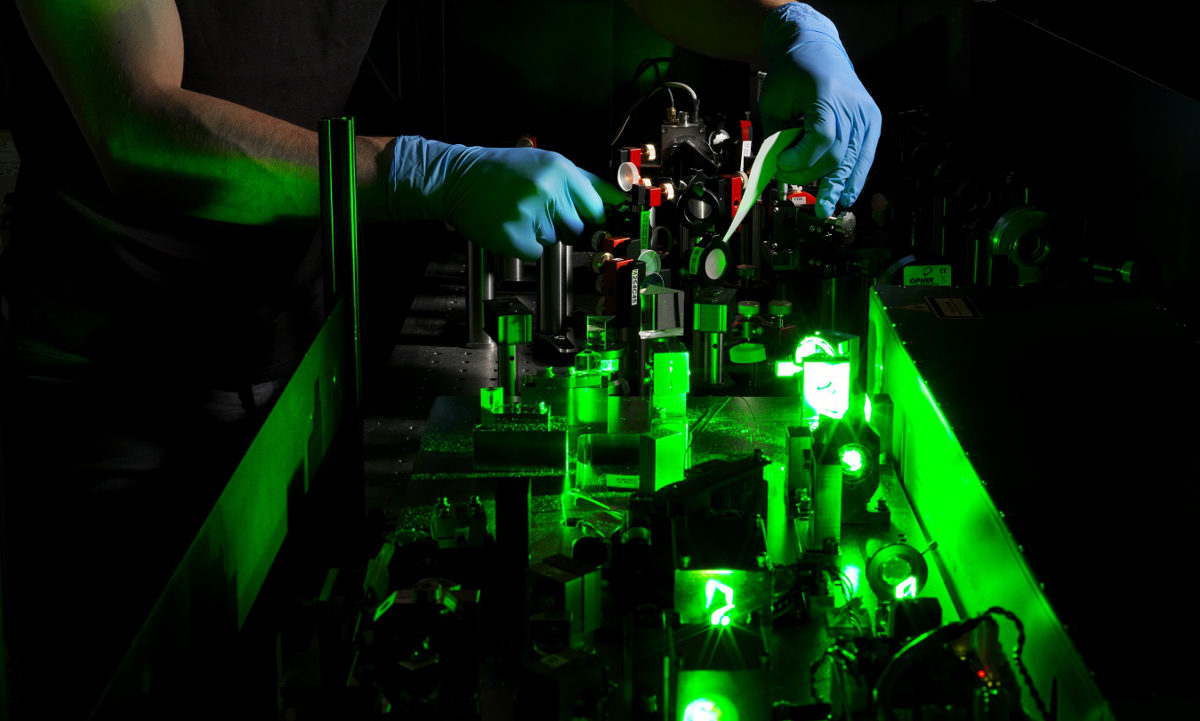 Measuring energy fluctuations in the nucleus of a rare radioactive element could improve the accuracy of GPS from metres to centimetres, while marbled volcanic magma is being used to create eruption countdowns, thanks to groups of European researchers who are pushing the boundaries of timekeeping.

From grains of sand in an hourglass to the position of the sun, people throughout history have used different physical attributes in order to accurately tell the time. Today’s gold standard of timekeeping are so-called microwave atomic clocks, which use microwave radiation to measure the oscillation of electrons within a caesium atom.

The best of these are off by just one nanosecond in a month.

Atomic clocks are used in the synchronisation of our increasingly complex power networks, stock markets and mobile phone communications, but they don’t just set the world’s time. In the same way that the first portable timepiece allowed sailors to navigate at sea, the relationship between distance and time means atomic clocks underlie today’s satellite-based global positioning system (GPS).

However, while our standard GPS system allows triangulation of a device’s location to within a few metres, Dr Simon Stellmer, a quantum optics researcher at the Vienna University of Technology in Austria, says increasing satellite clock accuracy could cut this to a few centimetres, supporting not only autonomous driving, but potentially also the mobility of millions of blind people around the world.

‘We want the same, stable clock in the US, in the EU and on the moon.’

‘If you could have a cellphone or device that is able to navigate blind people through cities with a few centimetres’ precision, this would improve their standard of life tremendously,’ explained Dr Stellmer.

For this, an optical clock is needed, which uses laser light rather than microwave radiation. In an optical atomic clock the movement of electrons in an atom sets the frequency of a laser which is used as the equivalent of a pendulum in a grandfather clock.

Optical atomic clocks are 100 times more accurate than the microwave versions, but are susceptible to environmental interference, limiting their use in satellites. Thus, the EU-funded nuClock consortium Dr Stellmer is coordinating is creating a different kind of optical clock.

‘Instead of electrons in an atom, it would be much nicer to use the nucleus, which is one hundred thousand times smaller and less sensitive to environmental perturbations,’ Dr Stellmer said.

‘We want the same, stable clock in the US, in the EU and on the moon, one that is not dependent on temperature, electric fields or any other freaky environmental effects.’

nuClock team members from Ludwig-Maximilians University in Munich, Germany, last year confirmed the existence of a long-suspected quirk in the rare radioactive element Thorium 229. This Cold War research by-product is unique in that it has a relatively tiny energy fluctuation that occurs in the nucleus, small enough to allow the creation of a nuclear clock.

Eight teams within nuClock, which is funded under the EU's Future and Emerging Technologies programme, are now striving to find a way of measuring this oscillation, with at least two hoped to succeed by 2017. Their goal is to have a working optical nuclear clock prototype ready by the project's end in 2019.

Dr Stellmer says this prototype might allow the measurement of the drift of fundamental constants in physics, or have practical applications in geodesy — the study of the earth’s geometry, space orientation and gravity, and how these change with time.

Because such clocks are so precise they give a more accurate measurement of how time runs differently at varying heights due to gravity, which could be used to investigate underground processes or cavities filled with substances of different density.

‘Prediction of earthquakes and volcanic activity would be something that one could try to measure, and our clocks could also be used for underground exploration, measuring gravity and its gradient, to learn if there are cavities, oil, gas, or whatever underground.’

At the other end of the scale, the CHRONOS project, based in Perugia, Italy, is mixing magma to develop countdowns for volcanic eruptions.

Dr Diego Perugini, who leads the European Research Council-granted project, says most of the earth’s last 100 volcanic eruptions were caused by the phenomenon of magma mixing.

This happens when fresh, high-temperature magma bubbles up into a volcano chamber filled with stable magma, releasing heat and gas as it mixes. This forms gas bubbles, lightens the magma viscosity and builds pressure — and if this pressure is strong enough, it eventually forces the magma up through the volcano channels and surges out in an eruption.

Dr Perugini says evidence of the extent of this magma mixing - and therefore the length of time between its start and the volcano's eruption - is fossilised in volcanic rocks.

‘With a cappuccino, the longer you stir milk and coffee, the higher the homogeneity of the mixture and the very same is true for magma. So the idea behind CHRONOS is to use the rock composition like a broken clock at a crime scene; it tells you the time of the incident.’

To do this, the team have created the world’s first laboratory magma-mixing machine, which melts and blends samples of volcanic rock components, employing chaotic mixing protocols to recreate a volcano’s magma-mixing reaction. This reveals the maximum time from the start of mixing to eruption — essentially a geochemical stopwatch.

Since every volcanic system is different in terms of the subterranean structure and the kind of magma present, such a countdown would be different for every volcano.

The team last year created its first countdown, for the restless volcanic caldera of Campi Flegrei, close to Napoli, Italy. It was found to have a maximum countdown of 20 minutes.

The next step is to investigate nearby Vesuvius, as well as the Soufrière Hills volcano, on the Caribbean island of Montserrat, to create an inventory of these eruption timescales.

If the countdowns are long enough, CHRONOS will try to find links between magma mixing and geophysical signals like earthquakes or ground deformation — something which Dr Perugini hopes could be used as the basis for precise prediction of eruptions.