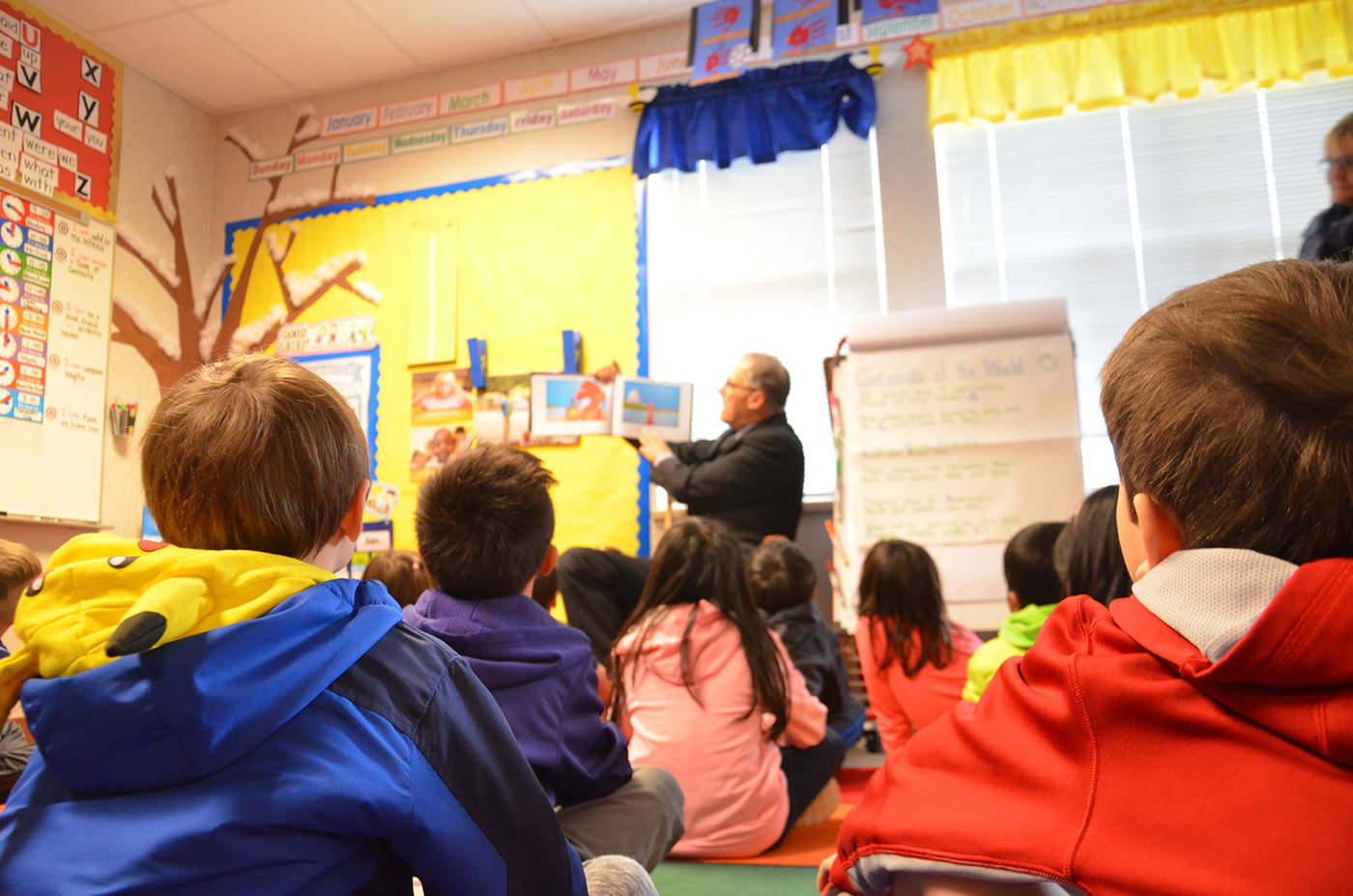 Diagnosing dyslexia before children start to read would be the 'holy grail' for researchers. Image credit - Jay Inslee, CC BY-ND 2.0

Most children are able to learn language almost effortlessly. But for those with communication disorders such as dyslexia, mastering their native tongue can be a challenge. Researchers are exploring how links with noise, language and motion could help diagnose problems earlier and pave the way for better treatment.

Dyslexia is a learning disorder affecting 5% to 12% of children that results in reading difficulties. The condition is typically identified years after a child starts learning to read which delays when they get help, such as coaching by experts.

‘Trying to identify dyslexia before they even learn to read would be the holy grail,’ said Dr Mathieu Bourguignon, a researcher at the Université Libre de Bruxelles in Belgium. ‘It’s best to start to work with a kid once you think they have a problem.’

Dr Bourguignon and his colleagues want to see if measuring kids’ brain activity when they try to process sounds in a noisy environment could help diagnose dyslexia earlier, as part of a project called DysTrack. Children with dyslexia are thought to have difficulty reading because they have trouble recognising sounds – a problem that becomes more pronounced when they listen to speech in noisy environments compared to people who don’t have the disorder.

‘If their ability to understand speech in noise is too low, that could be a sign that they are at risk of developing dyslexia,’ said Dr Bourguignon.

So far, tests with about 100 children who don’t have dyslexia have confirmed that there is a correlation between reading skills and the ability to perceive speech when there is noise. The team is now starting to analyse data from dyslexic children. Preliminary results suggest that some aspects of their brain activity are strongly linked to understanding words in noisy environments.

‘That’s extremely interesting because it means that dyslexia isn’t just poorer reading skills than other kids,’ said Dr Bourguignon. ‘It looks like there is really something in their brain that is doing something differently.’

Dr Bourguignon foresees that kids could be tested in kindergarten to see if they are at risk of developing dyslexia. The process would simply involve putting electrodes on their scalp while they watch a video with added noise.

The team is also investigating new ways of treating dyslexia. Neurofeedback – a brain training method where electrodes on the scalp can be used to generate a real-time display of brain activity – could help. A child would use the system repeatedly while listening to speech in noise, and by focusing on the words of the person talking, for example, they could get a bar on a screen to move higher and thus tune their brain activity.

Perhaps less intervention would be needed if children prone to dyslexia are identified when they are much younger. As part of the PredictAble project, Dr Barbara Höhle from the University of Potsdam in Germany and her team are investigating whether they may already show signs of abnormal language development as babies.

‘There is some research that shows that these children already have some indications in the way they perceive language and how they process language input from very early on,’ she said.

The team is also interested in how linguistic differences play a role in language disorders. The rhythmic pattern of languages like German, for example, helps six-month-old infants learn to recognise words when they listen to someone talking. However babies with developmental language problems may not have the same ability.

‘We would like to find out if they have the same capacities to process rhythmic information as children with typical development,’ said Dr Höhle.

If a toddler does not produce a certain number of words when they’re two years old, for example, close observation is recommended. However, at least half of children with a low vocabulary will catch up to their peers in the next year.

Using multiple techniques could identify infants at risk of dyslexia though. Results from EEG tests – which record brain activity – could be combined with outcomes from behavioural tasks and brain imaging, for example, to give a better prediction than a single test.

A member of the PredictAble team has already developed new algorithms for analysing data from several sources. ‘We made improvements that in the future can help to provide better research tools but also in the long term could be used in diagnoses,’ said Dr Höhle.

Scientists are also trying to pin down how different brain regions are involved in dyslexia to better understand the disorder – and have already unearthed some surprises.

The outer layer of the brain – the cerebral cortex – is currently thought to be responsible for communication abilities. But recent experiments have shown that subcortical structures, which receive information from sense organs such as eyes and ears before it reaches the brain, are involved in speech recognition too.

Dr Katharina von Kriegstein from TU Dresden and the Max Planck Institute in Leipzig, Germany, has found that dyslexic people have less connectivity between the cerebral cortex and the subcortical structures when communication is processed. But they were surprised to find that connectivity was specifically reduced in pathways involved in processing motion, which is key to producing speech with our mouths.

'There are indications that (dyslexic people) have difficulties with lip reading, so recognising the visual part of speech.'

‘That’s quite interesting because there are indications that (dyslexic people) have difficulties with lip reading, so recognising the visual part of speech,’ said Dr von Kriegstein.

The team hopes that new insight into the mechanisms behind dyslexia, which is being carried out as part of the Sensocom project, will be used to improve behavioural training programmes. It could also help with diagnosis and distinguishing between subtypes of the condition since not everyone with dyslexia displays the same behaviour.

‘If we were able to say (that) this type of dyslexia has this type of neural signature and would probably profit from this type of therapy that would be much better,’ said Dr von Kriegstein.

This article was updated on 9 January to add an affiliation for Prof. von Kriegstin.