No one yet realises what the quantum internet will enable us to do – Prof. Ronald Hanson 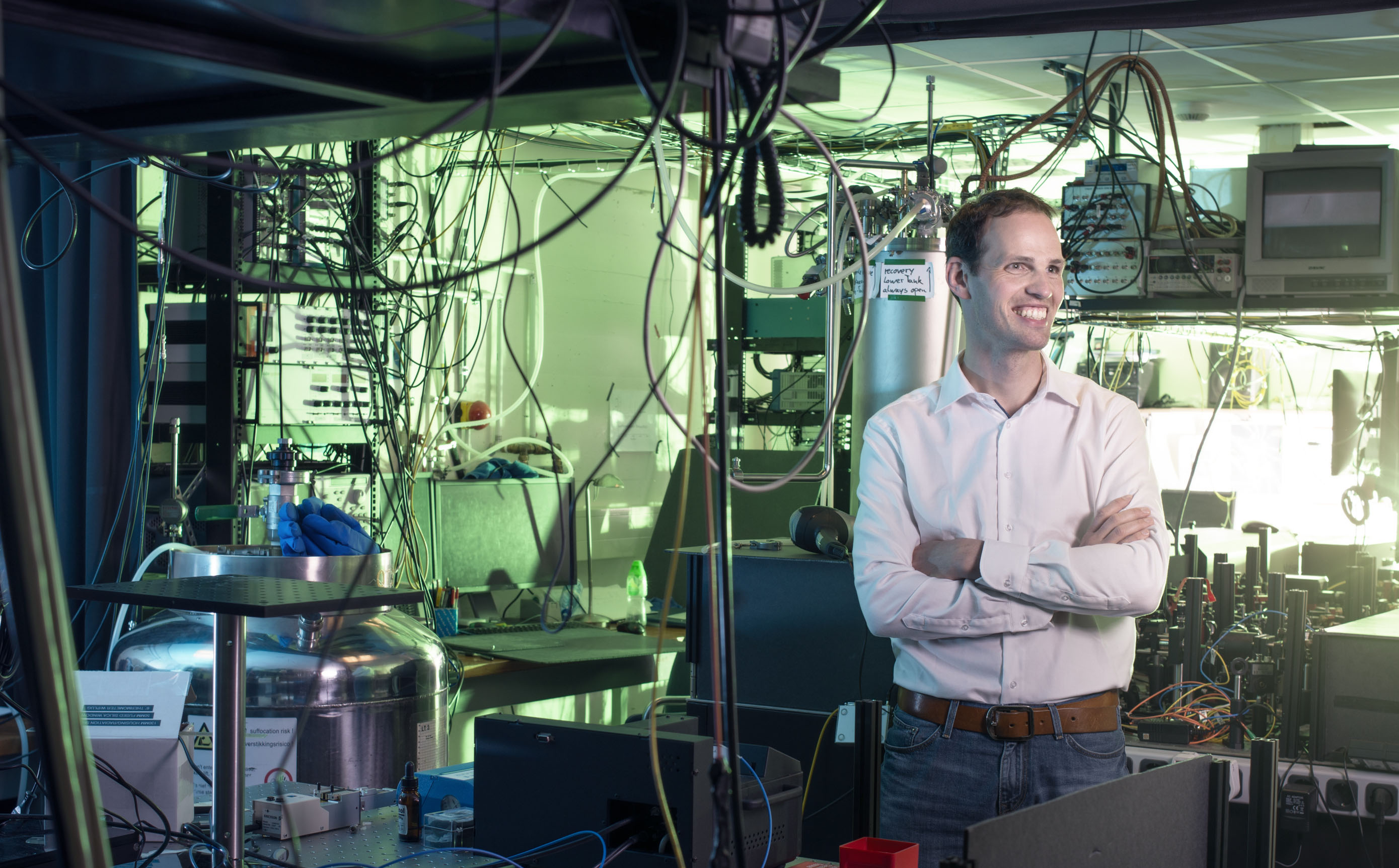 The quantum internet, which connects particles linked together by the principle of quantum entanglement, is like the early days of the classical internet – no one can yet imagine what uses it could have, according to Professor Ronald Hanson, from Delft University of Technology, the Netherlands, whose team was the first to prove that the phenomenon behind it was real.

You are famous for proving that quantum entanglement is real, when in 2015 you linked two particles that were 1.3 kilometres apart. But the main objective of your work has always been to connect entangled particles into a quantum internet. What could such a network enable us to do?

‘One of the things that we could do is to be able to generate a key to encode messages with. (Using the quantum internet) the security of that key would now be based on this property of entanglement, and this is basically the properties of the laws of physics.

‘You will get a means of communication whose security is guaranteed by physical laws instead of (by) assumptions that no one is able to hack your code.

‘That’s probably the first real application, but there are many, many more applications that people are thinking about where this idea of entanglement, this invisible link at a distance, could actually be helpful. For example, people have calculated that you can increase the baseline of telescopes by using quantum entanglement. So, two telescopes quite far apart could have better precision than each of them individually would have. You could envision using this quantum internet to create entanglement between atomic clocks with different positions in the world and this would increase the accuracy of timekeeping locally.’

So the quantum internet is primarily a tool for encryption?

‘There is no quantum internet as of yet. And if you think back to the time when people were developing the classical internet, I don’t think anybody was really thinking about the applications that we are using it for right now.

‘The information disappears on one side and reappears on the other side.’

‘The first real users of the internet were like, “Ok there is a big computer somewhere in one place and I’m in the other place and I actually want to use that computer because computers are very expensive, so how can I make use of that computer remotely? Well, I need an internet to connect to it.”

‘And now we are using the internet in a totally different way. We are all part of this huge global information highway. And I think some of the same things could happen with the quantum internet. It’s very hard right now to imagine what we could do (with it), and I think it is even harder than with the classical internet because this concept of quantum entanglement is so counterintuitive that it is not easy to use your intuition to find applications for it.’

How do you envisage the quantum internet? How would we use it?

‘The quantum internet allows you to do some extra stuff, some things that you cannot do with the normal internet that we have. But, on the other hand, it is also much harder to implement and much more costly in terms of use.

Back in 2014, you announced that you connected particles three metres apart and ‘teleported’ information between them, as part of your work on the HYSCORE project, funded by the EU’s European Research Council. In what sense was this information teleported?

‘Quantum teleportation is the idea that quantum states - and they contain information of course - disappear on one side and then reappear at the other side. What is interesting there is that, since the information does not travel on a physical carrier, it’s not encoded in a pulse of light, or in a letter, it does not travel between sender and receiver, it cannot be intercepted. The information disappears on one side and reappears on the other side.

‘Quantum teleportation is the most fundamental operation that can be done on the quantum internet. So, to get entanglement distributed over long distances you are actually teleporting the entanglement from one node to the other.

‘In a classical network you send your data package, and there is an address contained in that, and the router will read off that information and send it on to the next node. We don’t want to do that with these quantum signals. We want to send these quantum signals by teleportation so they don’t have to go through the (optical) fibre, they disappear in one side and reappear in the next.’

Your work is based on this crazy concept of entanglement. What is your personal opinion of how entanglement works?

‘What I have learned is to let go of all my intuition when I talk about quantum entanglement. Any analogy you try to make with something in the world that we see around us will fail because it is a quantum concept and we don’t really see quantum concepts in our daily lives. So I have given up on trying to have a daily-life explanation of what entanglement is.’

In the quantum world, it is believed that particles can be in multiple states at the same time. However, as soon as we observe them, one state is picked.

Under the principle of quantum entanglement, a phenomenon dubbed by Einstein as ‘spooky action at a distance’, two particles become linked and their information is correlated. It means for example that when one is observed – and picks one state – its linked partner always picks the opposite state.

It is this principle that underpins Prof. Hanson’s quantum internet, where states are immediately ‘teleported’ between linked particles.