Next wave of renewables to drive urban energy revolution 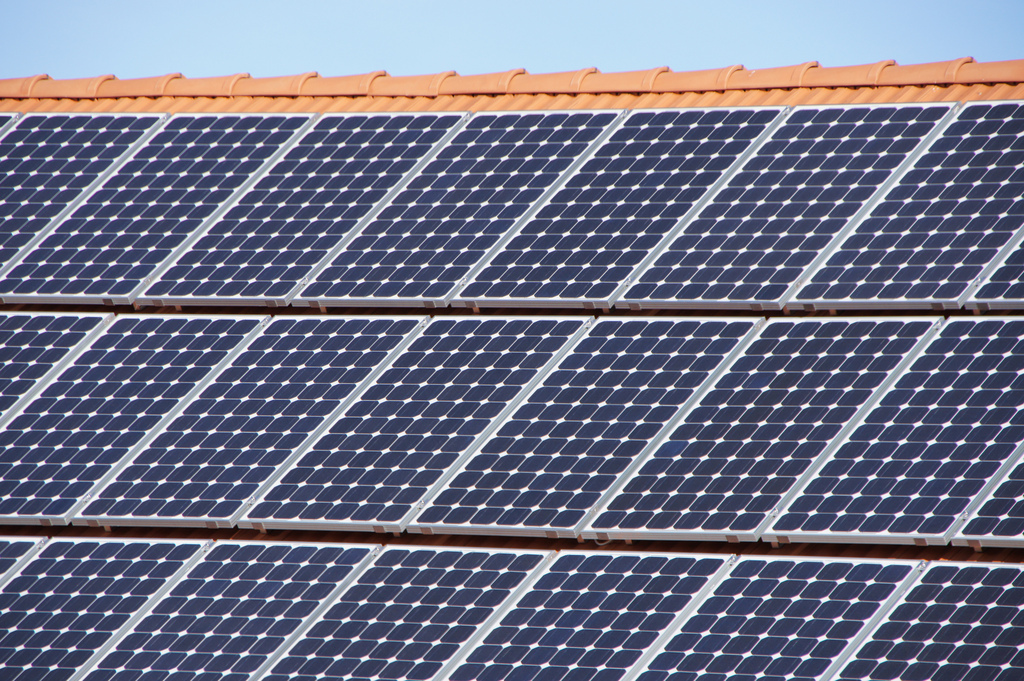 Energy use in buildings accounts for 40 % of the EU's energy consumption. Image credit: Flickr/Martin Abegglen

Researchers are hoping to usher in an urban energy revolution by fitting our homes with third-generation solar cells, micro wind turbines and seasonal energy storage.

The idea is that moving energy production from remote power plants to the local neighbourhood will increase the uptake of renewable energy, a move that could cut energy bills for consumers as well as decrease greenhouse gas emissions.

One way researchers hope to do this is through so-called third-generation solar cells, which are cheaper, thinner and potentially more efficient than ones currently in use.

Professor Adélio Mendes from the University of Porto, Portugal, is project coordinator of the EU-funded GOTSolar project, which is aiming to produce a commercial solar cell from perovskites, a material with a specific crystalline structure.

‘Perovskite solar cells may become as much as 70 % cheaper than the conventional technology,’ said Prof. Mendes. They can also be up to 250 times thinner than the current silicon versions and offer potentially better efficiency.

Since their humble beginnings in 2009, the power conversion efficiency of perovskite cells - the amount of radiation from the sun that the cells can convert to electricity - has leapt from 3.8 % to more than 20 %, around the same level as silicon-based cells.This could all make perovskite cells much more appealing for developers to install in new buildings.

However, there are still challenges before they can be used in a domestic setting.

‘One of the components used (in the cells) is dangerous, it’s lead,’ said Prof. Mendes. ‘Though present in minute amounts, two pathways are being developed to address this challenge, the full encapsulation of solar cells and the development of lead-free light absorbers.’

Perovskite solar cells can also break down very quickly so the researchers are working to increase their stability by testing a breakthrough technology which puts a thin layer of glass on the cells using lasers.

‘(Perovskite solar cells) developed in 2013 had only minutes of stability,’ said Prof. Mendes. ‘Results by GOTSolar’s partner EPFL show a very long stability of 250 hours, but it will probably stay stable for many, many more, if properly sealed using a laser-assisted glass sealing technology.’

By the end of 2018, he hopes to develop a device that demonstrates the scalability of their technologies and produce the first perovskite solar module with a lifespan of 10 years.

In the meantime, researchers have just built the first PowerNEST, a wind- and solar-powered energy system that can be installed on top of new and existing buildings. It is specifially designed to capture and amplify the wind in urban environments - which flows towards a building and accelerates upwards - meaning that it can generate energy even with the slightest breeze.

‘The main idea of PowerNEST is that it makes use of the upflow of wind caused by the facade of the building and then also accelerates it internally,’ said Diana Kiss, R&D Manager at IBIS Power, which has developed the system with the help of the EU-funded IRWES project. This way the wind turbine inside the unit is able to generate more energy and run more hours during the year.'

Kiss says that for a coastal city, like Amsterdam, the PowerNEST system could generate between 20 000 and 22 000 kWh a year for a ten story apartment building. ‘One household in the Netherlands uses on average 3 000 kWh per year, so one unit can power around seven households. And if you don’t use the energy you generate, it goes back to the grid.’

The PowerNEST system uses the kinetic energy caused by wind flowing up a building to generate energy. Video courtesy of IBIS power.

Because you can place one or more PowerNESTs on most buildings higher than four storeys, installing multiple units could create an urban wind farm.

‘If this technology overcomes all its problems you may see (perovskite solar cells) everywhere.’

Before renewable energy is the go-to energy source for city dwellers, however, it has to overcome one perennial issue – how to generate energy when the sun doesn’t shine or the wind doesn’t blow.

The EU-funded EINSTEIN project is tackling this problem with a seasonal thermal energy system (STES) where solar energy is harvested from a neighbourhood during the summer and used in the winter.

In the summer, the system captures energy which is stored in a huge insulated water tank where temperatures can reach up to 90 degrees Celsius.

Temperatures drop slowly, but once the stored water can’t supply the required heat, a specially designed heat pump inside the tank uses electricity from the grid to transfer warm water from one place to another. This increases the temperature in a more energy-efficient manner compared to conventional water heaters.

While STES systems are already in use, particularly in northern Europe, the EINSTEIN project hopes that the addition of a heat pump will help to drastically reduce energy use in buildings, which account for 40 % of the EU's energy consumption.

‘This can be a potential technology for the future to reduce the energy consumption of buildings and to be less dependent on fossil fuels,’ said Patricio Aguirre Múgica from Spanish research institute Tecnalia, which coordinated the project.

EINSTEIN had two demos, one in Bilbao, Spain, that uses an under-floor heating system, the other in Poland using radiators. The idea was to explore the different climates of Europe and the practicality of a STES.

‘We have made an estimation of the size of the facility and found that at the current cost of electricity and natural gas, it would be profitable in the centre of Spain. That is valuable not just for Spain, but for Portugal, for middle and north Italy and countries like Bulgaria and Hungary,’ said Aguirre.

‘It is not as profitable elsewhere, but once the price of gas and CO2 emission rates increase, there will be an opportunity for STES technology.’