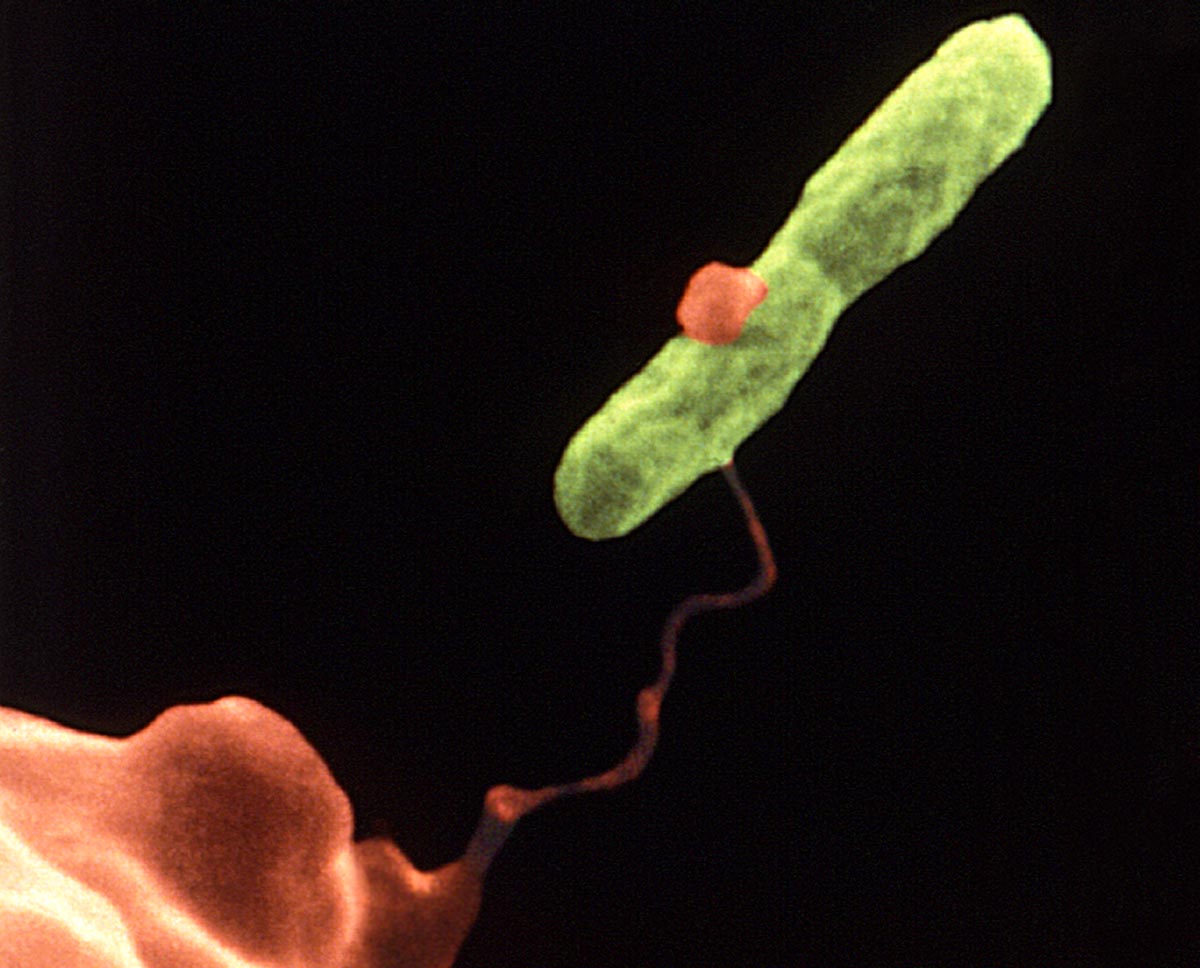 Speedy, affordable water tests that can be used in on location and even run continuously will help scientists identify disease-causing bacteria in under an hour and potentially reduce the spread of common illnesses such as diarrhoea, which kills an estimated 842,000 people every year.

Hundreds of millions of samples are tested each year to detect harmful bacteria in drinking and environmental water, food and beverages, but tests can take days or, in some cases, even weeks to provide definitive results. By then, many people may have fallen ill from diseases caused by bacteria such as E. coli or legionella.

Shrinking the laboratory to the size of a home printer – and bringing down test times to an hour or less – could help to stop outbreaks in their tracks and keep people safe.

That's the aim of a new system which uses a technique called immunomagnetic separation to pinpoint legionella cells in a sample of concentrated drinking water. The huge benefit is speed, because it does not depend on cultivating generations of bacteria to reach the concentrations necessary to identify and count them, which can take up to two weeks for reliable results.

‘We can concentrate and purify the sample magnetically, without any cultivation or enrichment techniques,’ said Dr Daniel Schaffhauser, chief technology officer at Swiss-based rqmicro, the company that developed the platform as part of a project called CellCount.

‘That is where we can save time,’ he added.

The sample is mixed with a cocktail of specific antibodies developed by rqmicro that are coupled with tiny magnetic beads, as well as fluorescent labels. Once a target pathogen binds with the antibody, a magnetic field draws the beaded cell away from the rest of the sample. And, bound with the fluorescent tag, it can be counted in a high sensitivity flow cytometer – a system for scanning and detecting the target bacteria. 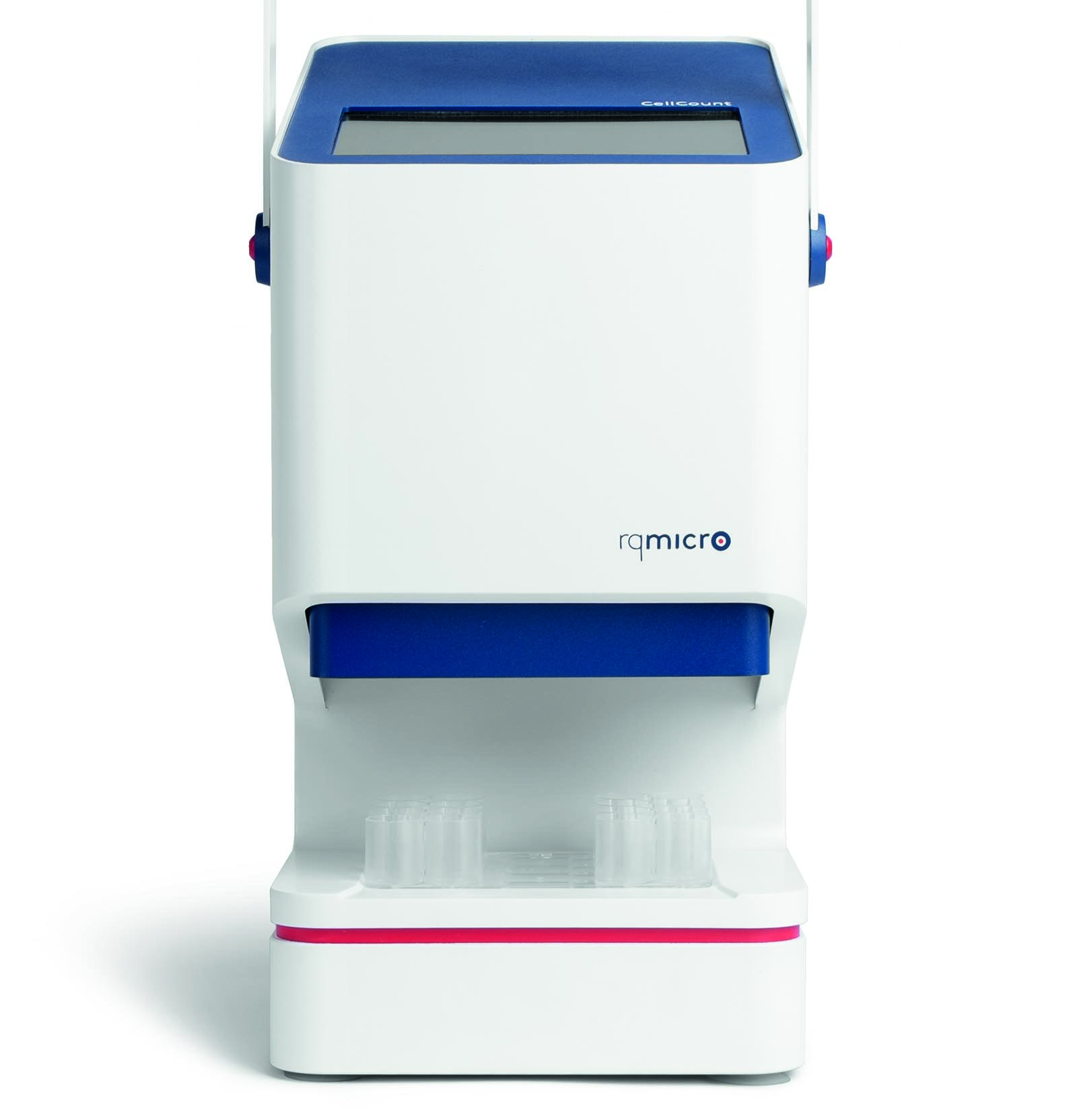 The platform uses a disposable cartridge-type arrangement along the lines of a home printer, which contains the antibody cocktails and the system for circulating the sample. Since no liquids leave the cartridge, the sample and the other liquids are entirely contained at all times, eliminating the risk of contamination or the need for disinfection between tests.

The detection system has been developed to maintain its accuracy in the field, rather than the stable conditions of a research laboratory.

The focused testing and more effective decontamination procedures require less energy and chemicals. The system can be used for near-continuous monitoring of drinking water supplies and is already in use by water laboratories in Europe to detect legionella, with rapid results helping to locate sources of infection.

Dr Schaffhauser said rqmicro has seen strong interest in analysing and monitoring water used in industrial processes and cooling towers, such as those common at power plants, chemical factories, or refineries.

The system can be tailored to any number of other pathogens. ‘The technology is very general, so we see applications not only in drinking water, but also in broader microbial diagnostics,’ Dr Schaffhauser said.

‘Wherever you want to have microbial analysis, you just have to find the right antibodies, and the rest is already in place,’ he added.

The costs of tests are between €17-25, making it competitive with most current testing methods, but with the advantage of speed. And while testing equipment would be relatively expensive, this could come down as economies of scale come into play.

Rather than doing one-off tests when a pathogen has already been discovered, however, another approach is to continuously monitor water to provide an early-warning system that a particular bacteria may be present.

This is the aim of another Swiss-based biotech firm, bNovate Technologies AG, which has been developing technology to automatically and continuously monitor water flows for problematic bacteria, dramatically reducing the current measurement time from several days to just minutes.

‘We are particularly pleased with its effectiveness in helping to prevent people becoming sick, providing an early warning system for contamination of drinking water systems.’

Its first commercialised system, BactoSense, rapidly counts the total number of bacteria in a water sample, one of the crucial tests used by utilities to assess water quality. Through a project called ColiSense Online, a second-generation instrument will be able to specifically target E. coli, making it possible to carry out another essential test and replacing slow, culture-based methods which are the standard.

‘So by bringing this kind of testing to an automated and compact machine that can give rapid results, we are able to greatly reduce the cost of each test,’ he added.

bNovate’s ColiSense system operates using a recyclable cartridge, concentrating the water sample, staining the E. coli cells and analysing them to count the bacteria present. The system aims to provide automatic, remote monitoring that can raise an alarm if the pathogens reach problematic levels.

‘Each cartridge can be left in place for hundreds of tests,’ Dr Grasso said. ‘So the system does not need any human intervention for up to a couple of months, even if it is testing water several times a day.’

Through automation and monitoring from a distance, bNovate has reduced the amount of human intervention and eliminated the need for laboratory time, helping to shrink the price of BactoSense water tests to about €1 each – a fraction of the costs associated with older testing methods. The company aims to achieve the same price range for ColiSense.

While the BactoSense system is already in use by water utilities, and the ColiSense system is expected to be rolled out to those users too, Dr Grasso sees potential for the system not only at the start of the water purification and distribution system, but also in facilities such as hospitals, where the risk of water contamination can be high. It could even be suitable for industrial applications, such as in the beverage industry, manufacturing cosmetics and pharmaceuticals.

‘But we are particularly pleased with its effectiveness in helping to prevent people becoming sick, providing an early warning system for (the) contamination of drinking water systems,’ Dr Grasso said.