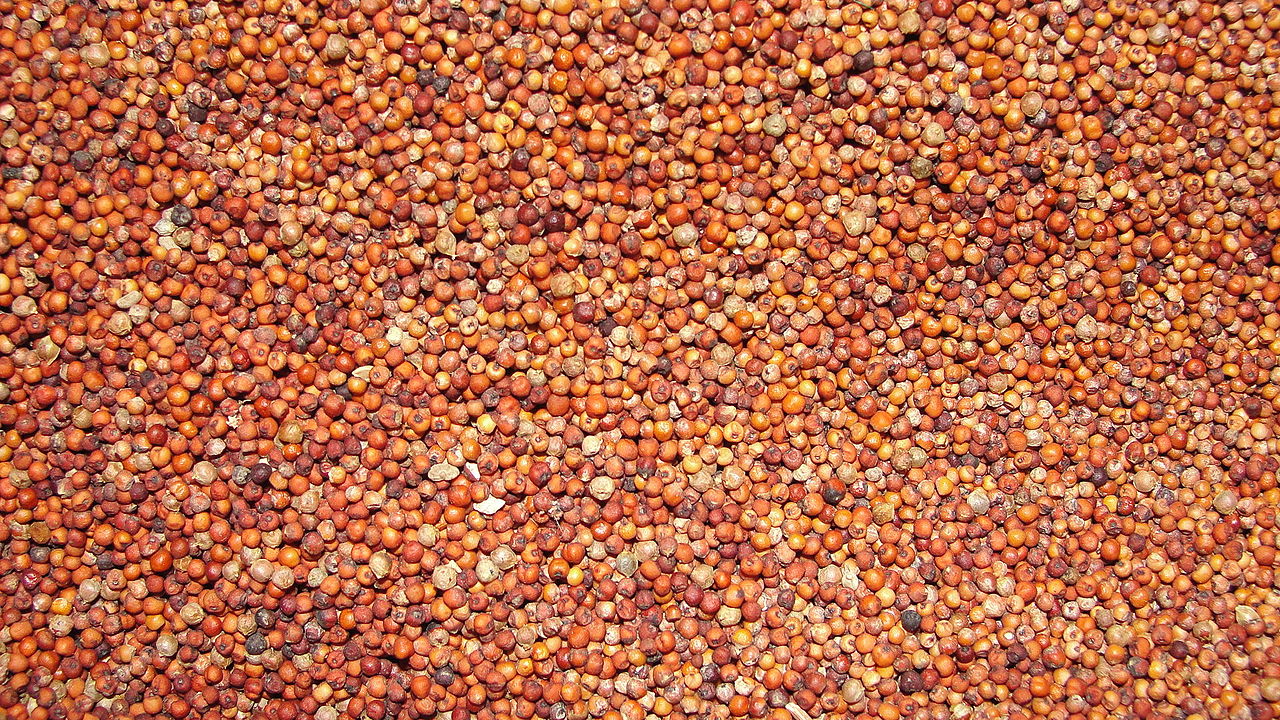 Research on finger millet crops aims to boost essential vitamins to tackle malnutrition. Credit: ‘A Scene of Ragi’ by Thamizhpparithi Maari is licenced under CC BY-SA 3.0

More nutritious versions of staple crops could increase daily vitamin and mineral intake for millions of people with poor diets, helping to overcome undernourishment that can cause blindness, brittle bones, feeble muscles and brain damage.

Millions of people around the world hardly have enough food to survive. Many millions more may have enough to stave off hunger, but their diets lack micronutrients – vitamins and essential minerals. That can make them vulnerable to infections, weak bones or muscles, and problems with vision or mental health.

By developing enriched versions of staple crops, researchers aim to produce foods that can meet the nutritional requirements for a healthy diet.

‘We need sustainable agriculture to feed the growing population with adequate nutrients, besides just enough calories,’ said Dr Swati Puranik, of the Institute of Biological, Environmental and Rural Sciences at Aberystwyth University in the UK.

She aims to develop calcium-rich finger millet – a staple for millions of people around the world, including some of the poorest in Asia and Africa. The hardy cereal grows in areas of low rainfall where many other grains would fail.

Using finger millet germplasm, Dr Puranik has identified more than a million genetic variations, known as single-nucleotide polymorphism markers, that she is assessing to see if they are linked with higher calcium content.

She is also checking the markers for correlations with iron and zinc, as well as ‘antinutrient’ compounds such as phytate and oxalate, which interfere with the body’s absorption and use of micronutrients.

Where markers indicate higher levels of micronutrients, Dr Puranik and her collaborators in Kenya and India aim to use conventional genomics-based breeding to come up with varieties of finger millet that contain higher levels of calcium and vitamins, without using genetic engineering.

She is also assessing if her research can help improve rice and wheat.

Vitamin and mineral supplements can help overcome dietary deficiencies, but Dr Puranik believes that improving nutrition right from the farmer’s field may have the strongest impact.

‘Developing improved food crops has benefits for farmers and their families, both economic and nutritional,’ she said. ‘And ultimately these calcium-rich products should have an impact in lowering rates of osteoporosis and calcium malnutrition in children or pregnant and lactating women.’

Her EU-funded project, CaMILLET, targets conventional breeding methods, but other research has shown the strong potential of genetic modification in improving the nutritional quality of food crops.

Professor Paul Christou, from the Department of Crop and Forest Science and Agrotecnico Centre at the University of Lleida in Spain, has genetically engineered maize and rice to boost vitamin A, folic acid and vitamin C, along with a wide spectrum of essential micronutrients.

He sees value in conventional breeding to develop fortified crop varieties, but believes genetic engineering is the only current way to deliver a staple crop that meets the recommended daily amounts of vitamins and minerals simultaneously.

‘To my mind, in order to be successful in biofortification programmes, you need to address the micronutrient deficiencies in as complete a manner as possible,’ said Prof. Christou.

The research has even opened up the possibility of reducing the uptake of undesirable minerals or elements by cereal crops, such as cadmium, a heavy metal that can stunt brain development in children.

‘Calcium-rich products should have an impact in lowering rates of osteoporosis and calcium malnutrition in children or pregnant and lactating women.’

‘We are looking at very disruptive technologies, in the positive sense that we can have a staple crop, such as maize, rice and so on, that can deliver all the vitamins and essential minerals,’ he said.

In following up on BIOFORCE, Prof. Christou received ERC funding for a new project, MULTINUTRIENT MAIZE, to assess prospects for transferring the modified crops to developing countries on humanitarian grounds.

Genetically modified (GM) cereal varieties could have a major impact if they are accepted. But Prof. Christou recognises that not everyone is receptive to GM foods, even where they can improve nutrition for hundreds of millions of people.

‘There are few scientific barriers to overcome, but even if you overcome all regulatory barriers, there are political barriers that prevent these crops from making the transition from the laboratory to the people in developing countries who need them,’ he said.

A lack of accurate data also hampers efforts to overcome malnutrition, undernourishment and dietary deficiencies in developing countries, says Dr Jacques Berger, director of research at the French Institute of Research for Development.

This makes it difficult for researchers and public health officials to identify the nature and extent of micronutrient deficiencies.

‘It is just as important to diagnose the cause of the problem as to prescribe the right solution,’ said Dr Berger, who is based in Thailand.

‘Looking at the food consumed in each country showed that in each case it did not meet the micronutrient needs of the population,’ he said. Of particular concern were iron, zinc and iodine.

But the SMILING research also showed that any action must fit the conditions of the country affected.

Research in Cambodia, for example, found that most anaemia cases in women and children were not related to iron deficiency, but to other nutritional issues and parasitic hookworms. So dietary supplements of iron would not improve their health and could cause other problems.

And while supplements can be helpful to overcome some deficiencies, Dr Berger said he also favoured efforts to improve nutrition in staple foods. That would help to ensure sufficient micronutrients daily – which is particularly important for adolescent girls.

‘It is very important not to wait until pregnancy to make some interventions; it is far better for the population if we can ensure adequate nutrition before then,’ he added.