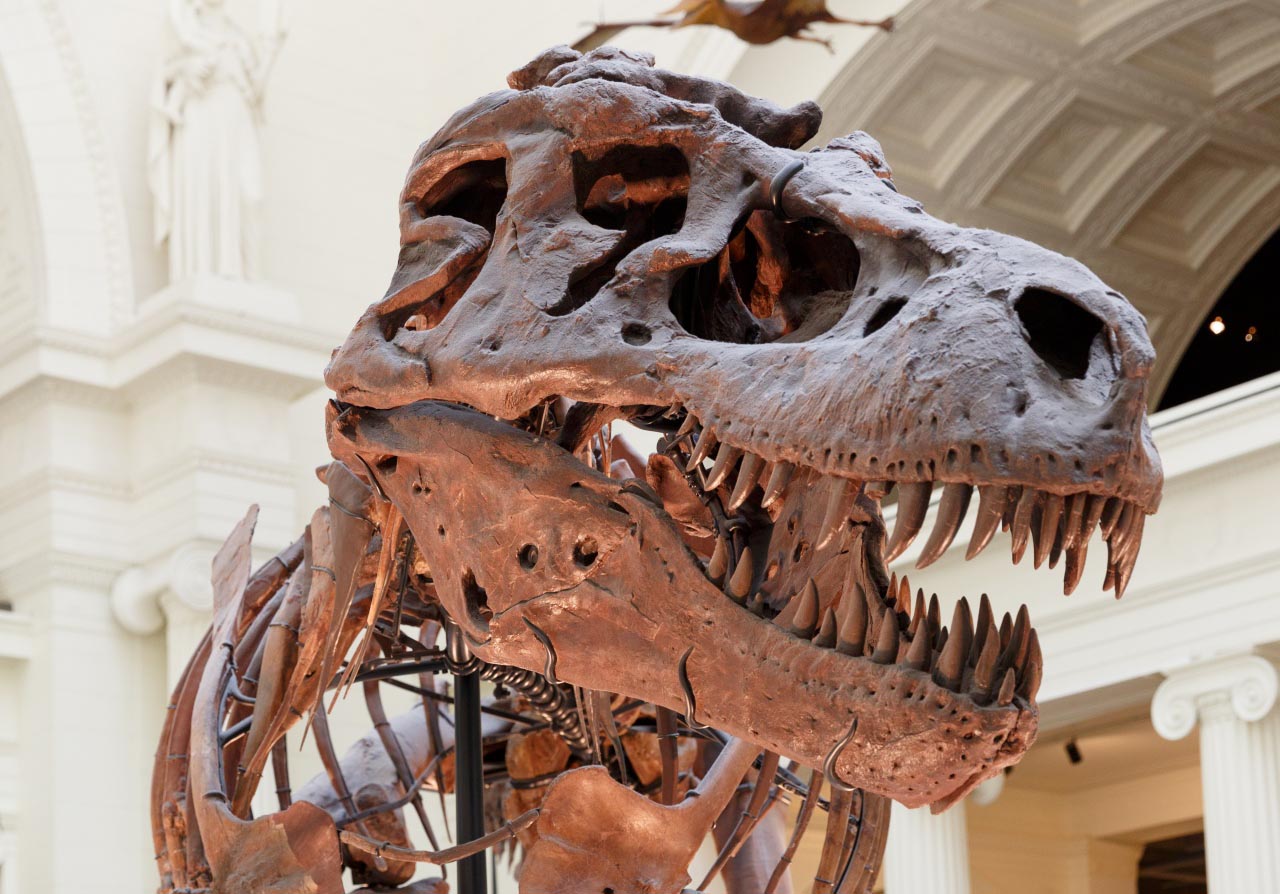 It was a life-altering event. Around 66 million years ago, at the end of the Cretaceous period, an asteroid struck the Earth, triggering a mass extinction that killed off the dinosaurs and some 75% of all species. Somehow mammals survived, thrived, and became dominant across the planet. Now we have new clues about how that happened.

Dr Steve Brusatte, a palaeontologist at the University of Edinburgh, UK, who previously studied the dinosaurs’ extinction, sought to understand exactly how this event affected mammals and their evolution.

‘I wanted to find out where mammals were living, what were their habits … and how this exciting period of evolution set the stage for the great diversity of mammals that exists today,’ he said.

His work revealed that while many mammals were wiped out with the dinosaurs, there was also an increase in the diversity and abundance of those that did survive.

As part of the four-year BRUS project which ended in March, Dr Brusatte and his team collected new fossils dating back to the first million years after the extinction, which is thought to have lasted about 60,000 years, and put together a family tree of early mammals.

They hunted for fossils in New Mexico, US, which is known to have the best record of vertebrate specimens from this period. They collected several new fossils, including the previously unknown Kimbetopsalis simmonsae, a beaver-like species that lived during the first few hundred thousand years after the extinction.

The team also visited museums to explore fossil collections, which allowed them to describe the features of several important mammal species in detail, such as a type of Periptychus, one of the first mammals to prosper after the asteroid struck.

The specimens that they analysed are also providing an insight into how mammals living right after the extinction are linked to modern ones.

‘Some of today’s familiar mammals, like the groups that later evolved into horses or bats, got their start soon after the extinction and probably as a direct result of it,’ Dr Brusatte said.

The work supports a growing body of research showing that when the dinosaurs were wiped out, it wasn’t simply a case of one group of animals dying off and another taking over as was previously thought.

Smaller mammals seemed to be better equipped to survive since they could hide more easily, for example, and those with a diverse diet were able to adapt more quickly, Dr Brusatte said.

‘There isn’t one magic reason why some of them lived and others died,’ he said. ‘There was probably chance and randomness involved because things changed so quickly after the asteroid hit.’

The team was surprised to learn how quickly mammals evolved after the extinction. Although the first mammals originated at the same time as the early dinosaurs – more than 200 million years ago – they remained small, about the size of badgers, when they co-existed.

A few hundred thousand years after dinosaurs disappeared, there were much larger, cow-sized species. ‘Mammals just took advantage of the opportunity and started to evolve really fast,’ Dr Brusatte said.

How they dealt with changes in climate remains a mystery. After the asteroid hit, there were a few years of immediate cooling followed by a few thousand years of global warming where temperatures spiked by 5°C. Then, over the next 10 million years, temperatures dropped, although the baseline temperature was still much hotter than it is today.

‘Even if dinosaurs hadn’t become extinct, mammals would have prospered anyway because of the change in forest environments.’

In the future, Dr Brusatte and his team want to find out how temperature variations affected mammals - whether they changed in size, expanded or retracted their range, and whether some species became extinct, for example.

‘We want to know these things to understand climate change in our world today,’ Dr Brusatte said. ‘We just have to collect more fossils.’

But it wasn't just dinosaur extinction that influenced the evolution and rise of mammals - other environmental factors could also have played an important role.

A shift in vegetation took place in the last 10 million years or so of the Cretaceous period when flowering plants, such as deciduous trees, started to become more commonplace than the previously widespread conifers and ferns. The animals’ habitat would have become more complex since deciduous trees have an elaborate canopy and understory.

‘Even if dinosaurs hadn’t become extinct, mammals would have prospered anyway because of the change in forest environments,’ said palaeontologist Professor Christine Janis from the University of Bristol in the UK.

Prof. Janis and her colleagues decided to investigate whether the change in plant life affected the habitat preferences of small mammals. As part of the MDKPAD project, which ran from 2015 until the end of 2017, they looked at mammal bones to deduce whether they lived in the ground or in trees as limb bones reflect locomotor behaviour.

Previous work had typically examined mammal teeth, which are prevalent in the fossil records, to gain insight into diets from that time. Studies looking at changes in mammals’ limbs were limited to a few complete skeletons so the team set out to see if scraps of skeletons could provide similar information.

Whole fossils of small mammals from that era are rare. So Prof. Janis used around 500 bone fragments that she found in museums in North America, where the best collections from the late Cretaceous are found.

But before she could start her analysis, she first had to understand existing mammals to figure out how the shape of different parts of their bones, mainly the articulation of their joints, relate to arboreal or terrestrial lifestyles.

‘You’ve got to have a comparative database,’ said Prof. Janis, who set out to create one. ‘That’s not something that existed.’

Prof. Janis has now collected details of the bones of about 100 small living mammals and catalogued them. She found that pieces of joints, which also happen to be preserved more often since they are more dense, can reveal a small animal’s mode of locomotion with a good degree of confidence.

Certain joints, like the elbow and knee, showed similar anatomical correlations to those of small living animals, so these could be used to identify the locomotive behaviour linked to a fossil.

Surprisingly, mammal bones from the last 10 million years of the Cretaceous period showed that most were generalised but a few very arboreal, with limbs similar to those of modern primates. ‘I was expecting all of the animals to be more like squirrels and not quite as specialised,’ Prof. Janis said.

The bones of extinct mammals suggest they became more terrestrial in the early Paleogene, the period after the Cretaceous. Prof. Janis thinks it’s because of an increase in understory vegetation. ‘Bushes and shrubs beneath the tree canopy were now a more suitable habitat for these small mammals,’ she said.

Although Prof. Janis does not plan to further the project, she will make her bone database available to other researchers. This database could help scientists determine the behaviour of individual species, locomotive changes in communities over time, and allow for local and global environmental changes to be tracked.

‘The powerful thing about this data is that you don’t need to have pristine skeletons (to do comparisons),’ she said. ‘You can have scrappy data and still get results from it.’