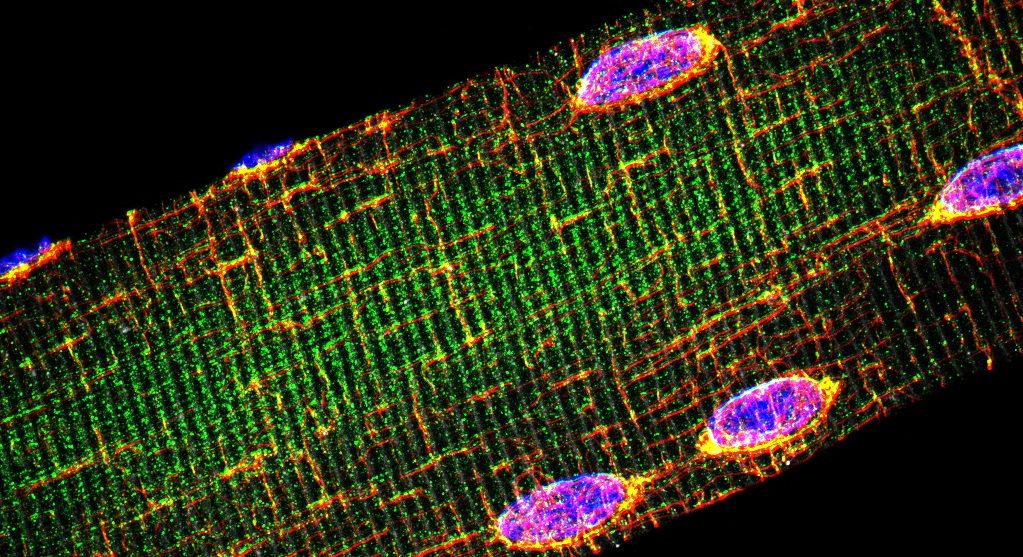 Rare muscle diseases have a devastating impact on the affected individual and their families, but 3D-drug screening could lead to better medicines being developed which would also relieve the huge economic toll of their treatment.

Therapy for rare skeletal muscle diseases – which cause a gradual decay of the human body and often end in death – are scant or non-existent, and in spite of their rarity, these diseases pose a huge socio-economic burden.

Treatments also require significant resources in terms of carers, expensive equipment and costly medicine, while each patient, and sometimes their family members who become carers, leave the workforce.

Dr Roman says that for many rare skeletal muscle diseases there are no cures and where therapies are available, they offer limited positive outcomes. Part of the reason for this is the lack of a way to find promising drugs.

Dr Roman is a post-doctoral researcher working on MUSCLEGUY, a project funded from the EU’s European Research Council (ERC), which aims to develop reliable and effective laboratory models for testing high-potential drugs for rare muscle disorders. He plans to use a 3D-system to reveal new disease pathways, which could lead to better treatments being found, much faster than existing methods.

‘There are more or less 30 different types of muscle disorders, and their rarity stems from the fact that they arise from genetic mutation,’ he said. ‘It’s kind of a unique case with every single person, because you have a disease mutation that nobody else has.’

This means that within each category of these muscle diseases there may be many types of different mutations. Dr Roman says that because of this unique situation hardly any new drugs pass regulatory approval and that’s a major deterrent for big pharmaceutical companies to develop drugs in the first place.

‘Because of the plurality of the diseases, you rarely have the right (laboratory) models to test the drugs,’ he said.

The MUSCLEGUY team is currently focusing their method to find potential treatments for centralnuclear myopathy, but they hope their work could extend out to many similar disorders.

‘The idea is that we would use our technology for the initial stages of drug discovery – starting with thousands of compounds and work down to the promising ones,’ said Dr Roman.

As well as the laboratory side, the business and commercial aspect is key to the project. Dr Roman added that their approach might provide a ‘better assessment of promising drugs’ and avoid discarding potentially useful drugs too early in drug development, which current testing models sometimes do.

‘We hope that over time if we can get this to be successful that big pharma becomes reinterested in rare diseases,’ said Dr Roman.

MTM is a devastating disease where the diaphragm stops working, leading to early death – it has no cure or treatment. In GSD II, the body is unable to break down the complex sugar glycogen into glucose and this can accumulate in cells – particularly muscle cells - which manifests as muscle-wasting. Enzyme replacement therapy (ERT) offers some alleviation of the symptoms for this disease, but it’s very expensive and does not constitute a permanent cure.

Professor Marinee Chuah, project coordinator of MYOCURE, who is at the Free University of Brussels (VUB), Belgium, said: ‘The annual costs for treating GSD II patients with ERT amounts to EUR 0.4 – 0.7 million per year, per patient, corresponding to an estimated total cost in the EU of EUR 4 – 7 billion.’

But Prof. Chuah believes that MYOCURE could directly bring down healthcare costs related to ERT, and therefore the knock-on socio-economic burden, and even has hopes their research could lead to a ‘one-time treatment’.

Dr Federico Mingozzi, who heads up one of MYOCURE’s partner teams at the Pierre and Marie Curie University in Paris, France, says their plan is based on replacing the genes that don’t work.

‘The rationale is that there are a number of neuromuscular diseases with high medical need which could be addressed by gene therapy, but the problem is that the treatment itself has several limitations in targeting certain tissues,’ he explained.

MYOCURE’s approach differs from conventional gene therapy in that it aims to be more efficient at targeting specific body tissues where it is needed. For example, MTM gene therapy needs to target the muscle cells of the diaphragm.

To transport desired genes into the cells, gene therapy uses delivery vehicles or ‘vectors’ derived from viruses and MYOCURE aims to optimise this approach using different methods. For example, one strategy being tested is to shuffle the genetic sequences of various viruses to look for the best and most specific vectors.

If successful, Prof. Chuah says that MYOCURE will help some 20 000 patients currently living with MTM or GSD II within the European Union. But crucially, the team hopes that the findings from the project will extend out to many other neuromuscular diseases.