Neolithic remains help sniff out the earliest human use of dung 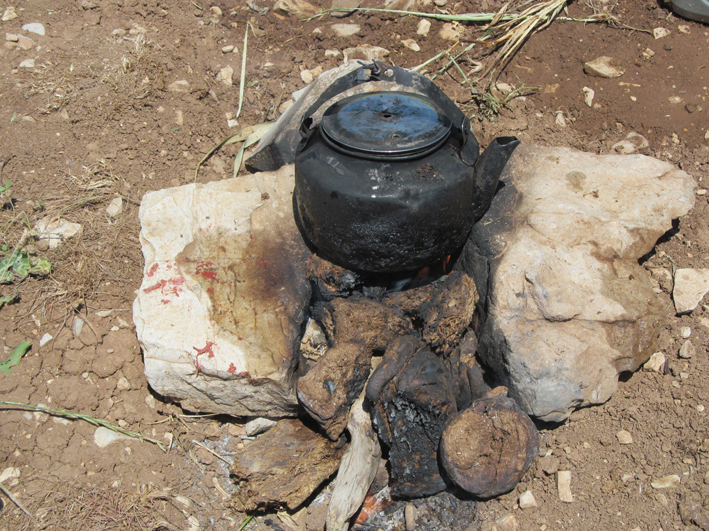 It is used as a fertiliser to help crops grow, burned as a fuel for heat, and is even used as a building material. But exactly when and how humans began using dung is a mystery that is now starting to be unravelled by researchers.

Thousands of years ago an animal paused for a moment on its journey, dropping a pile of something dark and steaming behind it. The sight of that mound of droppings apparently led someone to what would prove to be a profound thought: ‘That looks useful’.

Admittedly, we don’t know the details – neither of where or when this happened, nor whether it was droppings left by a mammoth, gazelle or goat. In truth, it probably happened more than once, but the point at which humans realised how useful animal dung can be must surely rank among the most pivotal in our history.

Dung can enrich soils, readily burns for longer than wood when dried, and may have been an essential ingredient in early human building projects. It remains a valuable resource even today, for example in places where it is used as a fuel.

In the late 1970s, the ethnographer Carol Kramer found that people in the Alibad region of Iran could easily trade a cup of milk with their neighbours, but if they wanted dung they had to buy it. It stands to reason that dung was equally valuable for the humans making the transition from hunter-gatherers to settlements in the Neolithic Middle East around 12,000 years ago, says Dr Shira Gur-Arieh, an archaeologist at Pompeu Fabra University in Barcelona, Spain.

Dr Gur-Arieh is leading the MapDung project that is seeking to gain a richer understanding of how our species began to use this remarkable material. There is good evidence, for example, that Neolithic people in the area of the Middle East known as the Fertile Crescent began burning dung as a fuel in their hearths, she says.

‘The way I imagine it is that these early Neolithic people begin keeping animals and they suddenly find themselves stepping in poop all the time,’ said Dr Gur-Arieh. ‘The first thing they discover is that it burns really well. It could also be used as fertiliser, of course. Then they start to touch the dung more and see its mechanical properties.’

When dung dries it becomes hard, which may have sparked the idea of using it for building. For example, it can be mixed with soil and water and used to build walls or floors.

But farmers sometimes kept only a few animals and so they would have had to choose how to use this precious resource. Where, how and when did they decide to use it for building?

Finding evidence of animal dung as an ancient construction material is not easy. In order to identify dung, archaeologists typically look for different markers that can be associated with it, such as microscopic remains of silicified plant cells and parasite eggs, and biomolecules. But animal dung degrades quickly, meaning many of these traces are lost.

'The way I imagine it is that these early Neolithic people begin keeping animals and they suddenly find themselves stepping in poop all the time.'

Dr Gur-Arieh learned as much from field work conducted by her colleagues in India, where they observed people in rural villages who spread dung as a plaster floor outside their homes. As well as providing a flat surface, the dung also attracts flies, helping to keep them outside of peoples’ homes.

Dr Gur-Arieh hoped to identify various markers that the dung spreading would leave behind. One candidate was spherical crystals of calcium carbonate called dung spherulites, which form in certain animal digestive systems. But it turned out that these occurred in high concentrations only in odd spots where the dung was thicker. Trampling, sweeping and rain tended to quickly wash away many of the markers too.

That doesn’t mean we have no hope of finding evidence for the use of dung as an ancient building material. The Middle East, though wetter thousands of year ago than it is today, was still dry compared to modern India. Dung buried at archaeological sites will probably have been protected from the elements, meaning it may be easier to find traces of it.

Dr Gur-Arieh has been developing a working methodology that looks for multiple different chemical markers as a signifier of dung. If several of them are found, it gives a good indication that dung was being used at a site.

She is currently working at two sites. The first is called Sharara, a small settlement in the west of Jordan from a time before humans had invented pottery. The second site, called Motza, was a large village in the foothills of Jerusalem. So far, Dr Gur-Arieh has found evidence of dung being used in Motza, but not in Sharara. ‘But even the absence is interesting,’ she said. ‘It tells us about the decisions people made.’

But it may also be possible to track down the presence of dung and how it was used in other ways. Dr Marta Portillo, an environmental archaeologist at the University of Reading, UK, has been developing a combination of methods from geosciences, chemistry and botany for finding dung in a wide variety of archaeological contexts under the Microarchaeodung project. 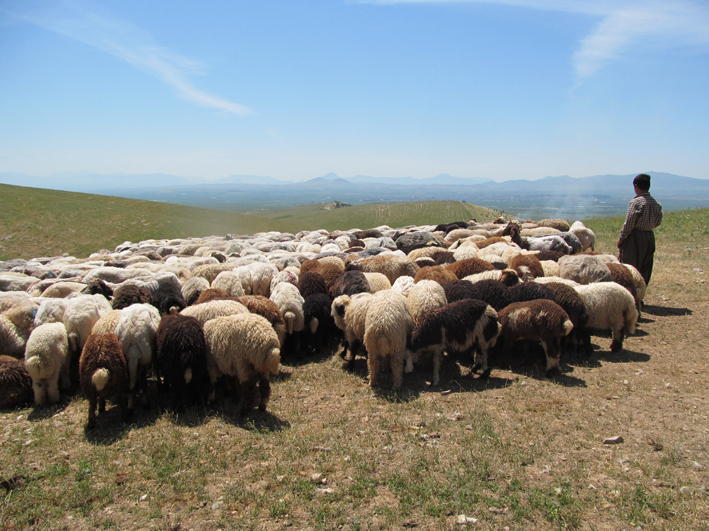 Dr Portillo has been working in sites in Iraq, Turkey, Jordan and northern Africa. The project involves looking for microscopic remains of plants, biomarkers like bile acids and molecules called sterols that might have been in the dung when it was dropped. Looking for all of these together and seeing how they are present in space can help identify dung and the animal it came from.

Dr Portillo says she has already found some interesting indications of dung use using her techniques. Working on material excavated from a site known as Kharaysin in the Zarqa valley, Jordan, she found evidence of goat dung within the human settlement, suggesting the animals were living in close quarters with people. She also found evidence of the dung being used in hearths and ovens dating from about 900 BC. But crucially, the site has no pens or other structures that were used to keep animals.

The findings suggest that dung was being used by the inhabitants at a time before animals had been fully domesticated, said Dr Portillo. The methods she has developed are already providing a bigger picture of how dung was used across the Middle East in the Neolithic period and how it helped our species flourish.

Dung, it seems, can teach us lessons that are not to be sniffed at.

Building materials: UK-based sewage company Thames Water has started recycling human waste into a rectangular block for use in construction. The sewage is first roasted and the resulting ash is processed into a 17kg breeze block. The company aims to produce more than 2 million bricks per year.

Clothing: Dutch startup Inspidere is turning cow manure into a bioplastic called Mestic, by turning the cellulose in the dung into fibres. These can be used as raw material for the textile industry.

Paper: Researchers from the University of Vienna developed a method to turn elephant and cow dung into paper. Cellulose fibres, which have been broken down during digestion, are separated from the dung, bleached by sodium hypochlorite into white pulp and then dried into paper.

Coffee: Some of the most expensive coffees in the world are made from beans extracted from faeces. The well-known Kopi luwak is derived from partially digested coffee cherries eaten by a cat-like animal called a civet. Black Ivory coffee follows the same process with coffee cherries digested by elephants.

Energy: Dung can be used to produce energy through the process of anaerobic digestion which converts manure into biogas. This produces green energy and heat, and can be used as a fuel.