Natural enemies enlisted as troops in war on pests 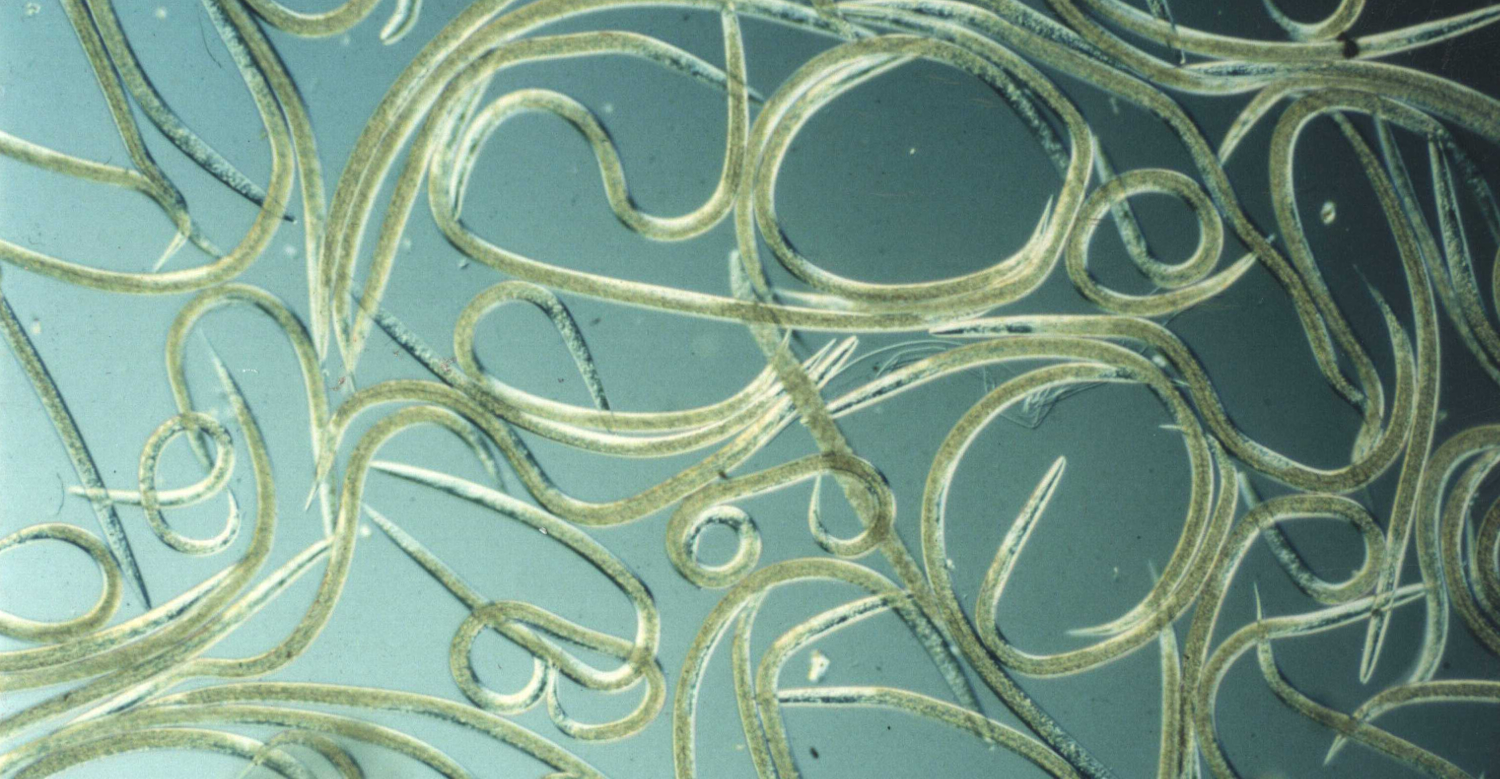 Farmers could soon be using nematodes on a large scale to fight pests in their maize fields. Image credit E-nema GmbH, Germany

From fungal spore spray to insect egg dispensers, unleashing an army of living enemies on crops to keep pests and diseases in check may sound like the stuff of science fiction, but it’s part of a more natural approach to agriculture, designed to decrease reliance on chemicals.

The idea is to prevent or reduce the number of pests on crops through physical and biological means before resorting to chemical pesticides.

Scientists are designing 11 new biocontrol products – sprays or powders that can be put on crops to control pests or diseases. The ‘bio’ in the name comes from the fact that they are full of living organisms, be it viruses, bacteria, fungi or nematode worms, that destroy their prey in the same way they would in the wild.

Predators can also take the form of other insects, with the end product being a dispenser full of eggs that the farmer can release onto his or her crops.

‘It’s a completely different way of controlling the pest or disease population,’ said Dr Jürgen Köhl from Wageningen University and Research in the Netherlands, who coordinates the EU-funded research, conducted under a project known as BIOCOMES.

The researchers are tackling five diseases and seven pests, which are divided between arable, vegetable, fruit and forestry crops. For some of the products, they are starting with a known enemy and working out how to incorporate them into a spray or powder. For others, they first have to identify a suitable candidate, excluding any that have been shown to cause problems in the environment in the past.

Dr Köhl says that as well as getting the products through regulatory screening and establishing whether there’s a market for them, one of the challenges of using biocontrols is to introduce farmers and growers to a new way of doing things.

Using biological resources such as crops, forests, fish, animals and microorganisms to produce food, materials or energy is known as the bioeconomy.

The idea is to decrease reliance on fossil carbon-based resources to ensure sufficient supplies of raw materials, energy and industrial products in the future.

In 2012, the EU launched a bioeconomy strategy and EUR 3.5 billion has been set aside for research and innovation in this area. Each euro invested is expected to trigger EUR 10 of added value in the different bioeconomy sectors by 2025.

‘What we have to learn, and what the growers and the distributors have to learn, is that it’s living organisms and this is different to chemicals. They depend on the environmental conditions.’

He points to a very simple example – storage. ‘Living organisms will not survive high temperatures. We all know that, but you have to realise it when you buy a biocontrol product. A chemical you can leave in your car on a hot day. But if you buy a biological and you leave it in your car on a sunny day, it’s sterilised.’

BIOCOMES researchers are also working on new ways of breeding these tiny organisms so that their production can be scaled up for widespread use.

Nematode worms, for example, which can be used to keep maize healthy, are produced in fermenters and need to be stored in cool conditions. To service a large market and deliver nematode worms in spring, the researchers need to find a way of producing them in winter and then storing them until they are ready to use.

They are using selective breeding techniques to create populations that have a higher stress tolerance and will therefore have a longer shelf-life.

By the end of 2017, the BIOCOMES researchers hope to have their 11 pilot products at the stage where they are ready for the registration process and where work can begin in scaling up production. It will then be up to the project’s industrial partners to make a decision on whether they want to take them forward to market.

This is the same approach taken by another group of researchers, who created a new type of pesticide from the bark of larch trees.

Currently a by-product of high-end furniture production, larch bark can be turned into a pest-killer by extracting its active ingredient and putting it in a formulation which can be used on crops.

The resulting product, Larixyne, is specifically intended to replace the use of copper and synthetic fungicides in treating grapevines, which is the number one crop using a large amount of fungicides in Europe.

‘It is potentially a novel fungicide with an improved ecological and human toxicology profile,’ said Dr Lucius Tamm from the Research Institute of Organic Agriculture in Frick, Switzerland, who coordinated the EU-funded project, known as ProLarix. ‘The interesting thing about it is that it’s taken from a waste by-product from the forest industry, so it’s as renewable as you like and it’s natural.’

Dr Tamm says that disease and pests will become a greater threat in the future because of the pressures of climate change. This is because of things like earlier springs and weather extremes being conducive to disease development, and intensive rainfall washing off pesticides, thereby creating a need to use more.

‘It’s taken from a waste by-product from the forest industry, so it’s as renewable as you like and it’s natural.’

The problem with copper-based fungicides isn’t that they’re toxic in small doses, but that copper is not biodegradable, meaning that continued use can cause a layer of copper to build up in the soil. The EU is supporting the organic sector to replace copper as a plant protection product and the point of funding projects such as ProLarix is to ensure that there are replacements available for growers.

However, Dr Tamm said that while the project, which ended in 2015, confirmed two points about Larixyne, which is that it works and it has a low toxicity profile, there’s still a way to go before we see it on shelves.

The key remaining question is whether there’s a market, and this depends on what price the mills will sell the bark at, and whether the production process can be optimised to scale up production.

‘The old fungicides such as copper are cheap,’ said Dr Tamm. ‘If a competitive product comes to the market it doesn’t stand a chance if it’s way too expensive. The farmer will obviously choose the cheaper option unless he’s forced to use the more expensive one.’

The idea is to explore what is needed to transform and future-proof our food systems to provide accessible, healthy and sustainable food and diets for all. It will also look at how research and innovation systems can be scaled-up to help achieve this.

The conference builds on Commissioner Carlos Moedas’ commitment to creating a Food Research Area by 2020 to enhance cooperation, openness and innovation and refine the EU’s strategic approach to EU agricultural research and innovation.