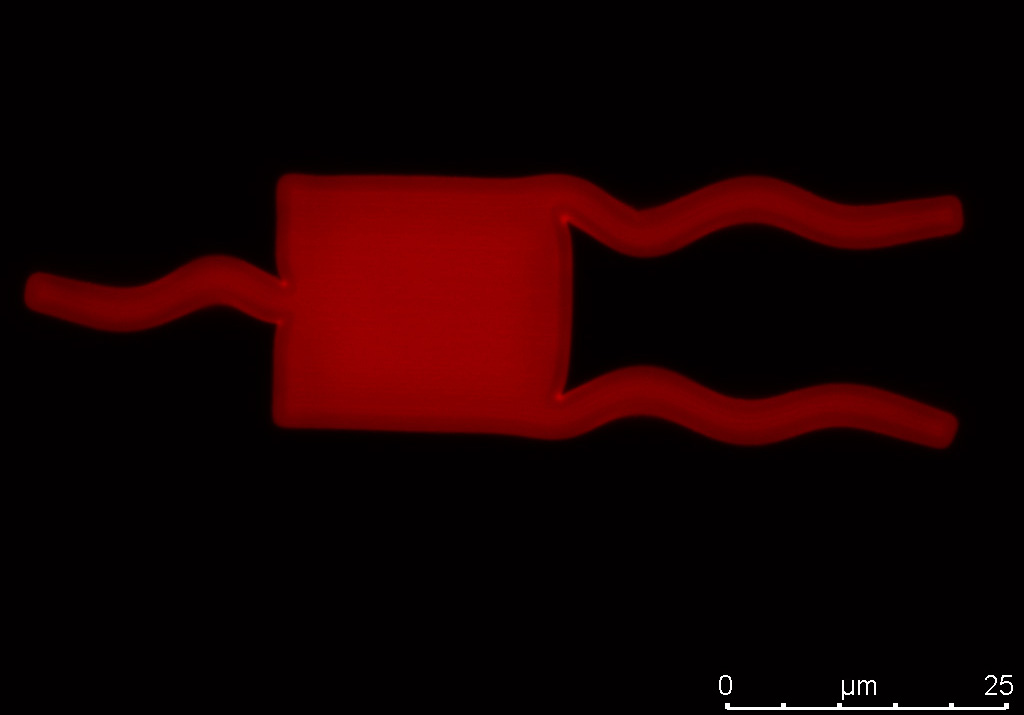 This micro-swimmer encased in a soft hydrogel-like material has fins that are mobile and can expand and contract when stimulated. Such structures could in the future be used to deliver treatments inside the human body. Image credit - Dr Florea

Over billions of years nature has perfected ingenious ways for biological cells to move around their environment and harmlessly transport packages of chemicals between one another.

Now scientists are mimicking some of these processes to create new ‘nanomachines’ that could eventually help treat diseases like leukaemia and other cancers.

One approach takes its inspiration from the story of the siege of Troy, when the Greeks hid their warriors inside a giant wooden horse in order to get inside the city.

Professor Valentina Cauda, a chemical engineer at the Politecnico di Torino in Italy, is leading a project to create nano-sized crystals of zinc oxide that can kill cancer cells from the inside. By themselves the crystals, which are around 20 nanometres in size – about 6,000 times smaller than the width of a human hair – can be toxic to healthy cells in the body and can trigger an immune reaction that prevents them from reaching the tumour.

But Prof. Cauda and her colleagues on the TrojaNanoHorse project have developed a shell around the crystals so they can slip them past the body’s defences and inside cancer cells.

‘The idea is to elude the immune system and to elude the barrier of the cell membrane thanks to the biomimetic shell,’ says Prof. Cauda. ‘In the Trojan horse analogy, the (cancer) cell can be the city of Troy.’ 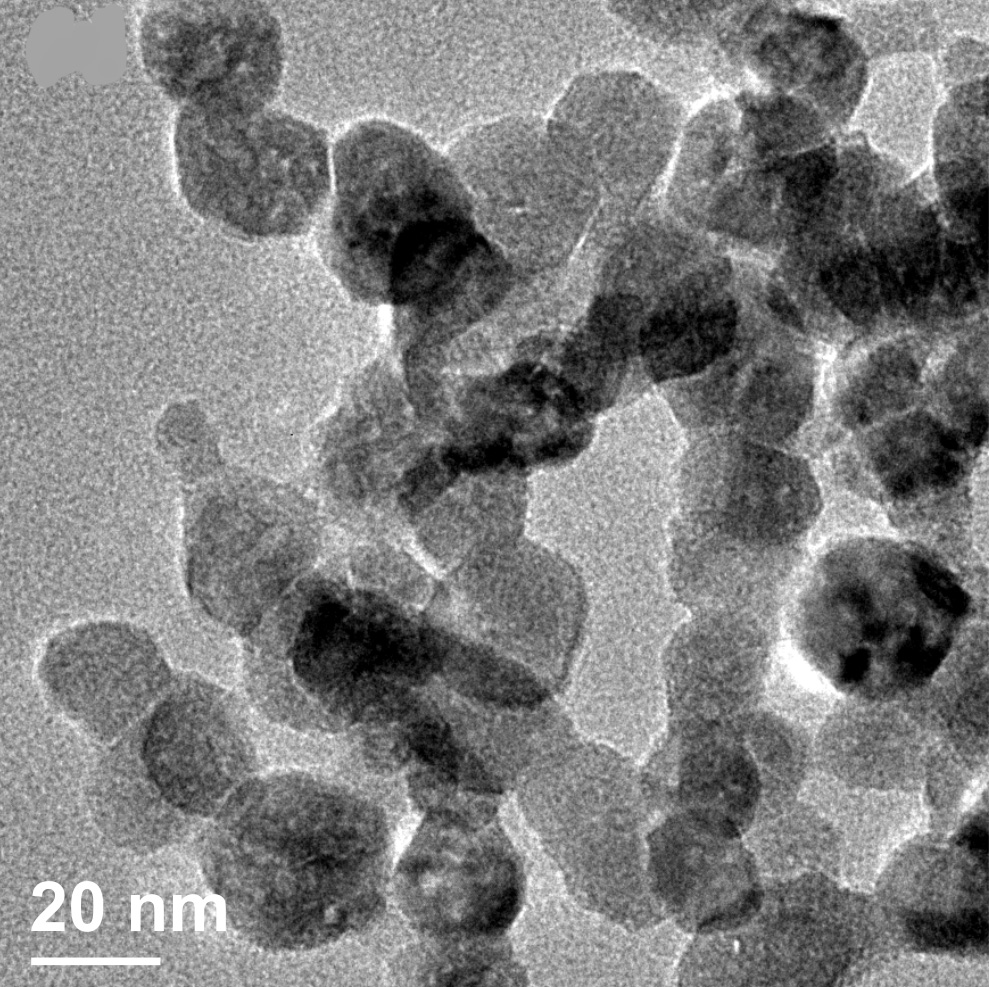 The tiny shells, which are between 100-200nm or 1,000 times smaller than a human hair, are made from fatty molecules called lipids that form the outer membrane of almost all living cells. In nature, small droplets made from these lipids – known as vesicles – constantly bud off from the surface of our cells with chemical messages or unwanted materials inside so they can be carried safely to other parts of the body.

Prof. Cauda and her team have tried to copy this by coating their nanocrystals in vesicles produced by cells grown in the lab so they too can pass harmlessly through the body. The surface of the vesicles can also be studded with antibodies against specific cancer cells, helping them to hone in on only the cells they want to kill.

Once a vesicle finds a cancer cell, its antibodies will bind to the surface, allowing the lipids to merge with the cell and releasing the toxic nanocrystal inside. And by growing nanoshells from cells taken from a patient’s own body, Prof. Cauda believes it will be possible to create personalised treatments that can evade the immune system while still killing cancer cells.

The team have already tested the nanoshell approach against leukaemia cells and cervical cancer in the laboratory. While they hope to be able to perform human trials in the future, Prof. Cauda warned it could still be many years before they reach that stage.

If successful, however, this nanomedicine approach could bring benefits compared to traditional chemotherapy treatments by only targeting tumour cells, leaving healthy tissue unaffected and so reducing side-effects.

‘The nanomedicine approach could offer a site-selective and personalised treatment for the patient,’ said Prof. Cauda.

‘In the Trojan horse analogy, the (cancer) cell can be the city of Troy.’

This approach, however, still largely relies upon the nanoshells chancing upon the cancer cells as they circulate in the patient’s bloodstream so they can attach to them.

Another team of researchers are working on nano- and micro-machines that might actively be able to improve this by carrying treatments to the site in the body where they are needed.

Dr Larisa Florea, a materials scientist at Trinity College Dublin in Ireland, is leading a project called ChemLife to create miniature vehicles that can move by themselves in a liquid.

The team is attempting to emulate a form of movement known as chemotaxis, which is employed by some basic microorganisms and enables them to move through solutions from low salinity to high salinity, or from acidic to alkaline solutions, for example.

Other research teams in the US have previously shown that man-made droplets can be very precisely navigated through complex mazes with this approach. Dr Florea and her colleagues have sought to extend this by using light to control the movement of droplets.

When exposed to light, the ‘photosensitive’ molecules react by changing their shape, altering the surface tension on each side of the droplet. This causes the molecules in the droplet to flow from one side to the other, driving it forward, a little like the tread of a tank.

The team have shown they can accurately steer droplets through three dimensional spaces and reach speeds of up to 10.4mm per second (0.02mph).

‘If you compare the speed of the movement to the size of these microdroplets, they are faster, pound for pound, than some of the best swimmers in the world,’ said Dr Florea.

They have also been able to demonstrate that their droplet-shaped vehicles can carry cargo, delivering it to other droplets to trigger a chemical reaction. It raises hopes that similar methods could be used to deliver drugs or other sorts of treatments to specific cells in the body.

While it may be difficult to use light to navigate a drug-carrying droplet through the body, Dr Florea and her colleagues have also explored using mild electrical currents.

The team have also been developing more complex micromachines that can swim or crawl through liquids like tiny bacteria. Using highly precise 3D printing techniques, they have been able to create hydrogel structures around a few micrometres in size that can contract and expand to propel a structure forward.

‘We have been making tiny flower-like structures, for example, that can open and close in response to different stimuli,’ she said. ‘For example it might open at a certain pH and close at another.’

This happens because the hydrogels expand by absorbing water and contract by expelling it according to the pH of the surrounding solution. Dr Florea said they hope to also control the movement of hydrogels with changes in temperature or pulses of light.

The ChemLife team are using these hydrogels to create structures with tiny rotating flagella – the tiny tail-like appendages that some bacteria use to propel themselves. They are also creating worm-like structures from the same kind of hydrogels that can crawl along surfaces or through liquids.

‘The ultimate goal is to have these micro-vehicles perform actions like drug delivery or (chemical) sensing,’ said Dr Florea. ‘But we have to be realistic that this might not be achieved in the near future as the body is a very difficult environment.’

The tiny moving structures could also find uses in other ways too. These include delivering chemicals to better improve industrial reactions or creating soft micro-grippers that could be remotely activated to handle delicate components like cells without damaging them.

‘When you look at what nature can achieve, the opportunities are endless,’ added Dr Florea.