Nanomaterial tracking to limit impacts on the environment 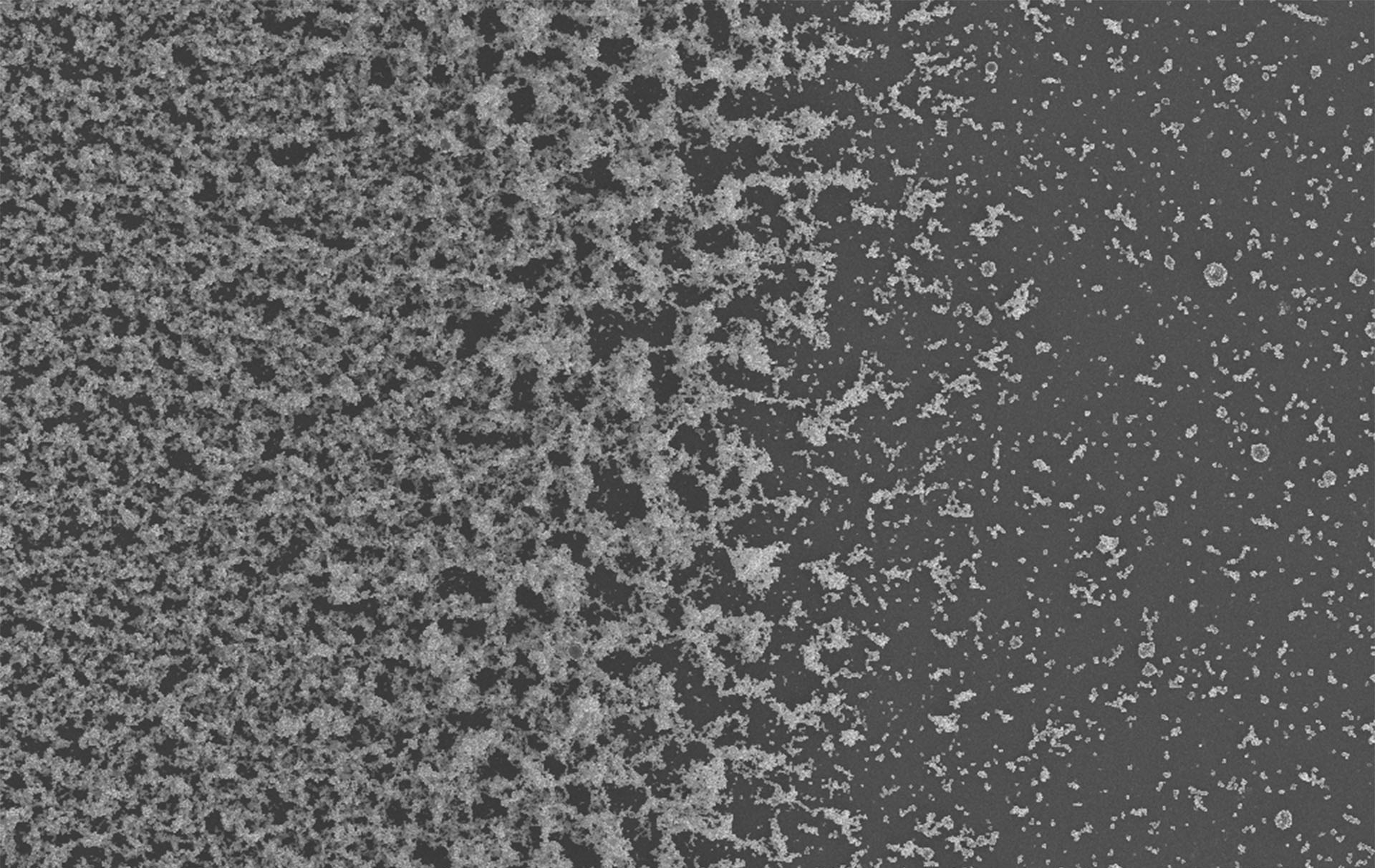 Nanomaterials can already be found in some household items like sun cream and non-stick surfaces. Image credit- ‘"Night Surf" - Silicon dioxide nanoparticles’ by Sergey Langin is licensed under CC BY-SA 3.0

Tracking the environmental exposure of the emerging nanomaterial industry could prevent potentially harmful chemicals from polluting our soil and water.

Safer sun cream, energy-storing plastics, non-stick surfaces, richer fertilisers and sweat-proof clothes – the evolution of nanotechnology, which utilises the special properties of small clusters of atoms, has led to an abundance of new products. However, relatively little is known about what happens when these nanomaterials enter the environment.

‘The main environmental concerns at the moment are understanding any effects of direct exposure, which could take place for plants and small organisms that might come into contact with nanopesticides and nanofertilisers,’ said Dr Claus Svendsen, ‎ecotoxicologist at the NERC Centre for Ecology and Hydrology in the United Kingdom.

‘There haven't been any highlighted risks so far in the risk assessment exercises that have been led within the European research projects – but some of them have come close to where you would start asking for more data to assess that the margin (of risk) is reasonable.’

Dr Svendsen adds that current risk assessments primarily look at the manufactured form of nanomaterials, which takes a worst-case-scenario approach, but often isn’t relevant from an environmental contamination point of view.

‘There are very difficult questions that cannot be answered by the industry alone, it’s still under scientific research.’

For example, paints with nanomaterials could be self-cleaning, block Wi-Fi or absorb thermal energy, but questions remain unanswered about what changes they may go through after being exposed to the elements and upon their release into the environment, be it in a few months or years.

NanoFASE hopes to advance the understanding of where nanomaterials end up during their lifecycle and what changes they may have gone through. Their research will help safer product design and support future nanomaterial regulation.

As well as testing nanomaterial deposits within soils, NanoFASE researchers have built and modified their own pilot plants (e.g. wastewater treatment plant, sewage sludge incinerator) at the Swiss Federal Institute of Aquatic Science and Technology (EAWAG).

Dr Svendsen says this is because water treatment plants act as a ‘gateway to the environment’ and studying what happens in the demonstration plant, plus the sludge and effluents that come out of it, can offer an important insight into the form these materials might be in when arriving into waters or soils.

‘Many of the useful properties of nanoparticles come from their high reactivity. Therefore, when you put them in waste-management processes they transform and lose their reactivity very fast,’ said Dr Svendsen.

‘Our collaborator Dr Ralf Kaegi at EAWAG uses a pilot plant to mimic (reactive) process steps that go on for 48 hours or more in real sewage treatment plants, and found the whole transformation process for nanomaterials often took place in the first five minutes.’

This means nanomaterials may rarely enter the environment in their original manufactured forms, which, according to Dr Svendsen, may help deliver more realistic risk assessment for products.

'We are generally seeing evidence that the ageing and transformation processes occurring during release, waste handling and also within the environment itself ends up making nanomaterials less hazardous,’ he said.

NanoFASE will, however, conduct experiments to better understand the higher uptake, or effects, that some organisms experienced when exposed to waste streams that contain potentially harmful nanomaterial forms.

Currently, the amount of nanomaterials released is so low that environmental exposure is unlikely to be a concern, says Dr Svendsen. But as nanomaterial use increases, more understanding is needed because knowing where particles end up, in what physical state and in what quantity will help prevent any potential risk down the line.

The toxicity of certain nanomaterials is generally more understood than the impacts of exposure. But according to Dr Pieter van Broekhuizen, the coordinator of the EU-funded NanoDiode project, which developed plans to govern nanomaterials responsibly, the risk assessment of new nano-products is ‘far behind the actual needs’ of what is being introduced by the industry.

‘Industries are being strongly advised to be very careful introducing nanomaterials in new products, but on the other hand they are also stimulated to develop them as quickly as possible,’ he said.

Research into the toxicity of nanomaterials only began in earnest in the early 2000s, but the global market for nanomaterials is already estimated to be worth EUR 20 billion and it’s growing faster than the science.

Within this conflicting situation, Dr van Broekhuizen adds that it’s unfair to criticise industries because they’re not equipped to make a good risk assessment due to the complex nature of nanomaterials, but it is also unfair to allow uncontrolled release of nanomaterials without a well-balanced toxicity profile.

‘There are very difficult questions that cannot be answered by the industry alone – it’s still under scientific research,’ he said. ‘But industry has a serious duty to generate required nanomaterials’ toxicity data and proactively operationalise a precautionary approach in operational procedures and product design.’

As well as potential environmental contamination, the increasing use of nanomaterials also means more workers and consumers will be exposed to nanomaterials. If inhaled, some nanomaterials could damage the respiratory and cardio-vascular systems.

NanoDiode developed a risk assessment procedure to help business avoid potential dangers if their employees work with nanomaterials and produced several reports to promote a safer use of nanomaterials within the workplace and industry in general.

Dr van Broekhuizen says they tried to ‘reassess the entire industrial area’ at a time crucial to this emerging sector.

Nanomaterials could boost the environmental performance of industry. DIBBIOPACK was an EU-funded project that used nanotechnology to help develop a 100 % biodegradable packaging.

‘Nanotechnology opens a unique field of opportunities with performances unseen before in the packaging sector,’ said Berta Gonzalvo Bas, research director at the Aitiip Technology Centre in Spain, who also coordinated the project.

By introducing nanomaterials she was able to improve the durability of bioplastic and improve its recycling potential. She hopes that the development of their recyclable nano-packaging will be one of the first competitive biobased materials in the market.

Nanotechnology is increasingly being used in products all around us, from cosmetics and building materials to electronics and toothpaste.

Across Europe, hundreds of institutions are working together to look at how to monitor exposure, manage the risks and advise on what regulations may be needed under the EU’s NanoSafety Cluster.

EU funding aims to further the development of safe nanotechnologies within a EUR 1.8 billion fund for 2018-2020, which will also support next-generation materials as well as biotechnology and new manufacturing processes.