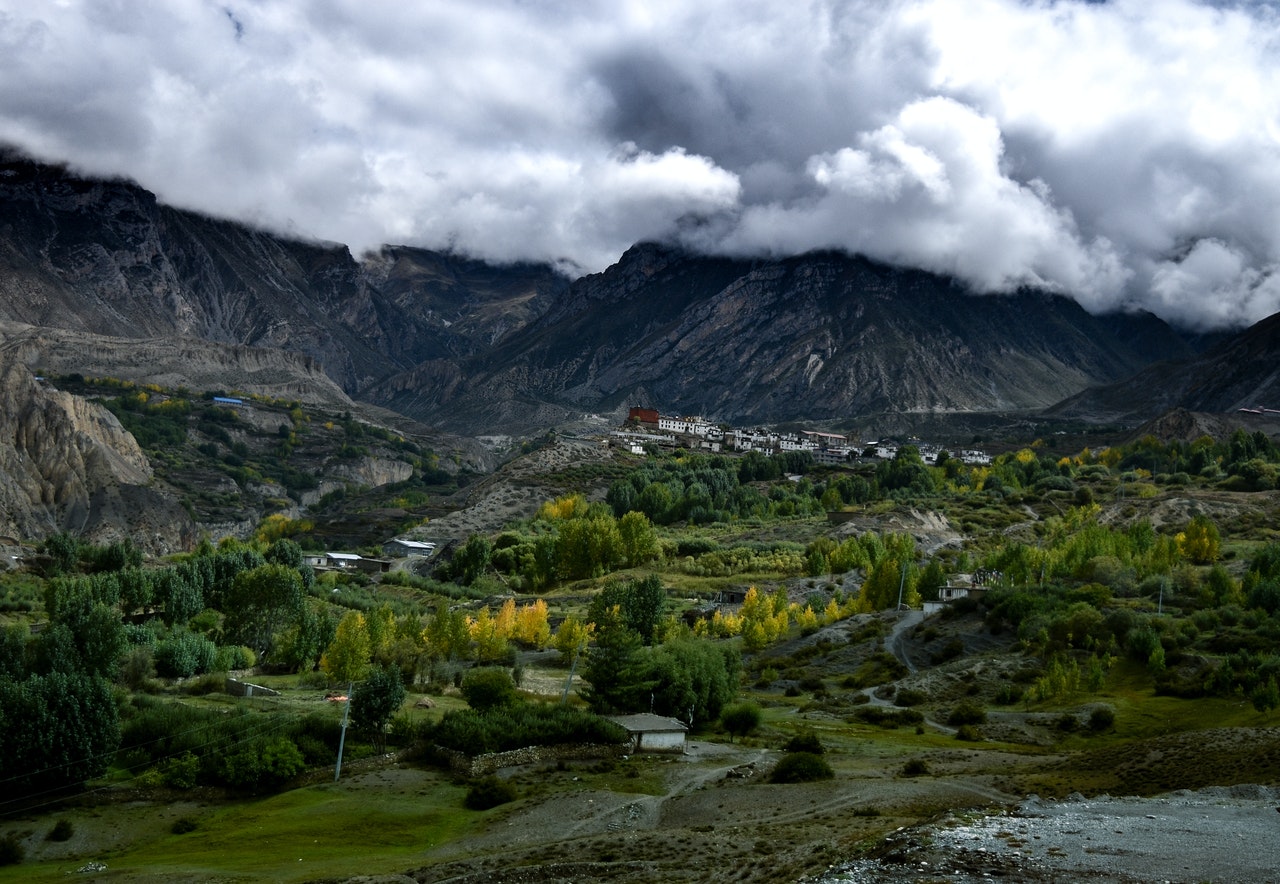 A complex system of clouds and aerosols forms over much of South Asia as part of the monsoon - the challenge was to find out what it contains. Image credit - Sparsh Karki/Pexels, licenced under CC0

Professor Borrmann is an atmospheric physicist the Johannes Gutenberg University and the Max Planck Institute for Chemistry in Mainz, Germany. He’s interested in the complex system of clouds and aerosols that forms over much of South Asia as part of the monsoon. The Himalayas force air upwards forming a huge mass of swirling cloud. This acts ‘like a vacuum cleaner’ says Prof. Borrmann, hoovering up air pollution from across Asia. In 2009, satellites picked up that a layer of aerosol – a suspension of tiny particles – accumulated just above the clouds at an altitude of about 14-18km. But no one knew what it was made of.

Prof. Borrmann and his team wanted to find out more because it seemed probable that this layer, known as the Asian Tropospheric Aerosol Layer (ATAL), might have an important and undiagnosed effect on our planet’s climate. Aerosols generally reflect sunlight and are also known to be important seeds for clouds. So it was expected that the ATAL might provide some regional cooling effects - but how significant those would be was unclear.

There was another aspect to the mystery too. The air at this altitude, above the raging monsoon system below, is highly stable, which gives the aerosol particles plenty of time to act as surfaces on which unusual chemical reactions can take place. This could create a range of pollutants that might spread widely around the atmosphere. But no one had any idea what that chemistry would be like.

This is what brought Prof. Borrmann and his team to Kathmandu airport in July 2017: to find out what was going on in this mysterious ATAL as part of their EXCATRO project. They arrived at about 6:30 am at a back entrance manned by a few soldiers who checked their names against a handwritten list. Then they were ushered to a huge hangar. Inside was a special research aircraft and an array of benches containing scientific instruments – not just those of Prof. Borrmann’s team but those owned by another 15 teams from around the world. ‘It’s chaos,’ said Prof. Borrmann. ‘Cables and tools everywhere.’

Prof. Borrmann and his team prepare and calibrate some 11 different instruments. But their most prized pieces of kit are two uniquely sensitive mass spectrometers, instruments which separate out and measure trace gases based on their mass. It takes a couple of hours to check and calibrate the instruments and attach them to the outside of the plane including under the wings so the air flows through. Then, because there is not enough space for tractors near the hangar, about 20 or so researchers push the aircraft out where the Russian pilot, the only person who will go up, can fire up its engines.

There are few aircraft that can fly as high as this one, a Russian M-55 Geophysica. Commercial flights cruise at an altitude of 11km or so but this plane can reach more than 20km. Pilots must wear a pressurised suit in the single-seat aircraft. Arranging flights was tricky in a region with political tensions. Prof. Borrmann says it took four years of high-level diplomacy to reach an agreement to fly the plane in Nepalese and Indian airspace. 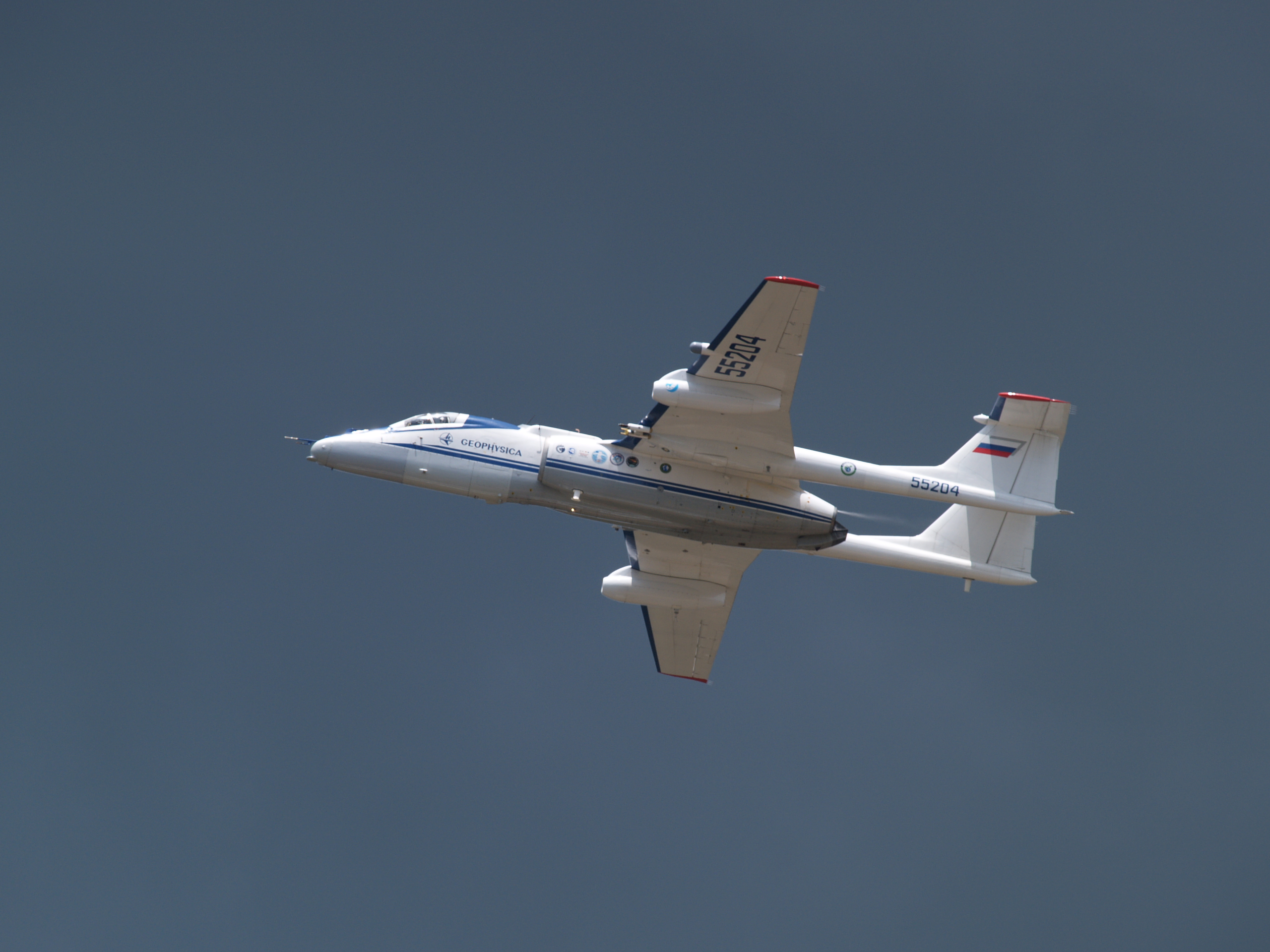 Once it is up there, the instruments must work automatically and there is not much Prof. Borrmann or anyone else can do – apart from worry. He says the temperature up there is -85oC and so the instruments are under incredible stress. Flying through clouds can also get very turbulent. ‘There are a million small things that could cause failure,’ he said.

A satellite phone on the plane pings back SMS messages to the ground with readings on the instruments’ status. The researchers sit in the hangar and watch the updates come in on a big screen. All is mostly quiet. On a few occasions, says Prof. Borrmann, the instruments failed so he sent an SMS instructing them to switch themselves off and on again. Thankfully, that worked.

Late in the afternoon the plane lands and the pilot gives a 20 minute debrief in Russian (which Prof. Borrmann speaks, a little). It’s important to understand the exact flight path on which the instruments got their data so that the chemistry of the aerosol layer can be understood in spatial terms. Then there’s a scramble to unload the instruments and download the data.

It was at this point one day that Prof. Borrmann had a moment he says he’ll never forget. ‘From the time traces, I could see the blue line representing nitrate going up and up,’ he said. It was pretty obvious to him then and there that the ATAL was composed largely of nitrate salts, and the team later confirmed this as ammonium nitrate. ‘For a few minutes, I was the only scientist in the world who knew the answer to this huge mystery.’

‘For a few minutes, I was the only scientist in the world who knew the answer to this huge mystery.’

It wasn’t entirely a surprise that ammonia was the principal guilty party in the ATAL. The north of the Indian subcontinent is known to be one of the world’s hotspots for ammonia pollution, because so much fertiliser is both produced and used there. These activities release ammonia into the air, which can then react with nitrogen oxides and sulfur oxides to form aerosols. A couple of research balloon flights had already provided preliminary hints that it was there in 2018. Prof. Borrmann and his colleagues have proved this and provided huge detail about the distribution and concentrations of the nitrate aerosols.

Soon after the beginning of the campaign of measurement flights, Prof. Borrmann says he got some memorable messages. ‘After two or three flights, we got emails from colleagues at NASA,’ he said. ‘And they essentially said: “We are watching your plane flying on our radar. What the hell are you doing?”’

Perhaps it shouldn’t come as a surprise that NASA would take note of a high altitude Russian plane.

Anyway, this exchange has led to the next phase of Prof. Borrmann’s work. The plan, in collaboration with NASA, is to work out what kind of chemistry happens in the aerosol layer next and how this might affect our climate. A few weeks after the end of the summer monsoon, the aerosol layer should have had time to undergo chemistry and begin to disperse and drift away. Prof. Borrmann and the team were planning a campaign of flights using a US research aircraft above Japan at the right time of year in 2020 to make some more measurements. That has been called off as a result of the coronavirus pandemic and similar flights from South Korea are now slated for 2021. ‘We want to see what happens to these particles as they get older,’ said Prof. Borrmann.