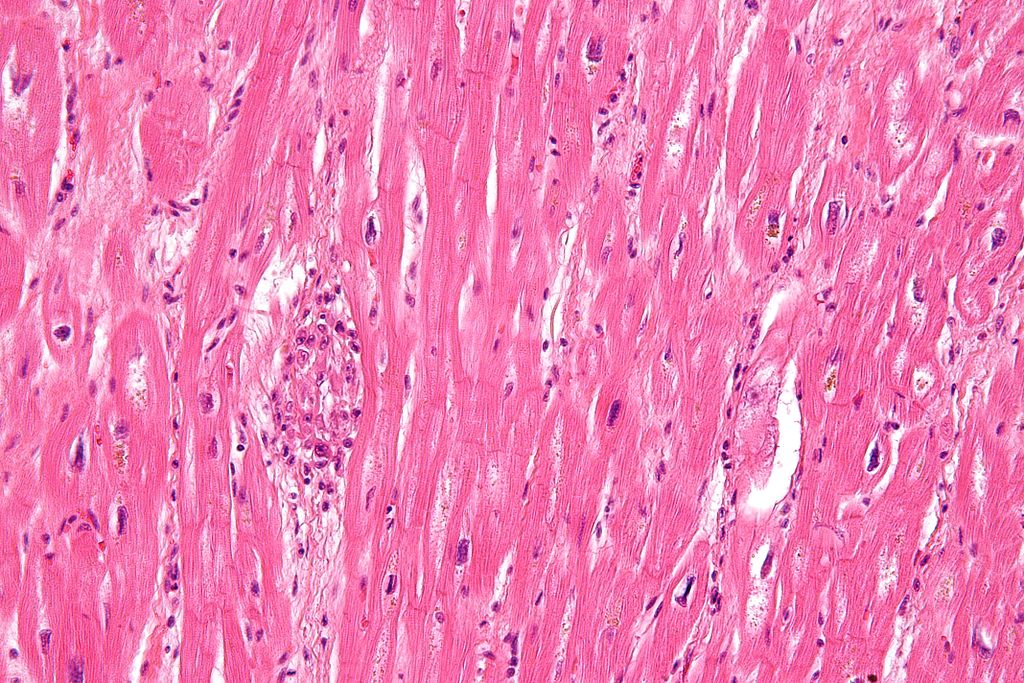 Heart failure is one of the most common forms of cardiovascular disease. Image credit - 'Rheumatic heart disease' by Nephron is licenced under CC-SA 3.0

A miniaturised heart implant is one of the most promising ways in which scientists are hoping to tackle cardiovascular disease, the world’s biggest killer, which claims the lives of almost 2 million people every year in the EU alone.

The technology behind the miniaturised monitor comes from a Tel Aviv-based medical technology company called Vectorious Medical Technologies and could have implications far beyond its goal of helping heart failure patients better manage their health.

Heart failure, one of the most common forms of cardiovascular disease, is a chronic condition which sees the heart unable to pump enough blood to meet the body’s needs. Cardiovascular disease overall is estimated to cost the EU economy EUR 169 billion a year, but these costs could be greatly reduced if there were better ways to monitor patients with heart failure.

And the best way to do this is to measure the pressure in the left side of their heart, says Vectorious CEO Oren Goldshtein.

Until now, that has meant keeping the patient in hospital but that could all change thanks to a miniaturised hemodynamic monitor the company is developing as part of an EU-funded project called V-LAP.

‘We provide the holy grail for cardiologists, which is measuring pressure in the heart – but it requires a lot of technology and miniaturisation to put a device inside the heart with low-risk,’ said Goldshtein.

The technology, which can predict when someone with heart failure is about to take a turn for the worse and allows them to adjust their medication, has already been tested in large animals. The company has just received approval for their EU clinical study by DEKRA, a healthcare certification organisation. The study will include 20 patients that will be fitted with the device and followed up on a daily basis.

If development of the device is successful, it could change everything, both for heart failure patients and for the health services struggling to meet their needs.

'We provide the holy grail for cardiologists, which is measuring pressure in the heart.’

‘The vision is physician-directed patient self-management – patients would have some ability to adjust their medications according to a very strict algorithm managed by a physician who can look at their results,’ said Goldshtein.

‘The cost of hospitalisation is one of the biggest challenges for health services,’ he added, citing that heart failure-related hospitalisation in the US costs close to USD 40 billion a year.

‘Our goal is to improve the quality of life, reduce morbidity, save lives but equally importantly to reduce healthcare spending.’

And further ahead, miniaturisation could mean that one day even healthy patients are routinely fitted with other monitors – not just for their hearts.

‘In a few years we’ll all have sensors in our body – for heart disease, diabetes, even for monitoring regular healthy patients,’ said Goldshtein.

To fight a disease with such a wide-ranging impact as heart failure, cross-border cooperation is vital, and that’s where the European Research Area Network (ERA-Net) on cardiovascular diseases (ERA-CVD) comes in.

The group coordinates national and regional funding for research programmes with the aim of fostering a community of scientists dedicated to finding answers to the biggest questions in CVD research, says project coordinator Dr Wolfgang Ballensiefen.

‘It’s a very important area of disease with a very high impact on people and societies,’ said Dr Ballensiefen.

‘Bringing partners together from different countries, including those that do not have a strong culture of research into heart disease, benefits European society as a whole. Once you have a core of researchers, they can then apply for further funding from the European Commission.’

Bringing together researchers from across the region has the practical advantage of making sure research takes account of different healthcare systems.

ERA-CVD is running from 2015-2020 and will coordinate national and EU funding for several projects tackling heart failure. While Dr Ballensiefen says it is still too early to draw conclusions from these projects, he is confident that pooling funding and promoting cooperation will only help in the fight for healthier hearts.

‘We expect that in the next years these 14 projects will have an impact on better understanding – and especially better treatment – of heart failure,’ he said.

The EU's European Research Council (ERC) funded LONGHEART project is taking a molecular approach investigating the role of long non-coding ribonucleic acid (lncRNA), a molecule essential to several biological functions. The role of IncRNA is basically unknown in heart failure, but their study hopes to use these molecules for better diagnosis and treatment.

The project, which runs until 2020, is progressing well, says lead researcher Professor Thomas Thum of the Hannover Medical School, Germany.

‘I hope that by the end of the project we will have identified at least two or three promising targets,’ he said.

With further research followed by collaboration with the pharmaceutical industry, those discoveries could lead to new medications, although that point could be as far as 10 years away.

Prof. Thum believes there is a gathering momentum in this field of research as individuals and societies wise up to the costs of heart disease and the lifestyle factors that contribute to it.

‘There has been a lack of novel targets and novel treatment options for the last two decades. Now there is really a momentum – the public realises that CVD is killer number one and we need to put more focus on it,’ he said.