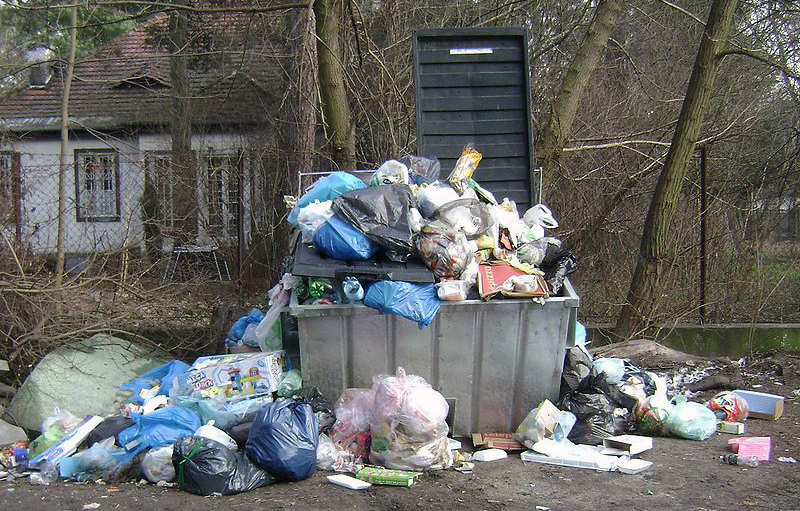 Microwaving waste and feeding it to genetically engineered microbes can turn your rubbish into new materials, like biodegradable plastic.

Researchers are working hard to figure out how to harness the 477 kilograms of household waste that that average person in the EU generates. Some of this waste is recycled, but a lot is still sent to landfill, burned to release heat for energy production, or fermented to produce methane fuel, and all of these can lead to high levels of greenhouse gas emissions.

It would be better to find a way of turning our domestic waste into something more environmentally friendly and one hope lies in using microwaves and genetically engineered microbes to transform our waste into biodegradable plastic.

SYNPOL, an EU-funded project, has recently developed a technique that could pave the way for such a revolution.

Their new technique is based upon pyrolysis, which is a process where organic waste from households and industry is heated until it breaks down and forms hydrogen, carbon monoxide and carbon dioxide, collectively known as syngas.

This process normally requires expensive high temperatures, but SYNPOL scientists have shown that if they blast the waste with microwaves at the same time they need less heat. This produces a cheaper syngas that is also richer in carbon monoxide and hydrogen, and lower in carbon dioxide, making it even more valuable.

These gases are then fed to genetically engineered bacteria which turn them into the building blocks of biodegradable plastics.

At the end of the supply chain, SYNPOL also demonstrated that when their bioplastics finally end up on a compost heap, they will completely biodegrade into harmless substances.

This would allow municipalities to transform all of their organic waste into syngas, which could then be used to produce cleaner fuel or bioplastics.

‘The principle has been demonstrated.’

According to Professor José Luis Garcia, of the Spanish National Research Council, and coordinator of SYNPOL, syngas can also be converted into ethanol and then used as a fuel, but the price it receives is too low to be financially worthwhile. Bioplastics, however, could command a higher price.

There are other forms of organic waste, such as woody waste, for which pyrolysis and digestion by microbes are not a solution.

Dr Irina Borodina, of the Novo Nordisk Foundation Center for Biosustainability in Denmark, is the coordinator of the EU-funded BioREFINE-2G project, which has been trying to find ways of transforming wood into sustainable by-products. Currently some woody matter can be fermented into bioethanol – but the rest of it resists this process because the yeast cannot break down the pentose sugars it contains.

This leftover waste is currently turned into low-value biogas, so the BioREFINE scientists have been trying to turn it into something of higher value – like plastic.

The breakthrough came when Dr Borodina’s team tried their hand at a revolutionary new genetic editing technique called CRISPR. This allowed them to produce a yeast that was able to tackle these resistant pentose sugars in the wood waste streams.

Previously, conventional genetic engineering techniques could only be applied to laboratory specimens of yeast, which were too delicate for the robust environment of woody waste streams. But CRISPR allowed the team to engineer a tougher industrial yeast that could survive outside labs and also produce dicarboxylic acids – useful building blocks of bioplastic.

Other parts of the consortium got to work on these building blocks. One Portuguese member tackled the tricky issue of extracting the precious dicarboxylic acids from the fermented waste stream; and two Spanish members achieved the final step – turning them into new types of polymers that are biodegradable and can be used for packaging and adhesives.

According to Dr Borodina, CRISPR has made a big difference in creating a greener business model for the industry, and these waste streams can now be ‘turned into something useful in an economic and meaningful way’.

Over at the SYNPOL project, there have also been challenges. Prof. Garcia has had trouble instilling the work ethic into his genetically engineered bacteria. They do feed on the syngas and they do produce building blocks for bioplastics – but they work too slowly, and their output is too low to be economically viable.

‘We believe that, in the end, we will be able to find bacteria that will produce bioplastic (effectively),’ he said.

The other stages of the project have met with more success. Prof. Garcia’s team has demonstrated that microwave pyrolysis can work at laboratory scale. Scaling up, however, requires a more robust kit than one finds in a laboratory because microwaves and hydrogen is potentially an explosive combination.

But the Spanish National Research Council, along with Prof. Garcia, will be involved in a further EU-funded project called CELBICON. It aims to scale-up the production of sustainable chemicals from syngas which will then help create the business case for this bioplastic production.

‘The principle has been demonstrated,’ said Prof. Garcia. ‘What is needed now is scale.’