Microsatellite swarms could paint clearer picture of our planet

Microsatellites such as those developed by ICEYE not only reduce the size of the satellite but also cut costs significantly. Image credit - ICEYE

Tiny, low-cost satellites that can work together to boost their output and a technology that reduces the loss of satellite data are two of the latest innovations to hit the Earth observation market – and the results promise to reveal a more detailed image of our planet.

Space is not just a hostile place for life, but also for business. Building and launching a traditional bus-sized satellite tens of thousands of kilometres above Earth can cost hundreds of millions of euros, but thanks to miniature satellites, the economics are changing.

Among the start-ups seeking new ways to tap into space’s potential is microsatellite manufacturer ICEYE. It aims to cut satellite prices to less than one-hundredth of traditional satellites, using a series of microsatellites partly built with off-the-shelf mobile electronics.

In January, the company sent what it described as the world’s first microsatellite based on synthetic-aperture radar - technology that allows satellites to see through clouds and into the dark - into a low-Earth orbit of about 500 kilometres.

Suitcase-sized and weighing just 70 kilograms, ICEYE-X1 is the first of three satellites that the company plans to launch this year, with a goal of having 18 in the sky by the end of 2020.

ICEYE says that gloomy conditions can make imagery using optical-based systems unavailable up to 75 % of the time, a problem their technology avoids.

‘That means you can image in any place in the world at any time,’ said Pekka Laurila, CFO and co-founder of ICEYE.

At present, requests from companies for data can take satellite providers days to process, and are often updated only once every 12 hours. ICEYE believes it can get this down to two hours once it gets six microsatellites into the sky, and even further with more launches.

‘If you’re able to do monitoring on a scale of a few hours, you are actually catching a set of completely new phenomena that has never been monitored from space before,’ said Laurila. ‘It gives you access to understanding these phenomena on a human timescale.’

There are all sorts of areas in which this could be applied, from agricultural production to tracking climate change, but one of ICEYE’s key initial focuses has been ice surveillance for companies involved in Arctic operations – where vessels moving at several knots need rapid updates on ice-field movements.

This revolutionary approach has arrived at a time when unprecedented amounts of data are being generated by satellites.

The surge in data is driven by a range of factors, including more detailed Earth observation services. One way to process this increasing flow of information is to find better ways of getting satellite data back down to ground.

At the moment, a lot of satellite data gets lost in transit to and from Earth, or ‘thrown overboard’, according to John Mackey, CEO of mBryonics, a technology development company based in Galway, Ireland.

He coordinates a project called RAVEN, which is working to improve signal transmission. To do so, mBryonics is harnessing a technology called adaptive optics, which is used in telescopes to give astronomers clear images of stars by reducing the twinkle when viewing them through the distortion of Earth’s atmosphere.

'If you're able to do monitoring on a scale of a few hours, you are actually catching a set of completely new phenomena that has never been monitored from space before.'

Adapting this technique to beam data up and down from satellites helps create a much stronger signal and a higher data rate by lessening such atmospheric interference, said Mackey.

Moving this data faster could also help with a challenge facing future low-orbit satellites – seeing less of the Earth than those satellites higher up. Low-orbit satellites have a more limited line of sight to ground stations and therefore a smaller window to beam data down when they pass by – maybe just 10 to 15 minutes, said Mackey. Speeding up the data rate means they can transfer more during this period.

Additionally, mBryonics is seeking to use its technology to create links between satellites, which could help create constellations to intelligently route data in the most efficient way possible. ‘Then, if I send my data up to the satellite, it can fire it across the satellite constellation and get me to my destination much faster,’ said Mackey.

And not only can that cut the number of ground stations needed, but it could also help move the data faster and thus avoid big delays in providing costly satellite-related services. mBryonics is aiming to demo a full commercial system of its satellite technology within the next two years. 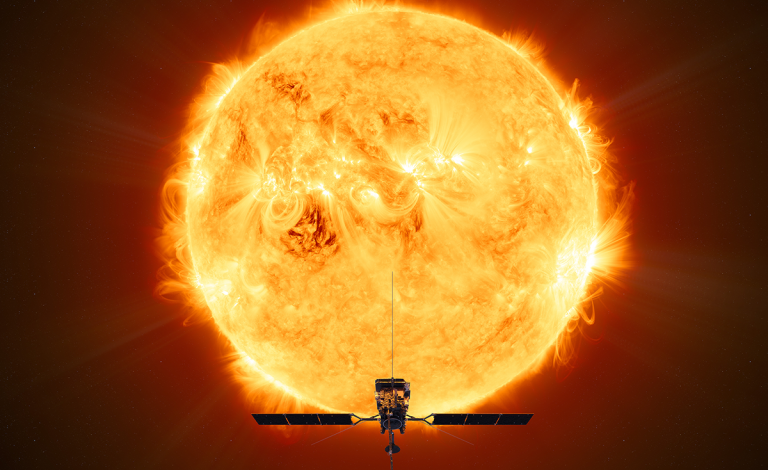 At 23.03 (local time) on Sunday 9 February, Europe’s newest mission to study the sun is set to lift off from Cape Canaveral in Florida, US. Called Solar Orbiter, this European Space Agency (ESA) mission will travel to within the orbit of planet Mercury to study the sun like never before, returning stunning new images of its surface. 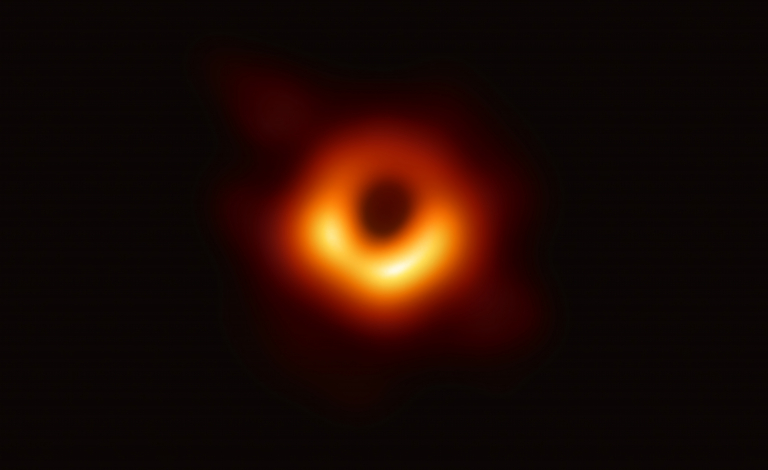 How did supermassive black holes grow so fast?

Black holes in the early universe pose a bit of a problem. Based on observations from telescopes on Earth and in space, we know that some black holes grew to be a billion times the mass of the sun just one billion years after the Big Bang. Our current models of black hole growth, however, can’t explain this speed of growth. So how did these supermassive black holes come about?