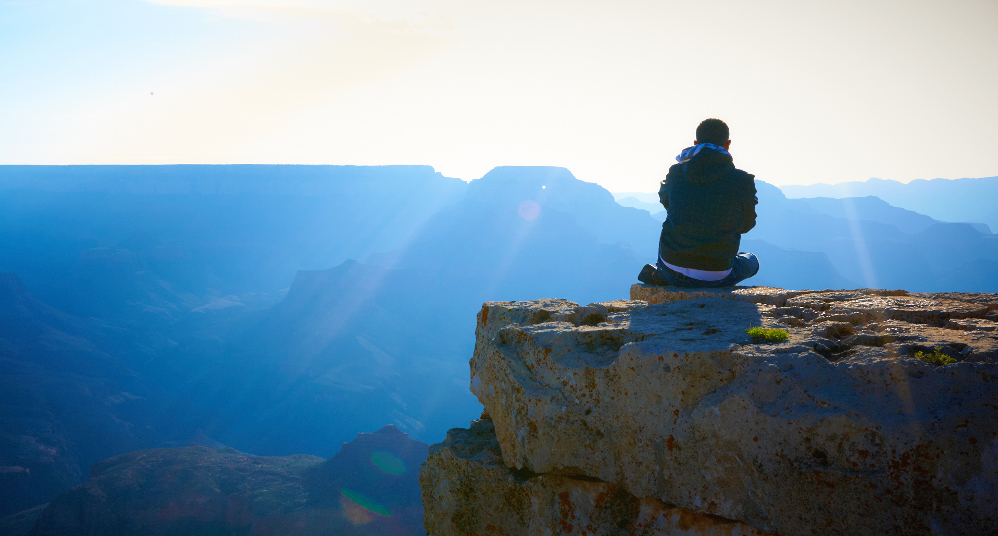 Intensive bouts of meditation have an immediate and visible impact on practitioners’ sleeping brainwaves, researchers have confirmed, in results that help enlarge the picture of how exactly the mind-training practices can change our brains.

Over the past fifty years, practices such as yoga and meditation have jumped from the counterculture to the mainstream, with many people praising their stress-relieving and wellbeing effects. They've also attracted the attention of neuroscientists who are busy studying how exactly these activities affect our brains and the impact on our behaviour.

In a recent experiment, researchers studied the brainwaves of expert meditators while they slept after two sessions of intensive meditation training, and compared them with recordings from the same people before training. They found that after the sessions they showed an increase in slow brainwaves and so-called sleep spindles, brief periods of waxing and waning faster oscillations, early in the night.

Similar patterns have been observed during sleep after other kinds of training, and are thought to reflect processes the brain uses to strengthen new memories and learning during sleep.

‘Sleep spindles and slow waves are both considered markers of plastic changes (changes in structure) induced by activities performed during wakefulness,’ said Dr Daniela Dentico of the Center for Healthy Minds, University of Wisconsin–Madison in the US, who co-authored the study.

The research was part of a collaboration between US researchers and a team led by Dr Antoine Lutz at the Lyon Neuroscience Research Center, France, who received funding from the EU’s European Research Council (ERC) for the BRAINandMINDFULNESS project to look at the impact of mental training on the brain.

Their work builds on results from earlier studies in which they showed that long-term meditators with thousands of hours of training had more gamma wave activity in their sleeping brains than non-meditators. While there is no agreement on the exact function of gamma waves, some scientists believe they are associated with focus and concentration.

These results were surprising because gamma activity is more characteristic of waking brain activity.

‘Sleep is a privileged window to look at the neural traces of waking experience,’ said Dr Dentico. ‘It was very exciting to find a signature of meditation practice while you're asleep, not meditating; that really means meditation changes the defaults of the way your brain works.’

The researchers have also demonstrated that waking brainwave activity in long-term meditators is more synchronised across the brain. Synchronised activity in specialised brain circuits is also thought to be a key signature of conscious experience, so these findings may suggest an increase in conscious awareness.

Taken together, the group’s findings are contributing to a picture of how meditation affects the brain. Slow brainwave activity in frontal regions seems to be involved in meditation's immediate effects, while faster activity towards the back of the brain marks its long-lasting impact.

The next step will be to extend the sleep measures to methods that can be used while participants are awake, which could equip clinicians with better tools for measuring the impact of mindfulness meditation-based treatments.

Elsewhere, researchers are investigating the neural basis and effect of self-transcendence, the ability to disassociate our sense of self from our physical bodies and feel a connection with the universe. This is a trait which is commonly seen in people who practice spirituality and meditation techniques.

‘The aim is to understand how changes in brain activity during spiritual experience, or self-transcendence, influence how we understand others' behaviour,’ said Dr Cosimo Urgesi from the University of Bangor, UK, who has received a Marie Skłodowska-Curie grant for the SPIRIT project to investigate how our mental connection with our bodies can affect empathy.

By using transcranial magnetic stimulation, a non-invasive method of activating and supressing different parts of the brain, Dr Urgesi identified a part of the brain called the posterior parietal cortex that seems to help us create a unified sense of self.

‘Different forms of mindfulness and yoga practices have different effects on social perception.’

‘What makes our body “ourself” is that when we want to move, we actually move, and when we see it touch, we also feel it touch; there is compatibility between different sources of information,’ he said. ‘And the posterior parietal cortex seems to play a crucial role in this integration.’

They are now investigating the link between people's sense of connection with their bodies, which can be altered through techniques such as yoga and mindfulness meditation, and their level of empathy.

Dr Urgesi found that participants who did yoga scored higher on an emotion recognition task than those who performed a body-scan exercise common in the practice of mindfulness meditation.

Yoga enhances awareness of bodily signals, whereas mindfulness promotes an external perspective, so this result supports the idea that having a greater connection improves social perception.

However, a different mindfulness technique, decentring, where participants practice viewing their thoughts and feelings as impermanent and objective features of the mind, improved participants' emotion recognition more than yoga, especially for expert practitioners.

He says that uncovering these links further may help to improve social interactions.

‘Understanding how spirituality affects our understanding of others' mental states and our reaction to their behaviours might enable us to implement educational programmes for people working in hospitals or schools, to enhance self-representation, and improve their ability to relate with others,’ he said.