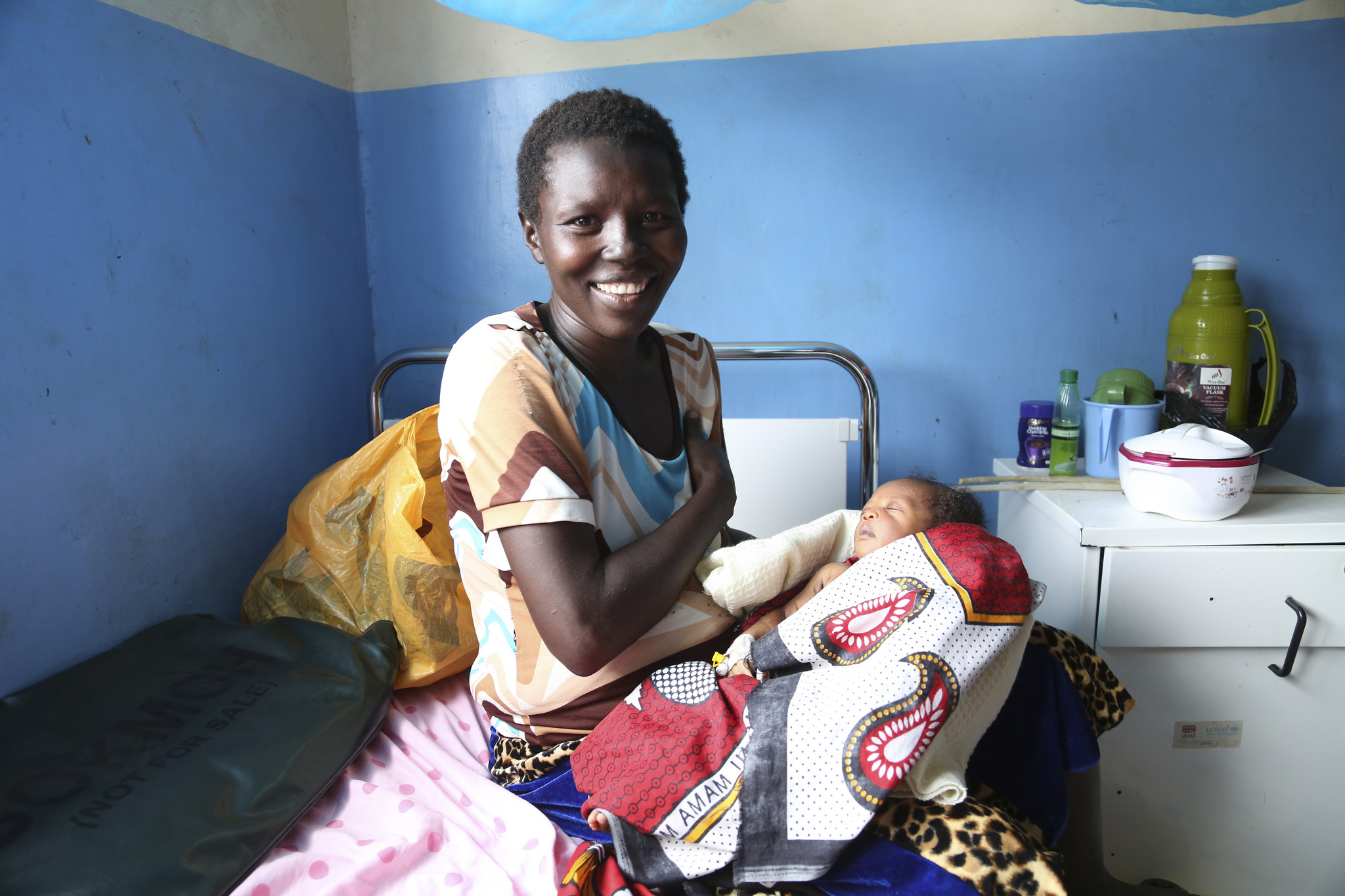 A successful project to improve childbirth safety in Mali and Senegal will now be rolled out to Chad, Niger and Burkina Faso. Image credit: Russell Watkins/DFID is licensed under CC BY 2.0 https://flic.kr/p/TJn81M

An audit committee that reviews deaths during childbirth and works out how to avoid them has won its founders the €1 million EU Horizon Birth Day prize for a solution that saves the lives of mothers and their babies.

More than 800 women die every day from preventable complications in pregnancy or childbirth and 99% of these deaths occur in developing countries.

‘The day that you are born is the most dangerous day of your life,’ said Professor Marleen Temmerman, director of women’s health at Aga Khan University Medical College in Kenya. ‘We know what to do but we don’t implement enough.’

The former director of reproductive health and research at the World Health Organization was speaking at the awards ceremony of the Horizon Birth Day prize, an initiative funded by the EU, the Bill & Melinda Gates Foundation and MSD for Mothers to support marketable, scalable and innovative solutions for preventable deaths in childbirth.

The EU and the Bill & Melinda Gates Foundation each provided €1 million in prize money and MSD for Mothers offered €500,000.

First prize went to a project called QUARITE, which implemented a simple but effective scheme that reduces the death toll of mothers and babies during childbirth – an audit committee that reviews all maternal deaths and then makes recommendations to improve conditions. Carried out in Mali and Senegal, the initiative successfully reduced overall maternal deaths in hospitals by 15% and also cut neonatal mortality.

‘Technology is just a part of the process. But innovation is changing the world by doing things differently,’ said Carlos Moedas, EU Commissioner for Research, Science and Innovation, who presented the QUARITE project with their prize. ‘It’s tragic to see that so many mothers or their newborn babies die. Through this contest, we identified several ways of preventing these deaths,’ he said.

‘The day that you are born is the most dangerous day of your life.’

Dr Alexandre Dumont of the Institut de Recherche pour le Développement in France, the lead researcher of QUARITE, said that the idea for the project came from the time he spent as a young doctor working in hospitals in Africa.

‘I was very shocked about the maternal deaths, I wanted to do something,’ he said. He later examined historical initiatives in the UK, where maternal death reviews had been established with a lot of success, and decided to bring a similar scheme to Mali and Senegal.

The project encountered some cultural obstacles however – doctors and medical staff were initially very hesitant to support the programme, fearing that they would be blamed for mistakes made.

No name, no blame

‘There was a lot of resistance. When you start such a process in any country for the first time, it’s very difficult because people are afraid of what might happen – maybe the chief of the committee would say to the health professional that “this is your fault”,’ said Dr Dumont. To reassure the staff, they adopted a no name, no blame strategy, and by targeting the failed processes rather than the individuals, they succeeded in substantially reducing the mortality rates.

Some of the problems that the audits highlighted were surprisingly simple – for example, mothers who went into labour during the night were unable to receive oxytocin because the local pharmacy was closed. The audit brought such issues into the spotlight and a small emergency pharmacy was set up in response.

There was a substantial impact on rural and remote hospitals, which have extra limitations relating to drug supplies, medical equipment and also training and supervision. In these hospitals, the death rate decreased by 35% as a result of the death audits. QUARITE is now expanding its reach to Chad, Niger, and in the future, Burkina Faso.

A second prize, also of €1 million, went to Clinton Health Access Initiative Maternal and Neonatal Health Nigeria (CHAI MNH Nigeria), which developed a way of identifying potential complications early in pregnancy and tracking high-risk situations. The goal is to combat problem deliveries in hard-to-reach communities, away from necessary medical facilities, and CHAI MNH specifically targeted three northern Nigerian states where more than 80% of all women deliver at home.

The project provided healthcare workers with training and guidance in identifying and treating complications early on, trained birth attendants to ensure that correct midwifery care was given, improved supply chains for necessary drugs and medical devices, and set up a motorbike ambulance service to rapidly rush women to hospitals in the event of emergencies. The CHAI MNH initiative successfully reduced mothers’ deaths by 37% and stillbirths by 15%.

The third prize of €500,000 was awarded to the WOMAN project from the London School of Hygiene and Tropical Medicine, UK, which tested and validated the use of a blood clot stabilising drug called tranexamid acid (TXA) to prevent deaths from bleeding, which is the leading cause of mortality during childbirth worldwide.

TXA is inexpensive – it costs just over €2 – heat stable and easy to use, making it ideal for use in developing countries. Trials showed that TXA can reduce deaths from post-partum bleeding by 20% overall and by 31% if given within three hours.

The idea behind Horizon prizes is to offer a cash reward to whoever can most effectively meet a defined challenge. In the case of the Birth Day prize, the challenge was to find a novel, safe and scalable solution to make childbirth safer.

This type of challenge-based prize is designed to act as an incentive for innovation by prescribing the goal but not who the innovator should be or how the goal should be achieved.

The EU has a range of Horizon prizes either underway or coming up for challenges including clean engines, CO2 recycling, and tactile displays for visually impaired people.