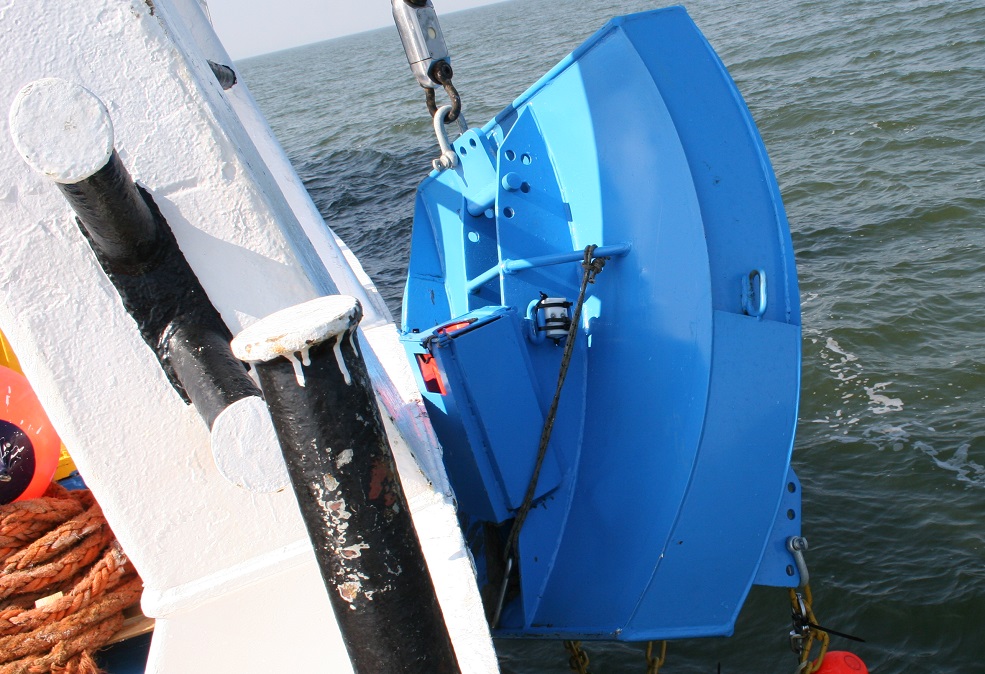 Bottom trawling, where fishing boats drag a heavy net along the seafloor, can devastate marine habitats and cause fish stocks to plummet, but scientists have developed new eco-friendly techniques to support the sustainability of an industry employing tens of thousands of people.

Bottom (benthic) trawling indiscriminately catches bottom-feeder fish and seafood like plaice, cod, shrimp, scallops and mussels, with unwanted by-catch often thrown back into the ocean and wasted. The biodiversity of marine ecosystem is also threatened because heavy trawler nets can bulldoze cold water coral and sea sponge habitats on the seafloor, which then take decades to regenerate.

Despite this, according to Professor Adriaan D. Rijnsdorp from Wageningen Marine Research in the Netherlands, fishermen with the right equipment operating in low-sensitivity areas could actually trawl the seabed sustainably.

Prof. Rijnsdorp coordinated the EU-funded BENTHIS project, which analysed the impact of current bottom trawling approaches on seafloor ecosystems. As part of this work, which finished at the end of 2017, the BENTHIS team created habitat sensitivity maps in order to direct fishing towards the least vulnerable areas and prevent them trawling in areas essential to the future productivity of fisheries.

‘The critical (sustainability) question is how much of specific habitats do we need to conserve to protect all the functions of the benthic (seafloor) ecosystem and what intensity of trawling can be allowed with a particular gear,’ he said.

The team found that dynamic habitats which are shallow, muddy or sandy are less sensitive to bottom trawling than deeper areas, meaning fish can reproduce quickly enough to support the industry while avoiding ecosystem collapse.

These habitat maps have proven to be versatile. ‘The most important result is that we have developed this methodology which can be applied anywhere – the North Sea, Adriatic Sea, Baltic Sea, even the Mediterranean,’ said Prof. Rijnsdorp.

In addition, BENTHIS worked with fishermen and maritime manufacturers to develop lighter trawling gear which has less impact on the seafloor. Their version is towed close to the seabed, but the open net makes less contact with the seafloor.

‘It’s not only ecologically better but it also reduces the fuel costs of the operations – that’s an important advantage,’ said Prof. Rijnsdorp.

The majority of trawling in Europe is carried out by its large-scale fleet of trawlers sized between 12 and 24 metres long. According to the EU’s Joint Research Centre, this fleet employs over 68 000 fishermen on 16 000 vessels.

It’s a huge challenge to convince so many fishermen to adopt sustainable practices so any solution must consider the economic impact on their livelihoods. A promising option BENTHIS examined is a habitat credit management system where authorities would licence fishermen with an amount of credits equivalent to the legal amount of fish they can catch.

‘If fishers trawl in areas which are more sensitive you have to pay more of your habitat credits,’ said Prof. Rijnsdorp. ‘In that way, you can create an incentive for fishermen to avoid fishing in sensitive areas and they can (have enough credits to) still make their normal living.’

It would work alongside quotas, which governments use to regulate fishing. Quotas aim to support the long-term sustainability of the industry by setting rules on what species can be caught, when, and how much of it can be landed.

Quotas in the EU are based on scientific advice from the International Council for the Exploration of the Sea (ICES) and the EU’s Scientific, Technical and Economic Committee for Fisheries (STECF). EU Member States then negotiate whether to increase, decrease or keep current catches within the range suggested by scientists.

‘The EU asked scientific advice from ICES to develop a methodology to quantify trawling impacts on different fisheries,’ said Prof. Rijnsdorp. ‘BENTHIS paved the way to further fine tune and develop this methodology.’

Yet still, precious little is known about how commercial fishing actually changes the food chain of a marine ecosystem. Dr Peter Grønkjær, an expert in aquatic biology and an associate professor of bioscience at Aarhus University in Denmark, says there just isn’t enough concrete information out there.

‘We can make food webs connecting predators and prey, but we have very little evidence if these models are right and if they reflect what is actually going on,’ he said.

As part of an EU-supported project called FIMAF, Dr Grønkjær and his team have pioneered a way to examine bones inside a fish’s head, otherwise known as otoliths, that are used for hearing and balance. Described as primitive ‘ear bones’, these tiny calcium carbonate structures are made up of 1 % protein which, when examined, can reveal the diet of the fish they were collected from.

A number of fisheries have collected these ear bones for decades and can offer a historical perspective of the changing dietary habits of commercial fish. FIMAF scientists have been analysing bones from European fisheries from as far back as the 1950s to explore the impact of fishing activities on the changing profile of the marine food chain.

‘We will be able to look at how the whole fish community will respond to one or two species being fished,’ said Dr Grønkjær, who coordinates the project.

‘When the fishing pressure has reached a certain level and the population has gone down, we could see how fish will change their feeding habits,’ he said.

FIMAF has already found that cod in the Arctic adapted their feeding habits to eating more capelin, a small fish 10-14 cm long, following the increase in shrimp fishing. Findings like this could reveal if over-fishing of specific species is happening and if that threatens the productivity of the fishing industry.

The project is currently examining commercial fish – saithe (pollock), cod and haddock – but the researchers hope to expand their approach to other species in order to create an even more detailed picture of the changing marine food web.

Before that, their findings will help reinforce scientific data for fishing quotas which, Dr Grønkjær hopes, will help politicians make better judgements when managing fisheries and setting quotas.

‘(Our research) will be a valuable way to look at some hidden consequences of fishing and test the food web models being made to see if they hold true,’ he said.

Three-quarters of the fish or seafood consumed in the EU comes from wild fisheries. The fishing industry supports many coastal communities, with the full EU fleet directly employing over 150 thousand fishers alone.

But increasing demand is putting many fishing grounds at risk. For example, over 90 % of the fish stocks assessed in the Mediterranean are over-exploited.

The EU has agreed that by 2020 all fish stocks should be able to produce the highest catches possible without jeopardising the future productivity of fisheries. Through its Horizon 2020 funding programme, the EU has allocated EUR 166.5 million between 2018 and 2020 to Blue Growth research, which aims at developing technology and data to support sustainable harvesting of marine resources.