March of the exoskeletons 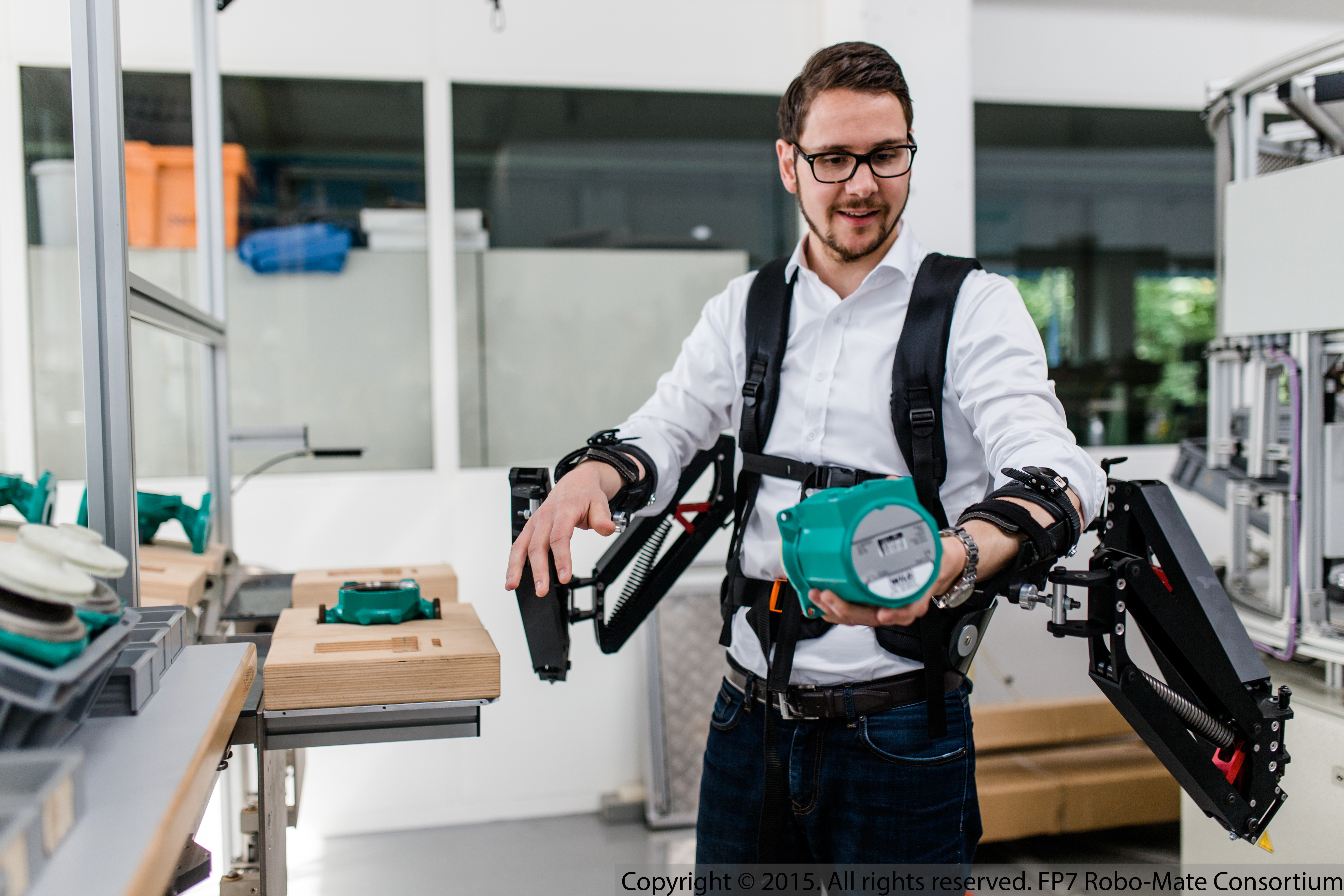 Researchers are developing an exoskeleton prototype that makes it easier to carry heavy loads. Image courtesy of Robo-Mate

Body-enhancing robotic exoskeletons will soon be stepping out of movies such as Alien, Avatar and Edge of Tomorrow and into homes, clinics and workplaces across Europe.

The wearable technology uses electric motors and springs to augment the strength and balance of the human body. It has long been the subject of military research, but now engineers believe the technology is advanced enough to find much broader appeal.

Europe's manufacturing industry needs an edge in order to compete in a global marketplace.

Research into robotics is one way of achieving this, giving Europe a high-tech advantage.

In order to help stimulate innovation in manufacturing, the EU has teamed up with industry and academia in public, private partnerships such as the Partnership for Robotics in Europe and Factories of the Future.

Exoskeletons typically consist of a framework that covers a person’s limbs. The framework has joints alongside the person’s own skeletal joints, and these are powered by motors or springs to assist in strength or endurance.

Exoskeletons with motors are more flexible and more powerful, whereas those with springs can be made much lighter, according to Dr Konrad Stadler, an engineer at the Zurich University of Applied Sciences in Switzerland who is the technical project manager of the Robo-Mate project, which is working on an exoskeleton that could help manual workers.

As part of the EU-funded project, he and his colleagues are designing different exoskeleton ‘modules’ to suit the different tasks carried out by manual workers.

‘Musculoskeletal injuries and disorders are caused by lower back compression forces, which result from the load carried and the worker’s own body weight, as well as the posture of the worker,’ says Dr Stadler.

‘Lifting loads with outstretched arms will produce much larger compression forces in the lower back than lifting the same object close to the body.’

By slipping on a Robo-Mate exoskeleton, a worker trying to carry a heavy object with outstretched arms ought to feel more like he or she is carrying it close to the body. Dr Stadler and colleagues are currently testing a prototype in the lab, and hope to be doing industrial tests next year.

Article continues after the image.

But exoskeletons are not all about strength. Dr Veneman is investigating whether exoskeletons can also be used to keep people stable as part of the EU-funded BALANCE project.

The human body normally keeps itself balanced with two mechanisms: altering the stiffness of joints, or moving hands and feet to more stable positions. ‘It is very subtle where you place your foot,’ he explained. ‘If you place it too far, or too close, you can easily lose balance.’

The aim of the BALANCE exoskeleton is to learn how the body does this naturally, and see whether the exoskeleton can assist the body to do the same thing. It is currently in the design stage, but Dr Veneman says the prototype should offer minimal resistance to movement, so that it can follow accurately the movements of healthy and infirm people.

Once the system understands the human body’s balancing mechanisms sufficiently well, it should be able to replicate it. In theory, you should be able to give someone wearing the BALANCE prototype a push, and the system will move the person’s feet to stop them falling over.

That will require a rather complex exoskeleton with multiple joints, and sensors that can detect instability.

A simpler exoskeleton, and one with a good chance of commercialisation in the near future, is the one being developed within the EU-funded AXO-SUIT project, which is part of the EU’s Active and Assistive Living programme to enhance quality of life for the elderly. The idea behind AXO-SUIT is to help elderly or infirm people perform basic everyday tasks, such as standing up, walking, reaching and grasping.

The technology behind AXO-SUIT is not dissimilar to that in an electric bike, says project lead coordinator Prof. Shaoping Bai of Aalborg University in Denmark. Rather than completely take over, the motors assist action that the user is already trying to perform, such as bending down to water the plants and standing back up again.

AXO-SUIT is currently at the prototype stage. In about five years, however, Prof. Bai hopes that his group will have a commercial version costing between EUR 8 000 and EUR 10 000.

That may sound expensive, but Prof. Bai believes the exoskeleton could replace a lot of costly personal care for the elderly. ‘It would be helpful for them to maintain their quality of life while staying at home, rather than move to a care centre,’ he said.