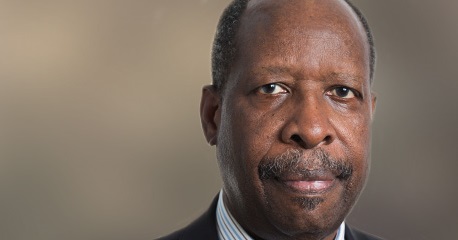 We will see vaccines for malaria and HIV within the next one or two decades, predicts Dr Leonardo Santos Simão, the former health minister of Mozambique, who has been appointed High Representative South of the European & Developing Countries Clinical Trials Partnership (EDCTP), which aims to accelerate the development of new treatments, vaccines and diagnostic tools for diseases in sub-Saharan Africa.

What are the priorities when it comes to tackling disease in Africa?

‘Africa has been plagued with infectious and neglected disease, (which has been) very much the same over decades. We have malaria, we have HIV/AIDS and tuberculosis. But there are many, many others also like intestinal parasitic diseases affecting children, trypanosomiasis, schistosomiasis, filariasis, river blindness and many others.

‘But this is not the end of the story. We are also seeing the emergence of non-infectious diseases, like high blood pressure and other cardiovascular diseases, we see also increasing numbers of cases of cancer, of different types of cancers, but also of metabolic diseases like diabetes. That means that the challenge we are faced with in the health sector is increasing, but the capacity of the continent to deal with disease is not increasing proportionally. But with the EDCTP programme this can happen.’

Are problems the same across the whole continent?

How can you play a role in tackling these diseases?

‘The main thrust of my job is to assist the continent to create its own technical capacity to deal with these diseases. How? By training researchers and scientists. And secondly, by developing the technical capacities of laboratories and other infrastructure which is needed for research. And third, developing a whole structure of ethics and regulations guiding the conduct of research.

‘The combination of these three objectives will increase the capacity of Africa to play a major role in developing solutions, and these solutions will come from two fields. One is by clinical trial of new drugs and vaccines, the second group will come from diagnostic tools also. All this combined means that Africa will be better prepared to tackle infectious disease more successfully.’

What’s needed for that to happen?

‘It’s important to make scholarships available to train these people at the level of master’s degree, PhD and post-doctoral training so that they have the scientific capacity to deal with the challenges. But also you need the material conditions for them to work, otherwise they are going to migrate. So the development of infrastructure for researchers is an important component.

‘Also you need to bring other players on board. With clinical trials you sometimes have very sensitive issues of ethics, and also of local beliefs, culture and other aspects. So people have to be prepared and also institutions need to be better prepared to deal with these challenges.

‘And, of course, money is important because to attain all this you need to finance it. That’s why it’s important to mobilise governments to be part of it. Because they have to see all of it in a broader picture of long-term development, of long-term investment for national development. By helping (countries have) a healthier population, you are also (contributing to) better economic development of the country because a healthier population is more productive.’

One of your roles is to try and get more countries financially and politically engaged in EDCTP. What are some of the problems now?

‘Things will not be completed overnight, some things will take even one generation or more. But you have to start.’

‘Usually most African countries operate on a very tight budget. So (there is) a constant struggle among conflicting priorities, not only for what was planned but also for emergencies that are happening. Under these circumstances it is very difficult to make what is not an emergency (into) a priority. You’re going to say, “Ok, I can postpone that. If I don’t do it this year I can do it next year.” Then the following year comes and you keep on postponing it. My challenge is to convince them, “Please don’t postpone.”

‘The other group of countries (who are not members of EDCTP), they are not members because they don’t know that much about EDCTP. So it is important to explain what this programme brings (which is) different from the others.

'One (aspect) is it’s a long-term perspective. EDCTP 1 lasted about 10 years. Now we are in the second programme which also will be of 10 years. And I have every reason to think that EDCTP 3 will be another 10 years. And this is rare.

'The second aspect which is unique is this training of African scientists. Most projects (outside the EDCTP) will give you on-job training here and there, short-term courses, but not as an intrinsic and essential part of it to train scientists with degrees – masters degrees, PhDs and beyond that.

‘And thirdly, this capacity is something that is going to last. Which is different from having foreign scientists come with all their equipment, do the job and once the project comes to the end, they just pack and go and nothing is left. No. The purpose of this project is to create a long and lasting capacity within the country.’

What would you say to governments that are worried about brain drain?

‘It’s important that we discuss this possibility with them, because it’s a fact. (But) you can be creative. For example, in Mozambique, we had cases where we had agreements with partners to top up salaries. So the government pays the normal salary and because you recognise that this group of citizens are playing a major and specific role in society, you agree with your partners of cooperation, modalities to top up their salaries. This is just one example, but many other modalities can be used to retain these cadres in the countries.’

Looking further down the line, how do you put good results from human trials into practice?

‘There are two key institutions shaping the passages of healthcare in Africa. The number one is the ministries of health, so you have to bring the results to the ministry of health and partner with them. They will incorporate these results into their programmes of action. You can do that bilaterally but also you use the health ministers’ forums, the WHO (World Health Organization) meetings for instance. You go, you participate in these forums and share the recommendations.

‘The other group is composed of medical schools. So bring (the results) to medical schools so new doctors are going to be trained within these new, updated ways of dealing with diseases.’

Given the scale of the challenge, are you optimistic?

‘Yes, I’m optimistic. It’s true that things will not be completed overnight, some things will take even one generation or more. But you have to start, because if you don’t start in one generation from now you are going to have nothing. So it is not a short-term initiative, a quick-fix.

‘I hope to see over the next one, two decades, a vaccine against malaria, even against HIV/AIDS. I think it’s doable. There is a lot of effort, a lot of bright scientists involved in different parts of the world at the same time so I think a breakthrough will be achieved sooner rather than later.’

EDCTP began in 2003 to fund research into the ‘big 3’ diseases affecting sub-Saharan Africa: HIV, tuberculosis and malaria. Its second programme, launched in 2014, extended its scope to include other poverty-related infectious diseases, focusing particularly on advanced human trials of treatments, vaccines and diagnostic tools.

The EU has committed to provide up to EUR 683 million between 2014 and 2024, as long as this is matched by contributions from the European members. Funding is available for researchers from all EU Member States, countries associated to Horizon 2020 and countries in sub-Saharan Africa.