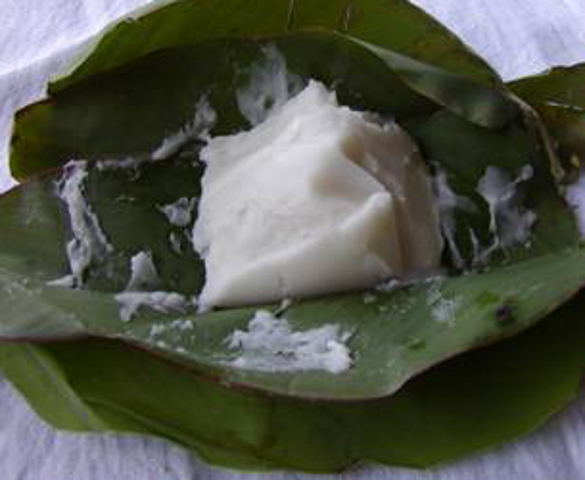 Traditional African foods such as akpan, a yoghurt-like product prepared from partially fermented cooked maize gruel, have been adapted so they can be sold on the international market. Image credit MESTRES

A world of exotic new foods enjoyed for centuries across Africa may soon be available in European supermarkets thanks to a research project spanning 11 countries on both continents.

For African farmers it means they can sell into lucrative EU markets, helping to create employment back home.

As part of the EU-funded AFTER project, African and EU researchers have combined European money and technology with African know-how and insight to modernise the way 10 traditional African foods are produced.

For example they’ve developed a bottled version of akpan, a yoghurt-like product prepared from partially fermented cooked maize gruel that can be stored for several weeks at four degrees Celsius.

They’ve also extended the shelf life of kong, a smoked catfish from Senegal, by improving how it is smoked and conserved using plant extracts and salts, and they’ve found a way to make better pulp and concentrate of the baobab fruit, known as monkey bread in Senegal.

‘The approach of the AFTER product to re-engineering indigenous African foods and targeting the international market is unique.’

‘The approach of the AFTER project to re-engineering indigenous African foods and targeting the international market is unique,’ said Dr Wis Amoa-Awua, from the Food Research Institute, Ghana, who was involved in the project.

Dr Amoa-Awua thinks the project could help boost economies in Africa, as it takes products that are currently confined to provincial or national borders and creates an international market for them.

‘This translates into a bigger market for raw agricultural produce produced by the local or African farmers,’ Dr Amoa-Awua said. ‘The food industry then makes a greater contribution to the national economy as a consequence and also creates job opportunities.’

Crucially, the project’s collaborative nature allowed African scientists to work in better equipped, more advanced laboratories, and be exposed to newer methods and techniques, while European scientists are exposed to working with different microorganisms with potentially exploitable technological properties.

This consumer-response approach to developing food products can be used to improve the marketability of most other traditional foods, too. Dr Amoa-Awua’s institute is now using the same approach to develop an indigenous fermented millet product, called fura, in a collaborative project with the University of Copenhagen, Denmark.

The work being done by the project has already had a major impact in Africa - it means that small food businesses there have been able to make traditional foods safer and more nutritious for locals.

That's crucial because over one billion people in developing and middle-income countries suffer from malnutrition, and food production will have to double in those countries if the world population reaches 9.1 billion by 2050, according to the UN’s Food and Agriculture Organization.

In many developing countries, malnutrition is an underlying cause of at least one third of all child deaths.

‘One of the problems we are facing in Africa is how to provide convenient foods for the fast-growing urban populations using local resources,’ said Professor Joseph Hounhouigan, AFTER project member from the Faculty of Agronomy at the University of Abomey Calavi, in Benin.

‘Our endogenous technologies are not adequate enough. They need improvement to increase productivity, to reduce water and energy use, and to (produce) safe, nutritious, convenient foods for urban populations.’

INSTAPA is another project funded by the EU which is aimed at tackling this dangerous issue. The researchers hope to improve nutrition by boosting nutrients in staple foods in Africa, such as millet, sorghum, maize and cassava.

Lack of key nutrients such as iron, zinc and vitamin A can especially affect children, as it can affect their immunity and cognitive development. INSTAPA brought together experts from ten EU and African countries to increase the amount of these nutrients in staple foods, and also to help train local food processors and experts to solve the issue themselves.

As for AFTER, the hope is now that the network and expertise in this neglected field of research will carry on even as the official project ends.

Meetings and demonstrations in Senegal and Benin have already been used to transfer the scientific knowledge into the traditional practices of local food companies.

‘AFTER is no longer just a project,’ said Dr Babacar Ndir, from the African Association for Agro Export (AAFEX), Senegal, who was involved in the project. ‘It is now a concept’.

Dominique Pallet, coordinator of the AFTER project, added: ’All the European and African partners in the project AFTER want that this concept continues to exist through new collaborations.’

The AFTER project forms part of a presentation by the EU at the Expo Milano 2015 world fair.

Expo Milano runs from 1 May to 31 October and focuses on feeding the planet sustainably.

For more about the EU pavilion at Expo Milano visit: http://europa.eu/expo2015/