Magnets are being used to extract algal molecules for the beauty, bioplastics industries 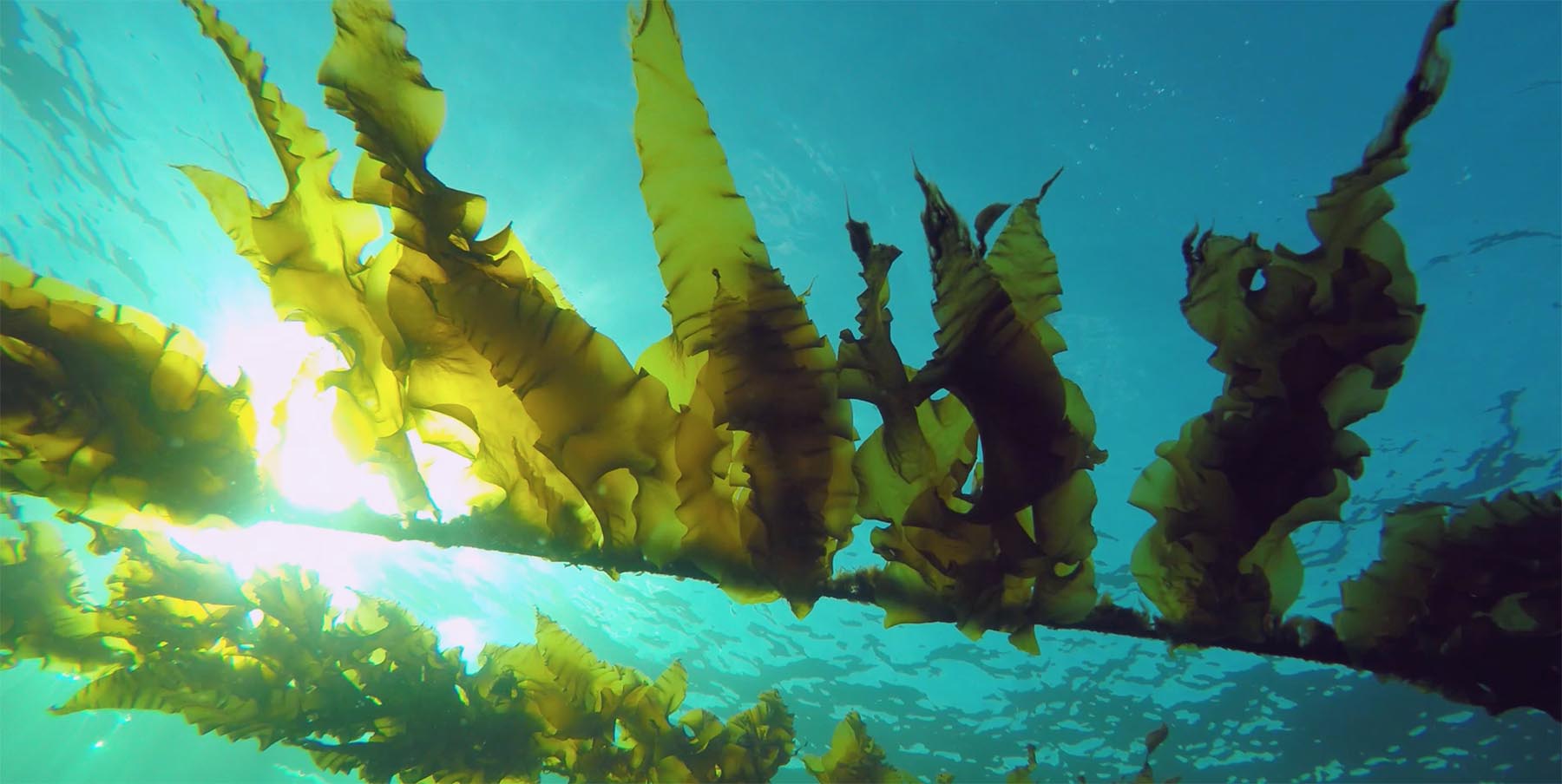 Saccharina latissima is one of the two seaweed species GENIALG is studying. Image credit - GENIALG

Entrepreneurs in the aquaculture sector face a problem – extracting all the valuable molecules from seaweed and algal cells is still really difficult. But marine enzymes and magnets are now making it easier to remove precious molecules and can even turn microalgae into magnetically-guided ‘vehicles’ for targeted drug delivery.

Algal cells contain all kinds of useful substances, such as omegas which are used in food supplements, proteins, anti-oxidants for beauty products, and organic chemicals that are used to make biodegradable alternatives to plastic.

Unfortunately, more than half of the substances found in seaweed cannot be harvested.

‘The problem with the industrial process of extracting alginate (a type of acid found in seaweed used in pharmaceuticals) is that 60% of the biomass will not be useable for anything else,’ said Dr Kévin Cascella, a molecular marine biologist and project manager for a project called GENIALG.

The project is using marine enzymes to ensure that all of the useful molecules found within algal cells can be extracted for industrial use.

As a result of strides made in next generation sequencing and whole genome analysis of bacteria living on seaweed, GENIALG thought that relevant methods could be developed to overcome the stubborn seaweed cell wall.

They began by selectively breeding seaweed for higher growth rates and a better yield, just as farmers have traditionally bred cattle for the best milk, but with an added dimension. By using genetic analysis techniques, the team is identifying the regions of the genome linked to specific traits. This could be the lipid content of a seaweed cell, for instance. Lipids are particularly interesting for nutraceuticals, the dietary supplements industry.

The researchers then looked at how to improve the physical and biochemical extraction of biomolecules.

Current industrial processes involve breaking seaweed cells apart by grinding or pressing. In this way, the cells go through a fractionation process to separate the liquid cell contents from the solid parts. Next, the compounds are removed with enzymes, which act as biological scissors, breaking the cell wall in specific places. Specific enzymes are used to generate and release particular valuable biomolecules. 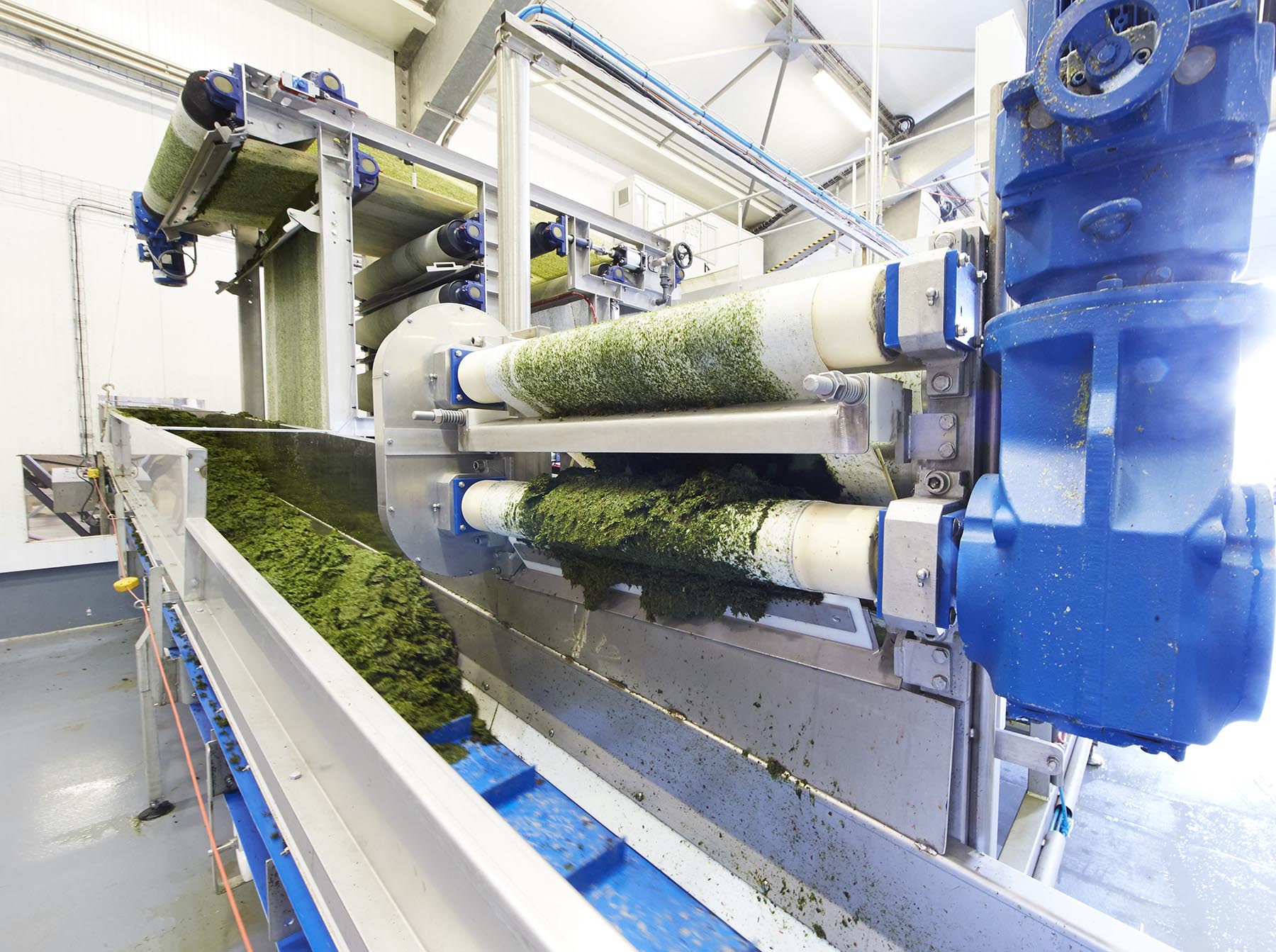 GENIALG’s researchers at the Roscoff Biological Station, France, have been working on marine enzymes for the past 20 years, and they believe they’ve found some bacterial enzymes that could produce higher yields than the commercial ones.

The team has two pilot biorefinery plants and is building a biobank, where scientists and the general public can study strains of seaweed at different points in their life cycle. According to Dr Cascella, they’ve already found a particular compound that has the potential to affect cancer cells, which they are currently investigating in more detail.

Enzymes are not the only means of harvesting those sought-after compounds. Another method being investigated by other scientists involves the use of magnets.

For microalgae to grow, photosynthesise and produce the biomolecules valued by different industries, they must be suspended in water and they have access to a light source. But light does not travel through water in a uniform way, and microalgal cells move around freely.

The VALUEMAG project thought that magnets could keep the microalgal cells consistently close to a light source so that they would photosynthesise at the maximum rate. They insert tiny iron nanoparticles inside microalgal cells to 'magnetise’ them, using a new device developed by the project. The cells are then spread across a cone with a magnetic surface and fed with a constant stream of water and light. This ensures that they are producing as many biomolecules as possible.

‘The problem with the industrial process of extracting alginate (a type of acid found in seaweed used in pharmaceuticals) is that 60% of the biomass will not be useable for anything else.’

When it’s time to harvest those useful biomolecules, magnets are used once again.

When the cells are broken apart, the researchers are left with a solution of microalgal extracts and nanoparticles. To remove the molecules that they want, such as proteins or lipids, the project uses a new technique that they developed called ‘selective magnetic separation’, says Professor Evangelos Hristoforou, the director of the Laboratory of Electronic Sensors at the National Technical University of Athens, Greece, and VALUEMAG’s project coordinator.

As the two methods don’t require any chemicals, the extracts are safe to eat or use in cosmetics.

Currently, human stem cells are injected with drugs that are guided through the body and released at a specific point. The technique is called cell therapy, but the problem with this is that human stem cells can be rejected by the body or worse, turn cancerous.

Microalgae don’t have this kind of problem.

Microalgal cells can be injected with iron nanoparticles and the drug that needs to be released in the body. The cells can then be guided by a clinician using magnets to the correct place within the body – for example, drugs to tackle liver cancer should be released close to the liver.

‘They cannot grow in our bodies because they are not human cells,’ said Dr Angelo Ferraro, chief biologist for VALUEMAG. ‘And they are less immunogenic, so they can be used as a vehicle for clinical therapies.’

The research in the article was funded by the EU. If you liked this article, please consider sharing it on social media.