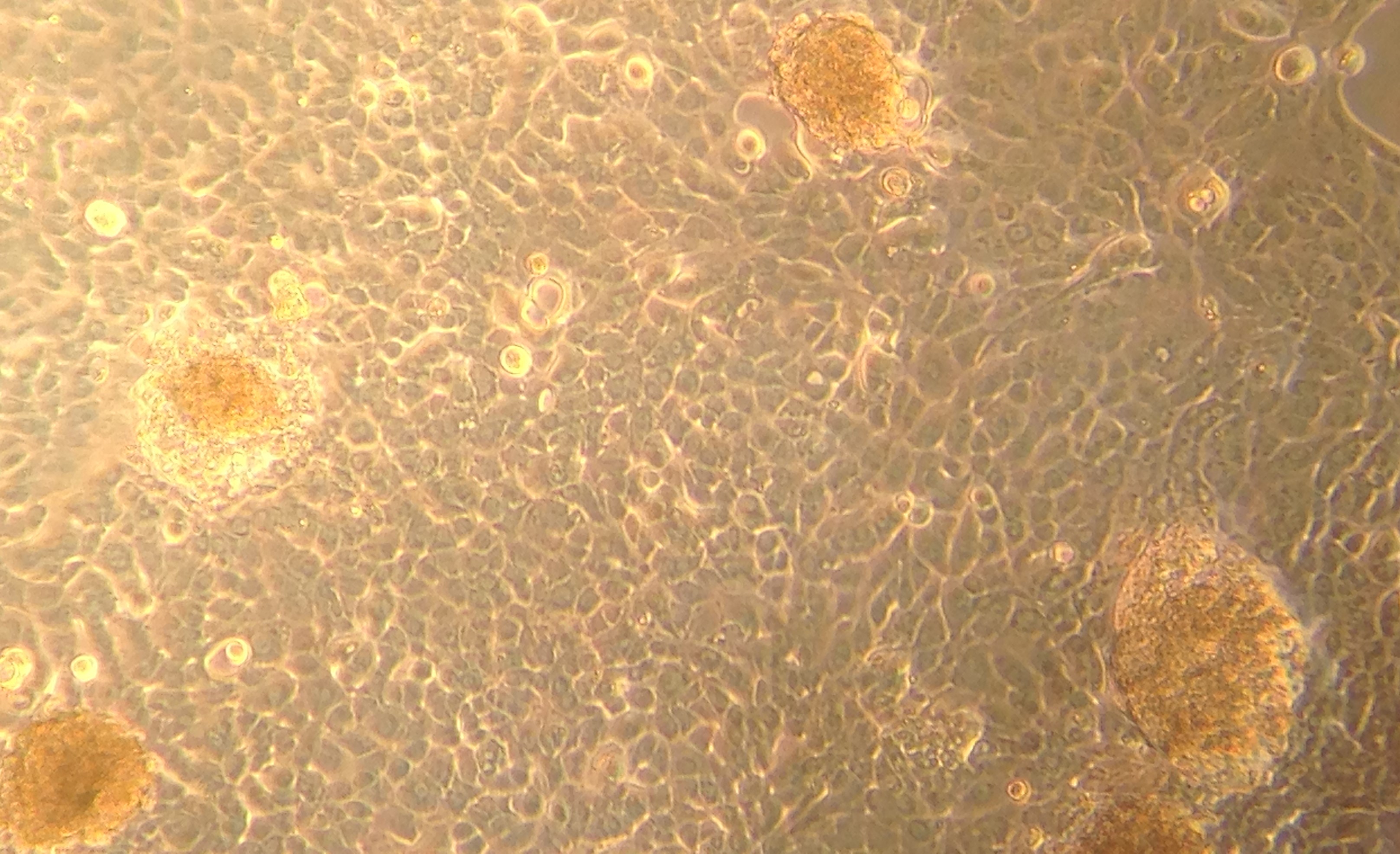 One placenta yields enough material to grow 25 pancreases which could be a cheaper and easier form of transplant to help people with Type 1 diabetes. Image credit - E. Berishvili

A ‘bio-artificial’ pancreas grown in a lab with the aid of placental stem cells, and a DIY insulin-monitoring and release system are being developed to give people with insulin-dependent diabetes an alternative to waiting for a pancreas transplant.

The human body has cells within the pancreas that regulate the level of sugar in the blood, but for some unclear reason the immune system occasionally attacks and kills them. When this happens a person develops Type 1 diabetes – a condition where the body no longer has the ability to produce insulin, the enzyme that sends sugar around the body to fuel essential functions.

‘Type 1 diabetes can lead to very serious complications and even to mortality,’ said Dr Ekaterine Berishvili, a diabetes expert from the University of Geneva in Switzerland.

Without a fully functioning pancreas, a person with diabetes risks prolonged high blood-glucose levels that can result in long-term health impacts, like blindness and lost limbs, while going too low can result in fainting or worse – death. To remain healthy, a person with Type 1 diabetes must inject insulin several times a day alongside constant monitoring of blood glucose levels, traditionally through finger prick blood tests.

Pancreas transplants are the closest thing to a cure and, according to Dr Berishvili, they have about an 80% success rate, but they cannot be offered to everyone because of the costs and availability of the organ from donors. This often sees the treatment mostly used for the most severe cases and in countries where this invasive surgery can safely be carried out.

Dr Berishvili is also the coordinator of the VANGUARD project, which aims to develop an artificial pancreas by using stem cells and gene-editing technology (CRISPR) to grow a transplant in a laboratory – one that is much cheaper, easier to transplant and could be made more available to people with Type 1 diabetes.

‘The bio-artificial pancreas we are generating is engineered purely from biological materials,’ she said, adding that it is made up of a deconstructed donor’s pancreas and stem cells extracted from placentas.

‘From one placenta we can get material for 25 artificial pancreases,’ Dr Berishvili said.

Vanguard’s researchers first divide donated pancreases into their two parts, one that releases enzymes that help digest food and another part that produces insulin as well as other hormones. The researchers do this so they can isolate the insulin producing cells.

They then combine these cells with donated red blood vessels to ensure oxygen and nutrient flow. Next, they add two types of stem cells – some are used to increase the chances that a bio-artificial pancreas is accepted by the recipient, others are used as a type of glue to hold all the biological material together.

From this, Vanguard researchers can grow fully functioning artificial pancreases that could eventually replace the organs in people that are not producing insulin.

‘We are hoping that at the end of the (project’s) five-year period (in 2024) we will have the product that can already go to the regulatory agencies to be approved for the clinical trials,’ Dr Berishvili said, adding she is very positive that this can happen based on early results.

One potential delay remains out of their control. Vanguard will be using CRIPSR genome editing to fine tune, cut and amplify the cells to increase the chances the bioartificial pancreas is accepted by its host and then works. This could create some unforeseen regulatory barriers and delay clinical trials until some clarity emerges.

‘The bio-artificial pancreas we are generating is engineered purely from biological materials.’

And this is not the only area where regulatory boundaries have held back the development of promising treatments for people with diabetes. External artificial pancreases that use devices attached to the body now exist, but this hasn’t always been the case.

Six years ago, before commercial versions were available, members of the diabetes community came together to build their own solution – in something called a ‘Do-it-Yourself Artificial Pancreas System’ (DIYAPS).

According to Dr Shane O’Donnell, a post-doc researcher at University College Dublin, Ireland, the idea for DIYAPS was first developed by Dana Lewis, who has Type 1 diabetes, and her husband, Scott Leibrand, when they realised they already had everything to make the system and didn’t have to wait for a commercial product that was still years away.

‘All they needed was an insulin pump and a continuous blood glucose monitor system,’ he said, items to which many people with type 1 diabetes have access to. The trick was to make the two devices talk to each other through Bluetooth and combine it with a decision-making algorithm that they developed. This allowed the insulin pump to get a signal from the glucose monitor system and then adjust the needed dose when blood sugar levels were predicted to go too high or low.

The resulting system allows someone’s blood sugar levels to be automatically brought back under control if they go to dangerous levels. Lewis and Leibrand, alongside a growing community, have made the instructions for building your own DIYAPS open source so that anyone can make one.

Dr O’Donnell says this solution comes as a huge mental and physical relief to those with a DIYAPS because managing the disease involves constant calculations to maintain healthy blood sugar levels, like complex counting of carbohydrates and considering additional variables like exercise or stress.

Now, Dr O’Donnell wants to establish a solid evidence base for how well DIYAPS have worked compared to existing commercial products through a project called OPEN. Since this grassroots system has been around for a number of years, it can be studied at scale.

He is gathering the proof that might help the technology be more accepted by policymakers and the market, allowing this type of technology to reach more people.

The project is working with Dana Lewis to get access to DIYAPS community data and first-hand experience with this home-brew technology – and it’s already providing useful insights.

‘We spoke to a caregiver who had been waking up at least three times a night just to check on their child’s glucose levels and they were doing this so frequently they were getting seizures from lack of sleep,’ Dr O’Donnell said, adding that they no longer have to do this because of DIYAPS.

But this artificial pancreas is still not perfect. According to Dr O’Donnell, the systems are still experimental and those who build their own are doing so at their own risk.

‘There's no customer service if things goes wrong,’ he said, adding that this element causes some healthcare professionals to be reluctant when endorsing DIYAPS to patients because they want to avoid any potential liability.

‘We’re trying to build the evidence base to reassure and inform healthcare professionals who are increasingly going to be confronted with DIYAPS,’ he said, adding that is an important step in improving treatment for people with Type 1 diabetes.

Dr O’Donnell says those who have built their own DIYAPS are managing their Type 1 diabetes much better than they would without them, reporting healthier blood sugar levels than the average patient, which he says shows the real potential this technology will have.

‘There are children growing up now that will only know artificial pancreas systems,’ he said.

Picture this: You’ve experienced no physical sensation beyond your wrists for years, then a doctor drapes a thin, flexible membrane over your hand and, like magic, you can feel the trickle of water through your fingers again.

Flexible membranes will mimic the appearance and functionality of human skin.