Graphene that can be made in a kitchen blender is opening up a new world of printable electronic devices, according to Professor Jonathan Coleman, speaking after making a presentation at the TEDxBrussels conference on 1 December.

Graphene, a one-atom-thick form of carbon, is super strong and highly conductive. How did you end up making this wonder material in a kitchen blender?

‘We started off doing things with more complicated lab-scale scientific equipment. The kitchen blender only came along in the last couple of years. That’s often how it is, you have to really understand things at a very deep level, I think, before you can simplify them. So, we had to do things in a complicated way before we could understand things well enough to do them in a simple way.’

You received funding from the European Research Council (ERC) to work out how to manufacture two-dimensional materials such as graphene in a liquid form. Now that you’ve done this, what’s next?

‘What’s next? I think we will be looking at new ways to use these things. The applications of two-dimensional materials made in this way are mostly in electrochemistry, say, for example, in energy generation or storage of energy. These are very, very important applications. However, I feel that there are a host of other applications that haven’t really been explored yet.

‘I showed (during the TEDx talk) the printed light detector. That’s the simplest thing you could imagine doing. We’d like to be able to print more complex devices such as transistors or solar cells, the list is really endless. It is just limited by your imagination. So I’d like to start printing these materials into useful structures.’

Why print them rather than use conventional devices?

‘Solution processable materials printed with an inkjet printer or in other ways to form solution processed devices would be much, much cheaper than electronic devices that are produced using conventional means. So, for example, imagine you’re in the supermarket. When you look at the price of something on the shelves the price is essentially printed on a piece of paper. You could imagine printing the price as an electronic circuit so that it could be updated automatically from a central computer.

‘What we would like to do is use the two-dimensional materials like graphene, molybdenum disulphide, boron nitride etcetera, etcetera to build printed electronic devices. I personally believe that these materials are absolutely ideal for these applications and because there are so many of these materials you’ve got a huge palette of different properties to work with. I think that will enable a host of different devices and I think that’s a very interesting future direction of research.’

‘Having it in a liquid in the first place gives you this versatility which allows you to make lots of different things.’

‘For example, the building block of computation, of computers, is the transistor. In principle it should be straightforward to inkjet print transistors from these materials. Now that’s in principle. But, in practice it would take an awful lot of research to get to that point. Likewise, I’d love to be able to inkjet print solar cells. Cheap solar cells, wouldn’t that be great? That’s a long way away, but these are the sorts of things that it would be fantastic to be able to do.’

Are you saying you could print computers?

‘Not necessarily computers, because a computer has a billion transistors and any transistor that you inkjet print is going to be much, much bigger than those in computers. But you could certainly print simple circuitry to do simple jobs. It doesn’t have to be complex, it just has to do a certain job at low cost. And the reason you might want to do something cheaply is, for example, the internet of things. There are going to be electronics everywhere, so, if you want to have electronics everywhere you have to be able to make them cheaply.’

How would you go about printing a solar cell?

‘To print a solar cell should, in principle, be fairly straightforward. For the simplest type of solar cell, what you would need is two different types of two-dimensional materials with different electronic properties, and you would have to print those down on top of each other so that they create an interface between them. And then, on each side, you’d need to print down a metal and, in principle, the metals should be different. That’s all doable. But really it’s going to be a question of not just doing it, it’s going to be a question of doing it right, and that’s where the hard work will come in. We know how to do it, but what we don’t know is what details have to be exactly right for it to work, and that’s what you find out as part of a research project.’

And this is all the result of your work on making graphene in a blender and blender-like devices?

‘Absolutely. Now we make graphene in large quantities and, in fact, our process for making graphene has been licensed to an English chemical firm, Thomas Swan, so this is now being sold as a product. The way we make our graphene, it comes in a liquid, so what I’d like to do is focus on looking at what can that graphene in that black liquid do. The inkjet printing is a very nice example because people can engage with it. If you have a liquid you can put the liquid into the print cartridge and you then can print it onto surfaces in a patterned way. And, when you have a network of graphene sheets on a surface, the graphene conducts electricity so you can combine it with another material to make a device or a sensor. So having it in a liquid in the first place gives you this versatility which allows you to make lots of different things that you couldn’t do if you were starting with graphene as a powder.’

And it’s all thanks to your kitchen blender technique?

‘I wouldn’t want to take too much credit because before we started making our graphene in liquids there was a liquid processing technique which was developed by Dr Rodney Ruoff’s group and gave a material known as graphene oxide. Graphene oxide is a bit like graphene. In order to turn the graphite into graphene oxide they would boil it up in chemicals and then you would get individual sheets. The problem is that the process damages them and damages them very badly, and so, while they are very useful, they are not quite graphene. So we developed a way of making graphene in liquid so all the atoms are in the right places, there are no holes, no defects. So we didn’t invent this liquid processing, what we did was invent a way of doing liquid processing with damage-free material.’

Here is the full presentation that Prof. Coleman delivered at TEDxBrussels on 1 December. 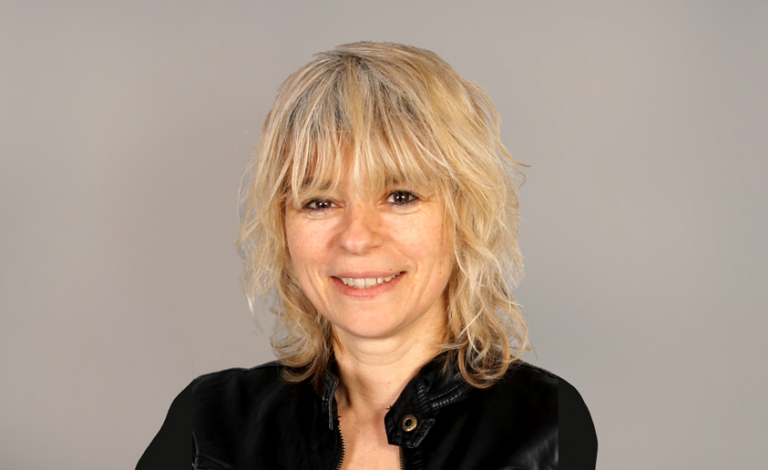 Q&A: How to track down a new virus – and link it to disease

Finding new viruses is easy – the hard part is understanding which ones cause disease, says Dr Lia van der Hoek, a virologist from the Amsterdam UMC, the Netherlands, who discovered a human coronavirus called NL63, in 2003.