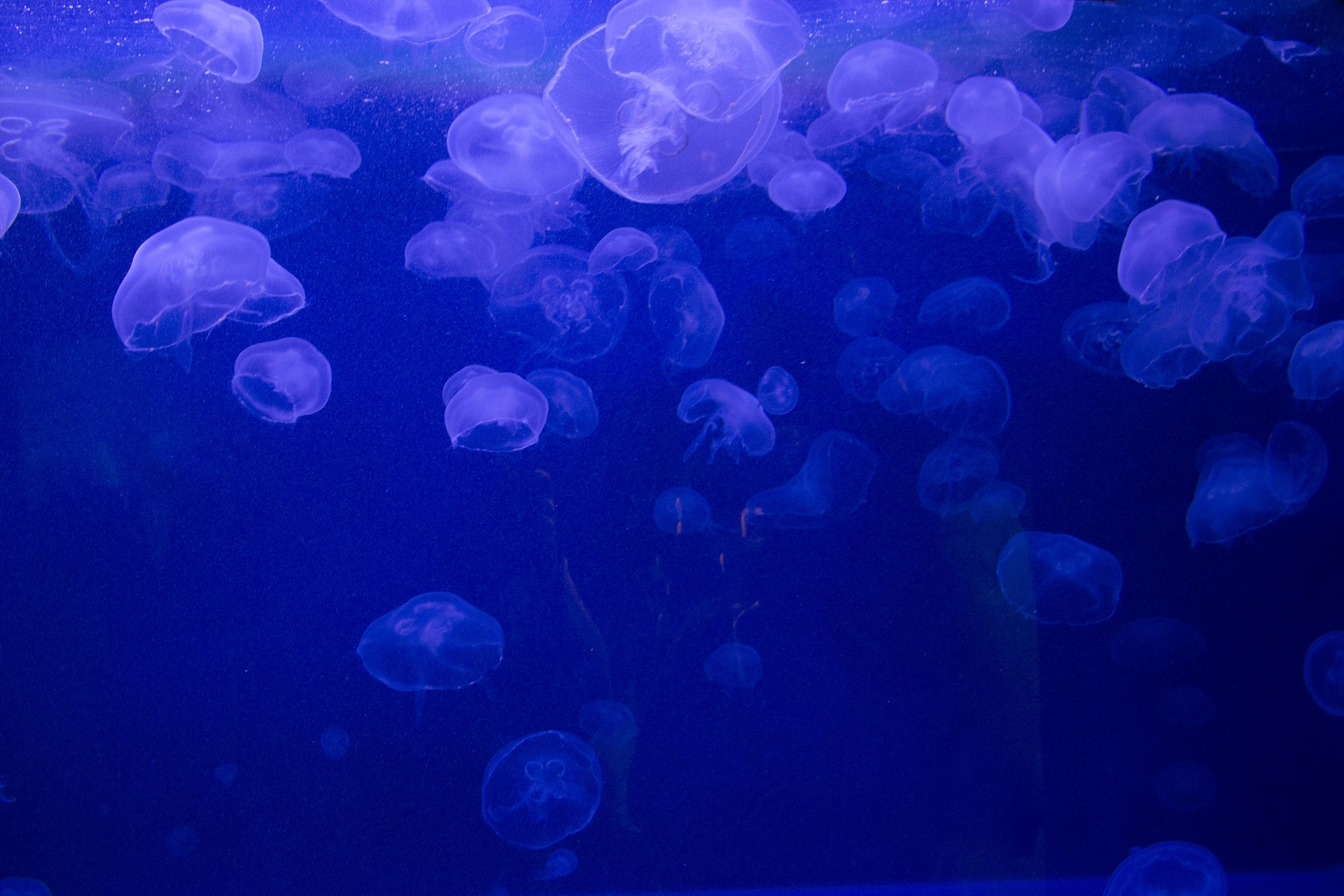 Scientists are exploring how jellyfish could be used as a greater source of food, in medicines and nutraceuticals. Image credit - Pixabay/silverstrike24, licensed under pixabay license

A few summers ago, Stefano Piraino was walking along the rocky shoreline on a small island off the coast of Sicily when he spotted a washed up jellyfish. Naturally, he tore a piece off and popped it into his mouth.

‘After a few days in that state they lose their stinging cells, and the UV radiation from the sun should have killed any bacteria,’ he said. ‘But still, I wouldn’t recommend it.’

Like an increasing number of researchers, Prof. Piraino, a biologist at the University of Salento in Lecce, Italy, is interested in turning huge blooms of jellyfish from the unlikely menace they often are into something useful.

Food is top of his list – he says jellyfish can be healthy and delicious once cooked – though there are plenty of other ideas from medicines to nutraceuticals. To begin using these ethereal creatures for our own ends, however, Prof. Piraino and others want to first understand this: what exactly is in a jellyfish?

The transparent pulsating blobs that the name jellyfish conjures are in fact one stage of a complex lifecycle. This medusa phase produces eggs or sperm, which in turn develop into larvae and then a polyp, which attaches itself to underwater surfaces. Many polyps tend to produce new medusas at once, creating blooms of many thousands of individuals.

These blooms create some sticky situations. In 2007, a US aircraft carrier was partially disabled when jellyfish clogged the pipes that allow cooling water into its engines. Over one week in January, some 13,000 people were stung off Australia’s Gold Coast.

Are blooms becoming larger and more common? In some places, including the Adriatic Sea, we have good records suggesting that they are, though the evidence is not entirely clear cut because jellies are so hard to count. In other places, we have a paucity of data – so the overall global picture is uncertain.

Eventually, the jellyfish die, and their bodies begin to sink. What effect this has on ocean chemistry, and what those chemical changes mean for underwater life, are questions worth asking, says microbiologist Dr Tinkara Tinta at the University of Vienna, Austria. After all, it has been estimated that more than 90% of the mass of soft bodied zooplankton in the ocean is jellyfish. What does all that goo do?

'(Jellyfish) is really rich in proteins – basically a superfood for microbes.'

Dr Tinta says that as the jellyfish carcasses sink they begin to be eaten and degraded, releasing nutrient molecules. Although jellyfish can be 95% water, they also contain lots of biological molecules.

‘It’s really rich in proteins – basically a superfood for microbes,’ said Dr Tinta. Deep below, the microbes break down all that organic matter into nutrients that can re-enter the food web.

Dr Tinta’s MIDAS project is painting a richer picture of that process. In the lab, she infuses ocean water samples with powdered dead jellyfish and a sample of bacteria typically found in the ocean. Then she watches how the populations of microorganisms change as they begin to feast on jellyfish, by taking samples of the DNA in the cultures and working out from that which species are thriving.

She has found that several species of bacteria that are not usually very prevalent in the ocean begin to replicate quickly when they get the jellyfish biomass. These include some species that are related to the bacteria that causes cholera in humans. But the work isn’t yet finished, let alone published, and Dr Tinta says there’s no cause for alarm.

Even if jellyfish blooms are not causing problems as they decay, they are messing with human activities on the surface of the water. One solution might be to fish them out and put them to good use, which is where Prof. Piraino’s work comes in.

He says other projects and firms have already shown that jellyfish are useful to us. Take collagen, the main structural protein in human connective tissues and a major protein in jellies, too. Collagen taken from cows and pigs is often used in medical treatments for humans, including in bone grafts and cosmetic procedures. It can also be used as a scaffold on which to grow tissues that can then be implanted into people. 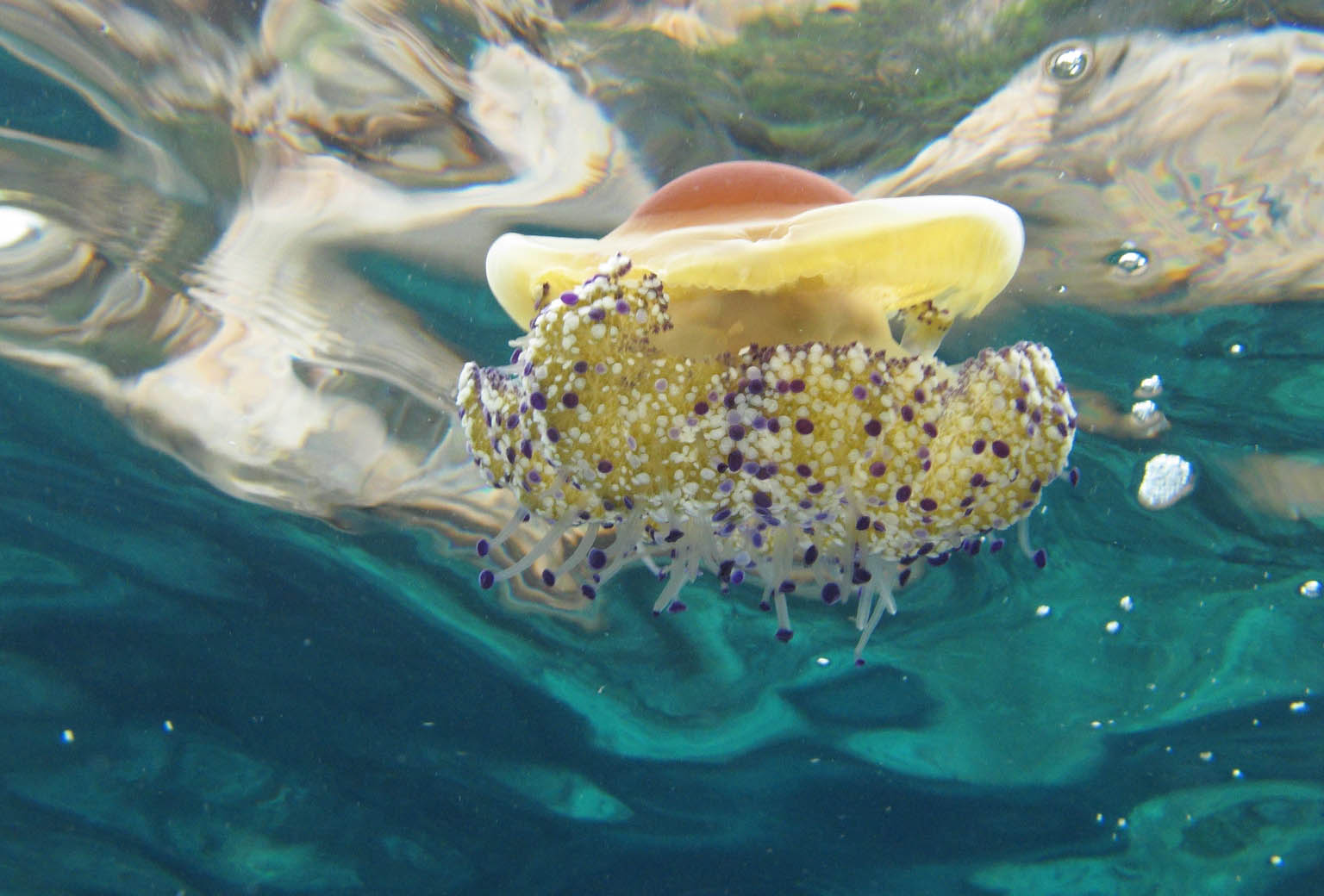 Prof. Piraino wants to take this further and work out how to make use of all sorts of jellyfish. For instance, he says that if you break collagen into smaller pieces it acts as an antioxidant, a molecule that is deemed healthy because it helps soak up chemicals called radicals that can damage cells.

And a few years ago, he isolated a compound from the Mediterranean fried egg jellyfish (Cotylorhiza tuberculata) that appears to have anticancer activity. He is now working to find out whether the compound is effective against a range of different cancers. The ultimate goal is to have it approved as a medicine.

As part of a project called Pulmo, Prof. Piraino is trying to work out what other useful compounds there are in the Mediterranean sea lung jellyfish (Rhizostoma pulmo). In late 2018, he published evidence showing that the contents of jellyfish ovaries can kill bacteria.

As part of the larger GoJelly research consortium, which is exploring sustainable uses for jellies, he is also working out how best to cook jellyfish so as to best preserve the healthy molecules they contain when raw. At present, most of the jellyfish that is consumed is in China, where it is caught, then dehydrated with salt. People then soak it in water before eating it.

Prof. Piraino has investigated what happens when it is instead boiled in water, looking to see what compounds the resulting material contains so we can be sure it’s safe to eat. So far, his work has shown that sea lung jellyfish performed better than the two others he has tested, in terms of retaining its healthy antioxidant compounds. 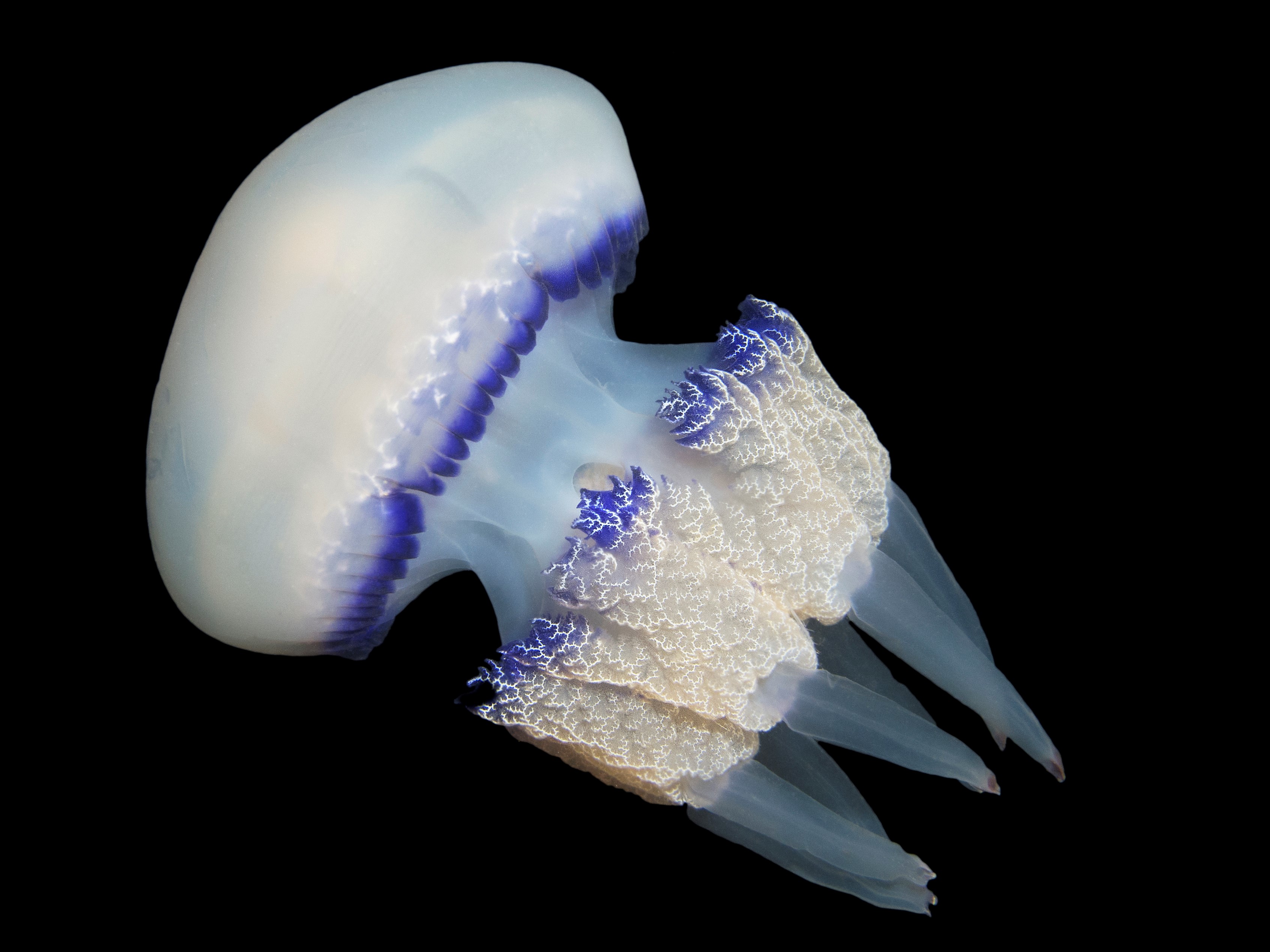 So what does jellyfish taste like? Perhaps surprisingly, jellyfish ends up being crunchy to chew once cooked. And it tends to take on the flavours it encounters during cooking, which means it can vary widely. Prof. Piraino says the one he found lying on the beach wasn’t the best he’s ever tasted. That was cooked for him in Milan by Gennaro Esposito, a well-known TV chef in Italy.

He was with an American colleague when he tried them. ‘And I’ll tell you what he said,’ said Prof. Piraino. ‘“This is the best oyster I have ever had in my life!”’