Is it time to apply research results to migration? 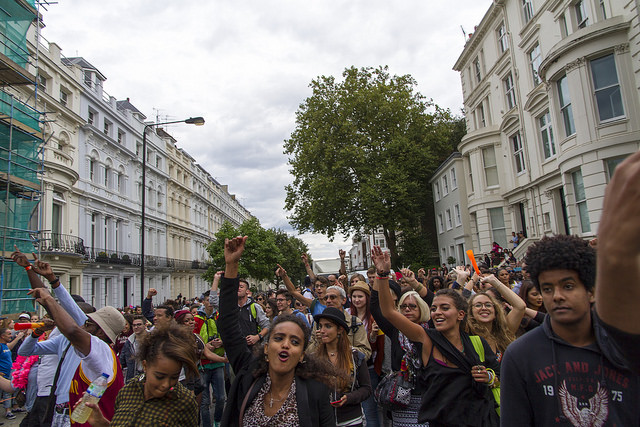 One way that research can contribute to the migration debate is to depoliticise the issue and counter misconceptions. Image credit: flickr/ Angel Ganev

Legalising people’s migration status makes them more rather than less likely to return to their country of origin, researchers say, highlighting just one of the ways that science can contribute to the migration debate and guide policymakers in their long-term thinking.

‘Restrictive policies have a lot of unintended consequences,’ said Dr Cris Beauchemin from the French Institute for Demographic studies, who ran the EU-funded MAFE project investigating migration between Africa and Europe. ‘There is such a big gap between policymaking and researchers and my hope is that we are able to bridge the gap.’

Dr Beauchemin and colleagues surveyed current migrants, returnees and non-migrants in Ghana, Senegal, the Democratic Republic of Congo and also in European countries in order to understand the factors that influence why some people return and some people do not.

What they found was that, as Europe’s immigration restrictions have grown in the period since the 1970s, fewer people are returning to their home countries.

‘In the context of growing restrictions, people tend to return less and less. If you’re in a context where people can circulate, come and go, they can return, try, test their return and if they do not fit in they can come back to Europe.’

Crucially, they found that gaining secure legal status in Europe increased people’s propensity to return to Africa, indicating that the best way of promoting return migration is to provide legal status for migrants.

‘If you are an irregular migrant and you go back to your country of origin, you are pretty sure you won’t be able to come back,’ said Dr Beauchemin. ‘While if you are a regular migrant, you can go back and forth.’

‘Research shows that consistently in almost all countries people believe there are three times more migrants than there really are.’

The results from the MAFE project feature in a policy review of EU-funded migration research, which was launched at a Brussels-based conference called Understanding and Tackling the Migration Challenge: The Role of Research, on 4 and 5 February.

Opening the conference, Carlos Moedas, European Commissioner for Research, Science and Innovation, said the decisions that Europe is facing now with respect to migration will be judged by history.

'To make those decisions, we must be armed with knowledge based on reliable research, because knowledge enlightens,' he said. 'It removes fear. It obliterates prejudice. Evidence-based policymaking can help us make the right decisions, swiftly and decisively.'

‘Research shows that consistently, in almost all countries, people believe there are three times more migrants than there really are,’ she said. ‘This perception that migrants are invading Europe and taking away our jobs, it’s unjustified, it’s not real.’

According to Dr Lulle, research can also help to present a more nuanced picture of what is going on so policymakers can respond accordingly. In recent years, for example, new and more diverse forms of migration have emerged, such as onward migration, where people try out work opportunities and lifestyles in different countries.

‘We really see an increase in onward migration. Coming to Italy, for example, doesn’t mean that person will stay in Italy, he or she will probably also try Spain and then the UK and then maybe the Nordic countries. We don’t have policies yet for how to benefit from these flows.’

The reason, she says, could lie with the collaborative nature of European policymaking. ‘The problem is that policy takes time. Europe is very much based on this democratic debate and compromise so it really does take time.’

However, when debates become very political, as with migration, scientific evidence can get lost in the fray, says Professor Christina Boswell from the University of Edinburgh, UK, who specialises in the relationship between knowledge and public policy.

‘When issues are highly politicised, politicians feel under pressure to respond to those public concerns and negative media coverage. Often that means quite simplistic and polarised ways of looking at the problem.’

Prof. Boswell cautions that, while scientific evidence does eventually impact the political debate, it can take time.

‘There is potential for research to have an impact on policy but it’s often an incremental, slow, a drip, drip effect. Research gradually causes a shift in the way we frame concepts and ideas and policy problems.’

Understanding and Tackling the Migration Challenge: The Role of Research