Insects can school humans in coping with adversity 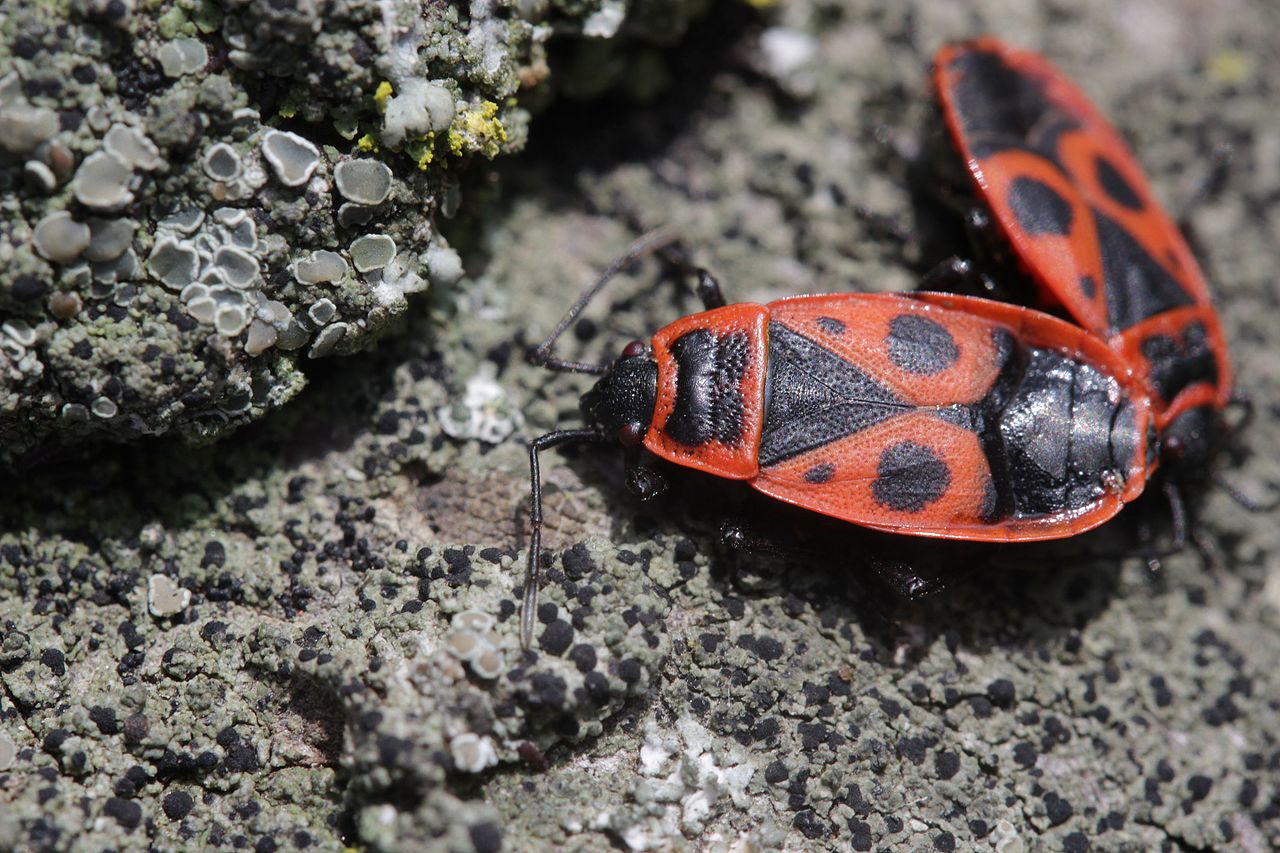 By studying the biological clocks of insects and how they cope with changing environments, researchers hope to understand human genetic adaptability. Image credit - 'Firebug - Pyrrhocoris apterus' by Björn S is licenced under CC SA-2.0

Insects have to cope with a wide range of environmental factors in order to thrive – disease, drought and habitat changes. Scientists hope that studying insect biology and behaviour could help humans cope with problems from climate change to disease control, shift work and even jet lag.

The study of body clocks in plants and animals is known as chronobiology. Bugs provide a good test model to study such attributes, which are important for animals to regulate their activities, metabolism and development on a daily and seasonal basis. At the Institute for Entomology of the Czech Academy of Sciences, the InPhoTime project, funded by the EU's European Research Council (ERC), has been examining the molecular rhythms that help animals tell time.

In October, the Nobel Prize in Physiology or Medicine 2017 was awarded jointly to Professor Jeffrey C. Hall, Professor Michael Rosbash and Professor Michael W. Young for their discoveries of molecular mechanisms controlling the circadian rhythm made through the study of fruit flies.

Dr David Doležel, who leads InPhoTime, was working with Prof. Hall during his post-doctorate in the US on circadian clocks when he hit upon an idea. ‘All organisms, including humans and flies, have a clock to know what time of the day it is,’ he said. ‘It’s beneficial for organisms to know if its morning or evening. Similarly, if we look at some organisms … it’s beneficial to anticipate seasonal changes … especially for organisms that rely on food supply and weather like insects.’

Dr Doležel’s goal is to try to uncover a molecular explanation for how insects measure shorter days in the lead up to winter through a biological mechanism known as the photoperiodic timer.

‘Even if the temperature is still hot in August, for instance, many insects or plants know that the season will soon change,’ he said. Such knowledge informs animals that it is time to modify their behaviour for winter, alerting them when to enter into diapause (a state similar to hibernation in mammals) or when to have their young so that they will be fully grown before frost.

‘Last week we created the first mutants, where we changed the base of the circadian clock so the bug assumes the day is 22 hours long instead of 24.’

His team is studying the hardy red fire bug, Pyrrhocoris apterus, to demonstrate the biological mechanisms they use to do this. They are examining nerve connections from their compound eyes to their brains and showing how genes control their photoperiodic timer.

‘They’re large enough that you can do microsurgery and after specific operations the bugs live even longer than non-operated individuals. And now we can do gene editing using CRISPR (a genome editing tool),’ Dr Doležel said. ‘This combination of classical insect physiology with recent molecular genetics tools is what makes our model organism attractive.’

‘Last week we obtained the first mutants, where we changed the base of the circadian clock so the bug assumes the day is 22 hours long instead of 24.’

The researchers also plan to alter insects’ genes to show the pathways their photoperiodic timers use, as well as confirm that gene variations across their respective habitats influence seasonal behaviour.

Fire bugs are ideal subjects because they are flightless and found over remarkably different environments. Dr Doležel expects that bugs which live underneath the midnight sun in Scandinavia have different variants of genes (alleles) than their more southerly cousins. They can then test genetic involvement in the photoperiodic timer by specific gene editing of bugs originating from different areas.

‘If you find genetic variants which are functionally involved in insects in different populations, basically enabling them to live in northern Europe and southern Europe - different environments - it might be quite nice information which might explain some genetic variations in humans,’ he said.

Genetic variability may explain why some people have severe issues with jet lag and changing seasons while others hardly feel any effects.

Much like how human cities have departments of health to monitor outbreaks of disease, social insects such as ants and bees who live in close proximity have to take special steps to prevent disease epidemics from decimating their colonies. Living in social groups, whether human or insect, leads to a higher risk from the spread of disease.

Dr Sylvia Cremer studied cooperative disease defence in garden ants, Lasius neglectus, in the ERC-funded SOCIALVACCINES project at the Institute of Science and Technology Austria (IST Austria). She found that ants have evolved a collective defence in addition to individual immunity to create ‘social immunity’ from infections.

Ant scavenging of dead animals or foraging in soil makes fungal infection a common threat. When ants come back from foraging, she found, they receive a health check from other members of their colony.

‘You have to imagine they are coming back to the nest covered in powdered spores. So what the others do is use their mouth parts to groom off all these infectious particles and apply their venom (formic acid) to any spores they cannot get rid of, to prevent their germination.’

Dr Cremer, an evolutionary biologist, wondered why ants would take the risk of getting infected themselves to help disinfect their colleagues.

‘We have found that indeed there is quite a lot of pathogen transfer that occurs during this sanitary care, but that the immune system of the individual nest mates can handle it, as it raises their immune response,’ she said. ‘It protects them from later challenges from the same pathogen.’

It functions in much the same way as human societies develop herd immunity from vaccinating children against certain diseases.

‘When you think about it, it makes a lot of sense that social groups have evolved a lot of sophisticated healthcare systems because they are at a much bigger threat of disease spread,’ Dr Cremer said.

Could there be lessons in the ants' social healthcare behaviour for humans?

Many insects also face threats to their health from climate shocks like drought or unseasonal weather.

Dr Inon Scharf looked at how insects evolve to adapt to such shocks and climate change in the EU-funded CLIMINSECTS project at Tel Aviv University in Israel.

‘The idea is, that when temperatures increase, the body size of vertebrates should decrease and this is due to a biological rule called Bergmann’s rule,’ Dr Scharf said. ‘It’s related to the heat loss of organisms. If you are small you can lose heat faster than if you are large, and this is why it’s better to be small where it’s warm.’ That can be seen with the size of animals, mainly birds and mammals, decreasing as the earth has got warmer.

He was curious if the same would hold true for insects and beetles in particular, due to their commonality — some 25 % of all non-microscopic animal species on earth are beetles.

‘We measured a few thousand beetles of 30 species. We wanted to see if they agree with what is found about body size in vertebrates … and we found no such trend. So beetles do not get smaller with collection year,’ he said. ‘Other factors, such as local conditions and available food are probably not less important than climate.’

He found that the effect of temperature on flour beetles, as a model organism for experiments, is not straightforward and it differed depending on the life stage in which they are exposed to stress.

He also found that becoming acclimatised to cold shocks helps the beetles withstand other stresses longer like starvation or excessive heat.

‘It’s surprising … that there is no acclimation during the juvenile stage, only the adult stage. Increasing temperatures can even help them later,’ he said.

That could be important in understanding how climate change and rising temperatures in the environment might strengthen or disrupt insect life cycles, with implications for agriculture and pest control.