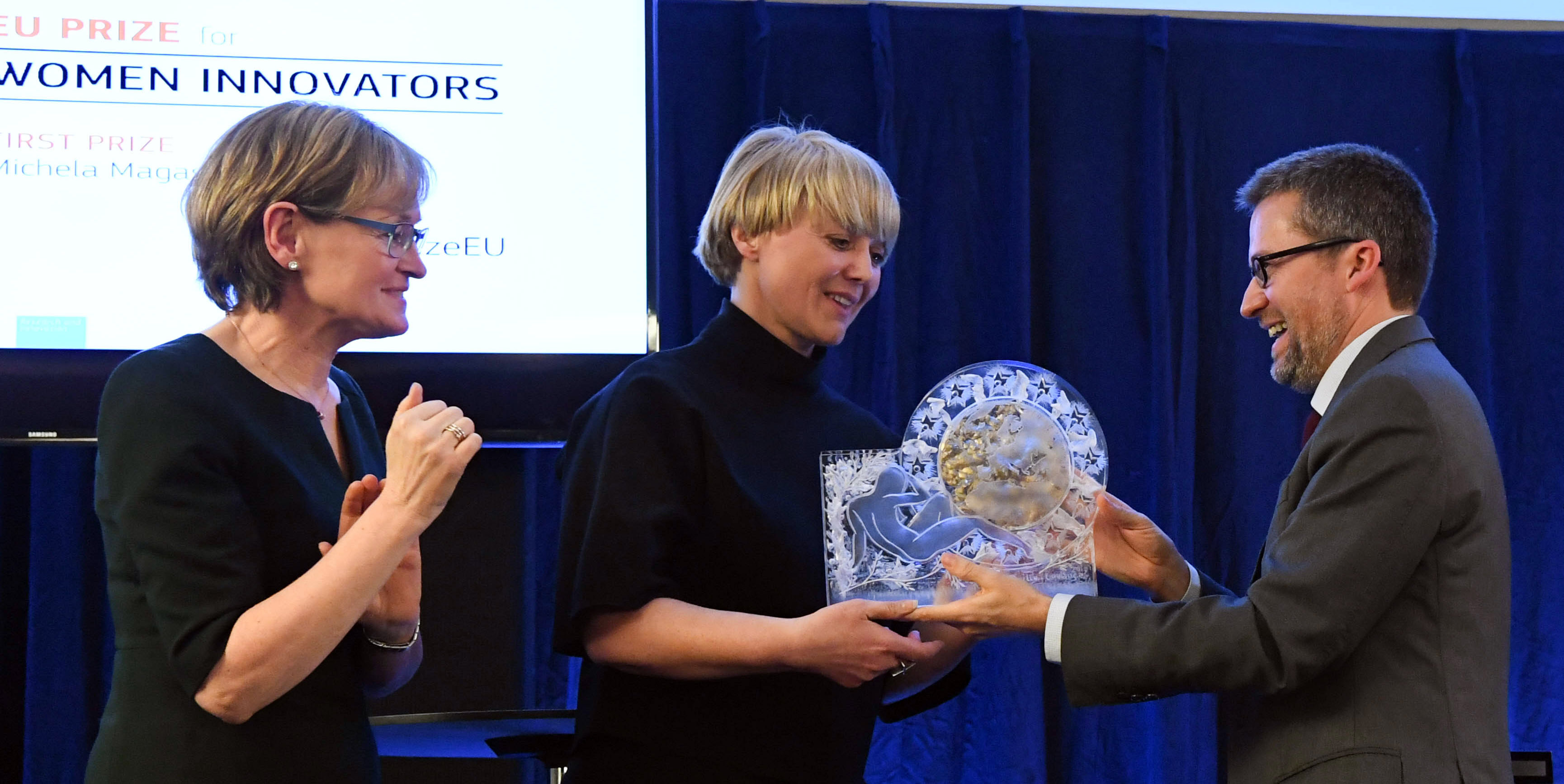 An entrepreneur who helps innovative products get to market by creating collaborations between the arts, sciences, academia and industry, has earned first place in the 2017 EU Prize for Women Innovators.

Michela Magas, who takes home EUR 100 000, is the co-founder of Stromatolite, a company that creates so-called innovation ecosystems, which bring together people from different areas to share ideas, develop new products and create new business models.

‘It’s a huge honour and I feel so humbled,’ she said. ‘I am proud to represent the creative industries. It’s a sector that’s incredibly important for our economy and has impact across all sorts of other industries.’

Magas created the Music Tech Fest, a community of more than 5 000 people who share ideas around music and technology, which, she says, has not only led to developments in that industry but also unexpected results in others.

‘For instance, there would be a neuroscientist who was interested in music from a neurological and psychological point of view, they would come in (to the ecosystem) as a place for research, they would get engaged in creating new applications for others and suddenly this thing would explode in all sorts of directions and new ideas for neuroscience and neuroscientific investigations would come out of it.’

Commissioner Moedas said the awards had two main purposes – to recognise women’s achievements, and to establish role models that can encourage the next generation of female entrepreneurs.

Addressing the winners directly, he said: ‘You have to be strong, you have to be role models. There is no free lunch, you have to help other women. But most importantly you are really standard-bearers for research and innovation. If you leave tonight with just one message, let it be this: let your passion be contagious to other women, let it spread to everyone.’

Currently only 31 % of entrepreneurs in the EU are women, according to a 2014 EU report.

The European Parliament’s McGuinness said that women’s contributions were often overlooked: ‘I’m an agricultural economist. And what has struck me over the decades working in that area is that when it comes to women and representation, I know women are very active in rural Europe but they’re not always very visible. What tonight’s event does is bring visibility to women as innovators.’

Second prize of EUR 50 000 was awarded to Petra Wadström, founder of Swedish company Solvatten, which makes a portable water treatment and water heating system that uses sunshine to produce clean, warm water for people who do not have access to safe water.

The EUR 30 000 third prize went to Claudia Gärtner, for setting up a biotechnology company called microfluidic ChipShop. She has developed so-called lab-on-a-chip technology, a device that can detect diseases such as cancer or other infections from a single drop of blood. It also has applications for environmental screening or to detect security threats such as anthrax.

‘What tonight’s event does is bring visibility to women as innovators.’

This year saw the addition of the first Rising Innovators award, designed to recognise the achievements of female entrepreneurs aged 30 or under. The EUR 20 000 prize was awarded to Kristina Tsvetanova from Bulgaria, who founded the Austrain company BLITAB Technology, for designing the first tactile tablet for blind and visually impaired people.

Speaking on the sidelines of the event, she said that the biggest challenge is believing that you can become an entrepreneur and being prepared to take risks.

‘My advice is, if there is a failure at whatever stage, just keep doing it. Take a breath, and start doing everything from scratch and not have any fears.’

The EU Prize for Women Innovators, which is funded under the Horizon 2020 research programme, is open to women of any nationality that live in an EU Member State or country associated to Horizon 2020.

To qualify, they must have founded or co-founded a company with a turnover of at least EUR 100 000 and have already received financial support from the private or public sector.

This year was the fourth edition of the awards, which were previously held in 2011, 2015 and 2016. More than 260 women have entered the competition since it began.