‘I don’t see any other way out’: Diagnostic testing and smartphone contact tracing to beat pandemic 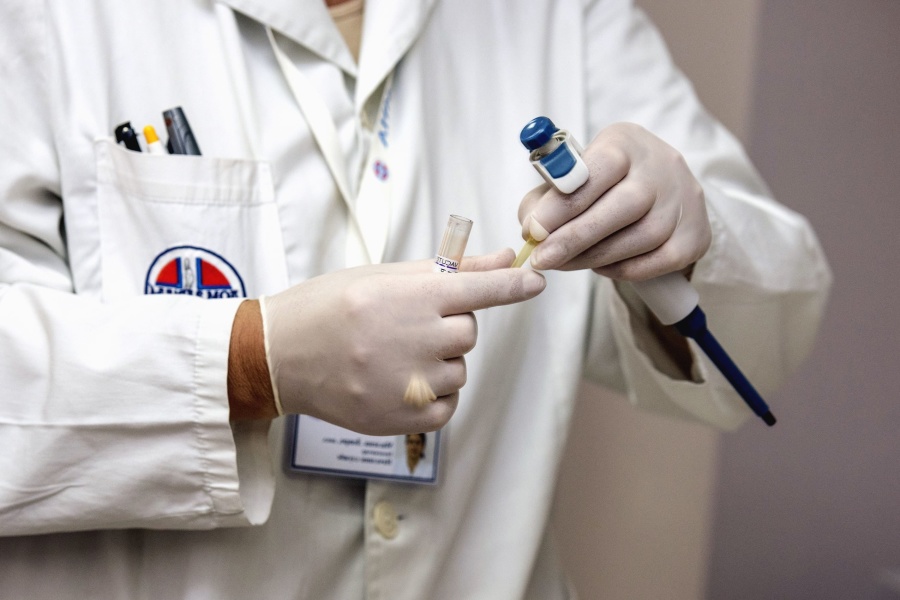 What makes the Covid-19 pandemic so difficult to contain? Silent transmission by asymptomatic patients is partly responsible, but research emerging from Germany suggests the SARS-CoV-2 virus has developed a second impressive strategy for ensuring its success: the ability to establish two separate communities within a host – the first in the throat, the second in the lungs. Early colonisation of the throat is responsible for the dangerous lag between a person being infectious and the onset of symptoms.

The discovery of one virus, two colonies was made by Professor Christian Drosten, the virologist who collaborated on the first diagnostic test for the SARS-CoV-2 virus outside of China. Prof. Drosten describes his discovery, which was presented in Nature earlier this month, as a ‘game changer’ and explains the virus’s unbridled spread.

In late January of this year, when coronavirus transmission within Europe was assumed to be minimal, Prof. Drosten’s team took swab samples from the lungs and throats of a small group of Munich residents experiencing mild Covid-19 symptoms. They found high levels of viral replication in the throats of nine.

‘What was surprising is that we saw different, discriminable virus populations in the two locations, which really proves different compartments of the virus,’ said Prof. Drosten, who is based at Berlin’s Charité Institute of Hygiene and Environmental Medicine. ‘Both virus populations were replicating autonomously. This is a discriminating feature, a whole different type of behaviour, not seen in viruses like Sars (severe acute respiratory syndrome).’

He continued: ‘Sars goes straight to the lung and starts replicating there. The lung is full of immune tissue, and it is the kicking in of your immunity that makes you feel sick. So with SARS, even before the virus accumulates to a concentration that makes it infectious, you feel unwell. With such a virus, the isolation of cases based on symptoms is easy – first you get the symptoms, then the infectivity.’

The pathogen responsible for the Covid-19 pandemic is often compared to the 2002–3 Sars virus – both are novel coronaviruses and both trigger acute respiratory symptoms – however, Sars was responsible for 774 deaths, while Covid-19 fatalities stand at 130,000 and are rising.

Prof. Drosten believes the throat-borne nature of the SARS-CoV-2 virus explains the alarming level of transmission. His study drew on the case of one afflicted individual who infected 14 other people from virus particles emanating from her throat, setting off a chain of coronavirus infections that led to a Munich outbreak.

‘With a throat-borne pathogen, the virus arrives and replicates in the throat, and all you feel is an itch or a soreness or even nothing. As it replicates to an infectious concentration, there’s still no reaction from your immune system,’ he said.

‘Only a few days later, when the virus spreads from the throat to the lung, do symptoms kick in. At that point, you’ve already been spreading the virus for a few days. As we know now, about 45% of all infectious events (with the coronavirus) occur before the onset of symptoms.’

‘There’s so much virus produced in the throat, I’m optimistic a self-deployed throat swab will be able to detect virus proteins early on in an infection.’

Like the vast majority of scientists on the coalface of the Covid-19 response, Prof. Drosten regards aggressive testing within populations as essential if the world is to get on top of the pandemic. He believes new diagnostic approaches, aimed at identifying an infection in its earliest phases, will help close the gap between diagnosis of an infection and transmission of the virus.

‘Even if you identify patients on the day of symptom onset and immediately lock them in, you’ve already lost half of the time that you’d like to have to prevent all infections,’ he said.

Tests currently on the market have limited power in slowing transmission. The polymerase chain reaction (PCR) test is the standard coronavirus test, and the one Prof. Drosten’s lab has been producing since January and distributing around the world as a partner of the European Virus Archive – Global project.

The PCR test detects signs of the virus’s genetic material, but by the time most people receive their results, the infection is well established and the virus has spread. A swab needs to pick up a certain quantity of virus to give a true result, which means the PCR test works best on well established infections. Though the test is very sensitive, it is possible for it to miss the virus and yield a false negative result.

The eagerly anticipated serological test – which will show when a person has developed antibodies against the virus, thereby indicating that an infection has already passed – will do nothing to stem the flow of virus particles from one individual to another.

Promise is being shown, however, by antigen tests intended for home use, says Prof. Drosten. These tests will diagnose an infection even before symptoms appear, so a person could be tested soon after coming into contact with an infected individual.

‘There’s so much virus produced in the throat, I’m optimistic a self-deployed throat swab will be able to detect virus proteins early on in an infection,’ said Prof. Drosten. ‘In the beginning, these tests will be expensive, but ultimately the cost to produce them will be the same as the cost to produce a pregnancy test.’

Antigen tests are far harder to develop than antibody tests as they require the inclusion of artificial antibodies and producing these is not straightforward. But biotech companies have been working hard to crack the formulation and Prof. Drosten says antigen test kits are ‘available now’. The first prototypes will be trialled in labs, including his, within the next few weeks.

‘Two to three months would be my best estimate for the first tests to appear on the market,’ he said.

Herman Goossens, professor of medical microbiology at the University of Antwerp in Belgium, welcomes the research focus on home-based diagnostic kits. However, he says more thought needs to be given to the usefulness of test results.

While health authorities grapple with the options, Prof. Goossens, who is project coordinator of the PREPARE project set up in 2014 as a platform for European preparedness against emerging epidemics, is eager for testing to be ramped up on antiviral treatments. The aim of these drugs will be to stop the virus from replicating once an infection has become established.

Effective antivirals coupled with home-based tests have the potential to greatly reduce hospital admissions, says Prof. Goossens. ‘If, for example, an elderly person develops symptoms, you could give them a home-based test, and if they are positive for the virus, they could immediately start taking an antiviral drug, and this would hopefully reduce the number of elderly people admitted to hospital.’

Laboratories across Europe linked to the PREPARE project are currently running trials on antiviral treatments originally intended as remedies for a range of conditions, including Ebola, HIV and malaria.

‘Developing a new drug takes five to 10 years, which is why we are looking at existing drugs. In a month or so, we should have some preliminary results showing if the drugs we are testing work or not,’ said Prof. Goossens.

In Prof. Drosten’s view, Europe will need to look beyond diagnostics and existing treatments to bring the coronavirus to heel in the absence of a vaccine. He believes our greatest hope is to pair diagnostic testing with contact tracing using smartphone technology.

To this end, leading tech companies are working on apps designed to automate contact tracing - a process that is currently putting a huge burden on public health professionals. This software will give communities a safe way out of lockdown, says Prof. Drosten, though at least 70% of Europeans would need to adopt the same app for the intervention to be effective.

He explains how the technology would work. ‘You enter a symptom in a checkbox on your phone and the app will order a diagnostic test for you and identify the people you’ve had contacts with in the last five days. Then you and all your contacts lock yourselves away immediately, while everyone else who is not tarred by your transmission chain has the freedom to travel and work.’

He said an app-based public health intervention of this kind would give Europe a chance to ‘revive’ after the first wave of the pandemic. Without it, the virus will resurge time and again, resulting in repeated episodes of population-wide quarantining.

‘An app approach would be much more detailed and specific than the total lockdown we are having now, and it is what we need,’ he said. ‘I don’t see any other way out.’