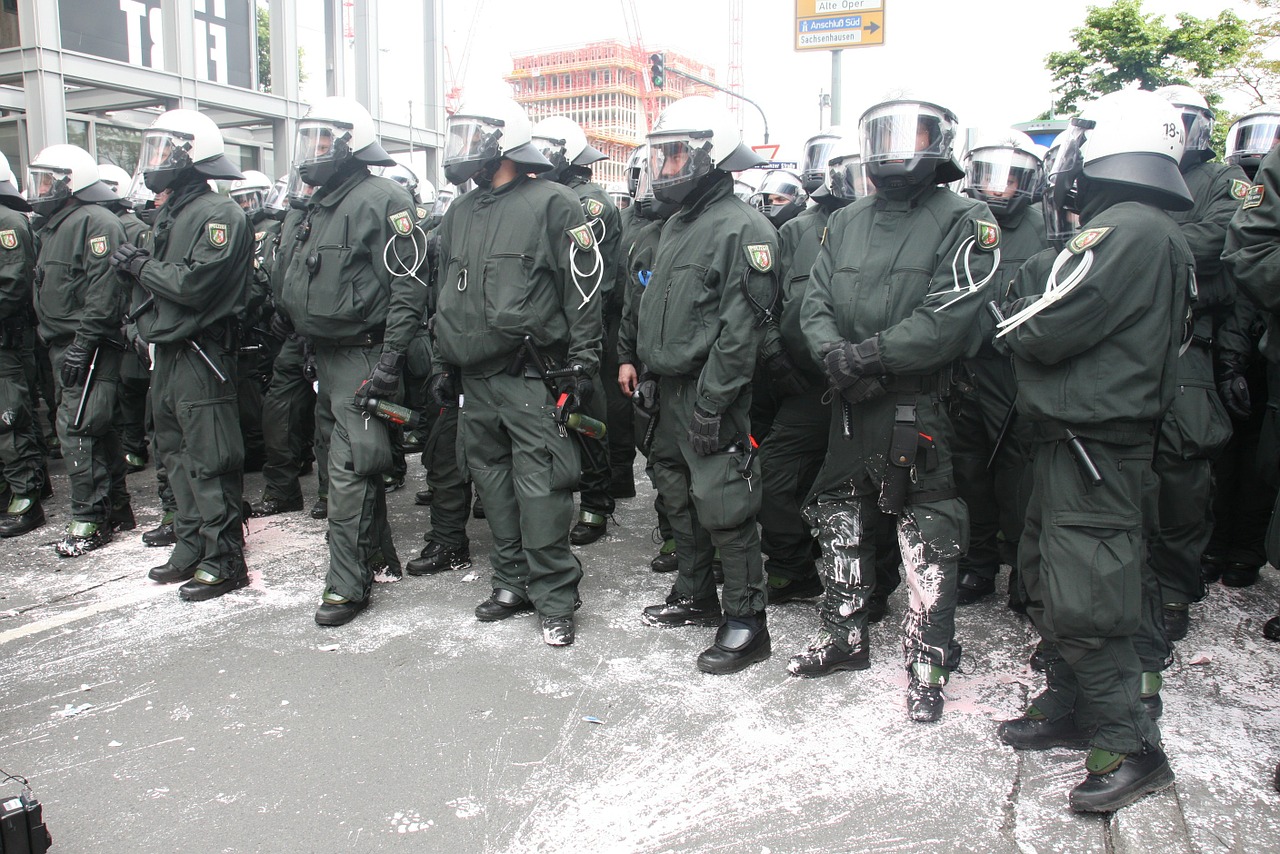 A tiny camera in a pair of glasses could help police officers reflect on how they react on the job. Image credit: Pixabay/ KDogan

In the heat of the moment, with a thief absconding on your left and a victim screaming to your right, it can be hard for a police official to make the right decision. A new device is helping police train their brains to make better decisions in risky situations, by triggering memories of past events in unprecedented detail.

It’s one of several research projects using wearable technology to decipher our behaviour and help us learn to take the right decisions when it matters most.

Researchers working with the Norwegian Police Service have been wiring up the trainees with a tiny camera embedded in a pair of glasses, known as a subcam, and a microphone. In the thick of a tense exercise — whether it’s a shootout or a dealing with a local drunkard — every breath, every shake of their head and every glance is recorded — from their own perspective.

Dr Sophie Le Bellu, a Marie Skłodowska-Curie fellow at the London School of Economics (LSE) in the UK, has been using the device, which is part of a so-called cognitive black box that can provide detailed insight into the decision-making process. Over 100 trainees at the Norwegian Police University College (PHS) have now worn them in a variety of simulations.

Dr Le Bellu says that the technique, known as subjective evidence-based ethnography, which she developed with Professor Saadi Lahlou of LSE who invented the device, plugs a gap in our understanding of behaviour and revolutionises introspection.

‘There are lots of methods for studying cognitive processes but when you want to understand what the person was thinking at the moment when they took the decision — we do not have that information,’ she said.

Or, as the researchers put it in one of their papers, ‘It provides the detailed "how?" of the effects that are measured at aggregate level by other techniques’.

The subcam is designed by the team's own research technicians as it requires higher-level specifications in terms of size, resolution, quality of sound and battery than devices currently available on the market.

The playback is so finely detailed it can pick up hesitation, fear (for example from head movements or breathing rate) and gesturing.

Playing back footage from their own point of view evokes far more detailed memories than simple recall or normal video ever could, a phenomenon known as situated cognition.

The technique has also been used in another situation where decision-making can be critical: a nuclear power station, run by French energy company EDF. In that case, the company was afraid that an upcoming glut of retirements amongst its engineers would mean the irrevocable loss of years of know-how and experience of the kind it is hard to transmit in a manual.

Dr Le Bellu kitted the older engineers out with the cameras and microphones. Debriefing them afterwards about why they had tackled problems in a particular way shone a light on their decision-making and formed the basis of training materials for new recruits.

For those of us who never plan to be police or nuclear engineers, the technique can shine a light on more mundane decisions. For example, what (if anything) is going through the head of a mother who gives her child a sugary drink when plain water would be a better option?

Questionnaires don’t always hit on the real factors at play at the decision-making moment, but researchers have revealed the fine detail of these situations — in this case by fitting mothers with the devices in a Polish project — revealing that habit and automatic behaviour play a large role.

The emotions that drive our behaviour are not always conscious, of course. Dr Leonid Ivonin, a Marie Skłodowska-Curie research fellow at Bristol University, UK, is looking for ways of revealing how unconscious emotions may be controlling our decision-making.

By showing people film clips he has revealed a discrepancy between the emotions we report we have experienced, and our biological responses. For example, a film designed to make the viewer angry may indeed alter their breathing rate, skin temperature, skin conductance and blood pressure in the predicted way — but the viewer may report that they did not feel angry at all.

‘We ask participants how they feel and they can’t really tell us but their bodies have clearly indicated that they hold particular emotional states,’ said Dr Ivonin.

‘These are unconscious, implicit states that we can’t recognise in ourselves but our body, through physiological signals, exhibits them.’

Dr Ivonin is planning to expand this tracking of unconscious emotions so it becomes part of the growing phenomenon of lifelogging, or the ‘quantified self’. In the form of a wristband, it could then be used as a tool for understanding the unconscious forces at play when we make decisions, adding to — or even dispensing with — the use of questionnaires.

One perplexing area of decision-making he is trying to illuminate is the relationship between shopping and happiness.

‘We ask participants how they feel and they can’t really tell us but their bodies have clearly indicated that they hold particular emotional states.’

Years of research have shown that money does buy us happiness — but not nearly as much as we think it will. We tend to overestimate both the duration and intensity of the happiness that a new purchase will bring. But not all purchases are the same.

Dr Ivonin is homing in on how to record people’s feelings before, during and after a purchase, in the hope that this data can be used to help us make better decisions. How did the anticipation of a meal out compare, for example, with the prospect of buying a cuddly toy? How did we feel as we bought them — and what were our emotions a day after the event?

He is designing an app in which participants log such feelings daily.

‘I hope that eventually it could advise people on what could be improved in their spending habits,’ he said.

Once his wristband is sufficiently developed, this would replace the app, so that people will no longer have to laboriously answer questions about how they feel.

Ultimately each of us could be sporting a wristband that will monitor our unconscious emotions throughout the ups and downs of our consumer day. Dr Ivonin envisions the data from this wristband feeding into a personal database which would become a kind of oracle, issuing guidance on what kind of happiness we might expect from the next big purchase — and perhaps steering us in another direction.