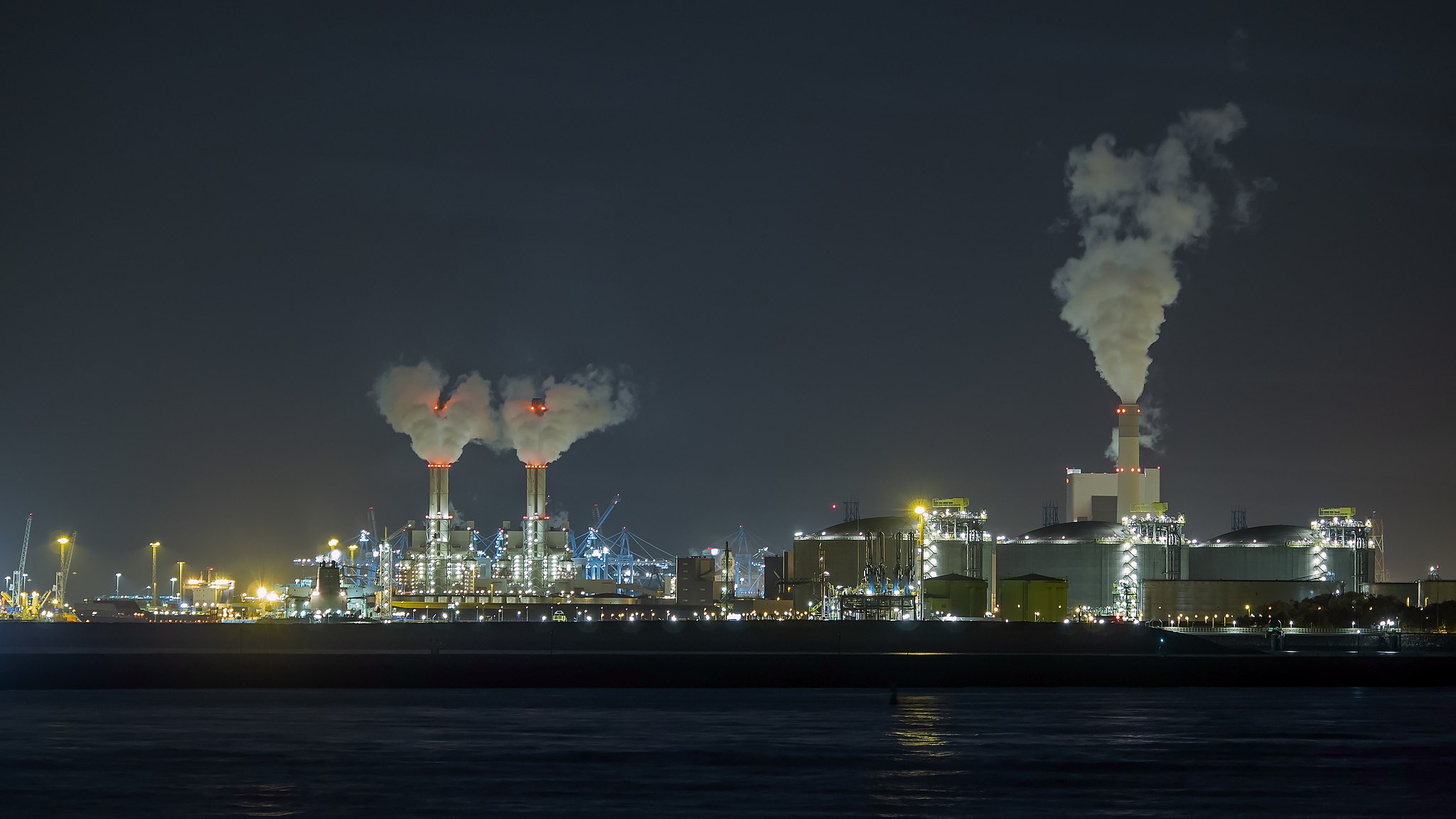 If different industries share resources, data, and materials - an approach known as industrial symbiosis - then the whole ecosystem could become more sustainable. Image credit - Frans Berkelaar/Wikimedia, licensed under CC by 2.0

Methanol can be made from CO2 captured from industrial sources, combined with hydrogen split out of water using surplus renewable energy. And the resulting fuel can be used in cars or ships, reducing the use of fossil fuels as well as emissions of greenhouse gases.

‘We are … transforming renewable energy into a liquid fuel that can be used in standard internal combustion engines,’ said David Cuesta, of the Spanish energy consultancy i-deals.

‘In the end you are taking a standard vehicle, and somehow, you are “electrifying” it,’ he added.

Cuesta coordinated the MefCO2 project, which showed how industry can play a role in conserving renewable energy as it is produced and help to absorb some of the fluctuations inherent in sustainable energy production.

The project used carbon capture technology at a coal-fired power plant in Germany to demonstrate the process, storing some of the emissions as methanol.

Reproducing the process at scale could also help to reduce EU imports of methanol, which is easily stored and transported but currently produced from fossil raw materials. In addition to its use as fuel, methanol is a feedstock with widespread use in the chemical industry.

Hydrogen made from renewables has long been recognised as a clean fuel, but taking the extra step to make methanol provides a higher energy density product, without the technical demands of high-pressure storage and transport, or the need to provide new infrastructure for use by retail consumers.

One hurdle to using renewable energy to split off the hydrogen from oxygen in water was the demand by some electrolysis systems for constant supplies of power. But using innovations such as polymer electrolyte membrane (PEM) technology allows flexibility in adjusting to natural fluctuations in conditions.

MefCO2 also paved the way for renewables to be harnessed by other carbon-emitting industries, such as steelmaking, where i-deals is coordinating the FReSMe project to produce methanol as a fuel for ocean-going ferries. Large-scale battery-powered engines may not be viable for such ships, but methanol may be accommodated readily.

By meeting various standards, such as CO2 footprint reduction, methanol can be considered a renewable fuel, which can command a premium from businesses working to reduce their carbon emissions.

That additional income for the producer can cover the cost of the infrastructure and provide an additional economic incentive.

‘We’re helping certain industries to decarbonise and they can even make a profit out of this, so that decarbonisation is not as much of a burden,’ Cuesta said.

Coordination between industry players to provide raw materials for renewable energy, as well as careful management of production and storage, can help to smooth out fluctuations in supply and demand for green power, stabilising the grid as well as making carbon capture and use more economically viable.

That kind of coordination is an essential element of industrial symbiosis – where different industries share resources, data, and materials to make the whole ecosystem more sustainable.

Working in this way could help industry play a greater role in renewable energy production and use. Such coordination could ensure waste products or byproducts from one process – such as CO2 – can be used as a raw material for another, such as in the MefCO2 project.

‘If I am a company and I am acting alone, I tend to satisfy what I think is … best (for me),’ said Andrea Ballarino, of Italy’s Institute of Intelligent Industrial Technologies and Systems for Advanced Manufacturing (STIIMA-CNR).

‘But if I can combine my action with the action of other companies, I can achieve symbiosis and I can achieve a global optimum – as well as my (own) optimum,’ he added.

‘We’re helping certain industries to decarbonise and they can even make a profit out of this, so that decarbonisation is not as much of a burden.’

Ballarino coordinated the SYMBIOPTIMA project, which showed that one company could tailor a byproduct to meet the needs of another user, turning it into extra income as well as lowering costs for the buyer who could avoid purchasing some primary raw material.

Embracing that approach brings industry together to play a pivotal role in reducing waste of all kinds. SYMBIOPTIMA also focused on making savings in energy use at the level of individual factories, while smoothing out collective demand for power from the grid, including renewables, and being able to plan ahead more accurately.

SYMBIOPTIMA used close monitoring of industrial processes and cooperation between companies to demonstrate they could make energy cost-savings of the order of 10%-15%.

By building up and adjusting a detailed profile of the energy demand in one factory, software tools were able to both govern its production in an energy-aware way and calculate its expected power purchases. Those could then be aggregated with the profile of another factory, and a software system that preserved their anonymity would mesh their purchases together, matching peak demand from one with an energy dip from the other.

By staggering the industrial processes, the software ensured factories were not having to pay peak prices by demanding maximum power at the same time. The result was to cut costs for both factories as well as help the grid manager to balance demand, and to plan for what backup power may be needed to support renewable inputs.

In addition to energy planning, industries could tune the characteristics of their byproducts and time their availability to make them more attractive to other industrial users.

One of the SYMBIOPTIMA aims was to uncover economic opportunities in value chains of companies and even industries that may not have obvious links – and where the players are clearly not competitors.

Those included a four-way collaboration between a foundry, a cement factory, a paper mill and a brickmaker. The Symby-Net software developed during the project showed how slag and waste sand from a foundry could be used by a cement factory and a brick factory. And the brick factory could also reuse sludge left over from paper manufacturing, reducing its need for raw clay.

Ballarino pointed out that the incentives to cooperate range from financial benefits to ensuring the long-term security of scarce resources or compliance with regulations, such as those encouraging environmental sustainability or renewable energy production.

‘We have a number of companies for which resources are scarce, energy efficiency is a problem, (and) sustainability is a must,’ Ballarino said.