How scientists are piecing together the history of the moon 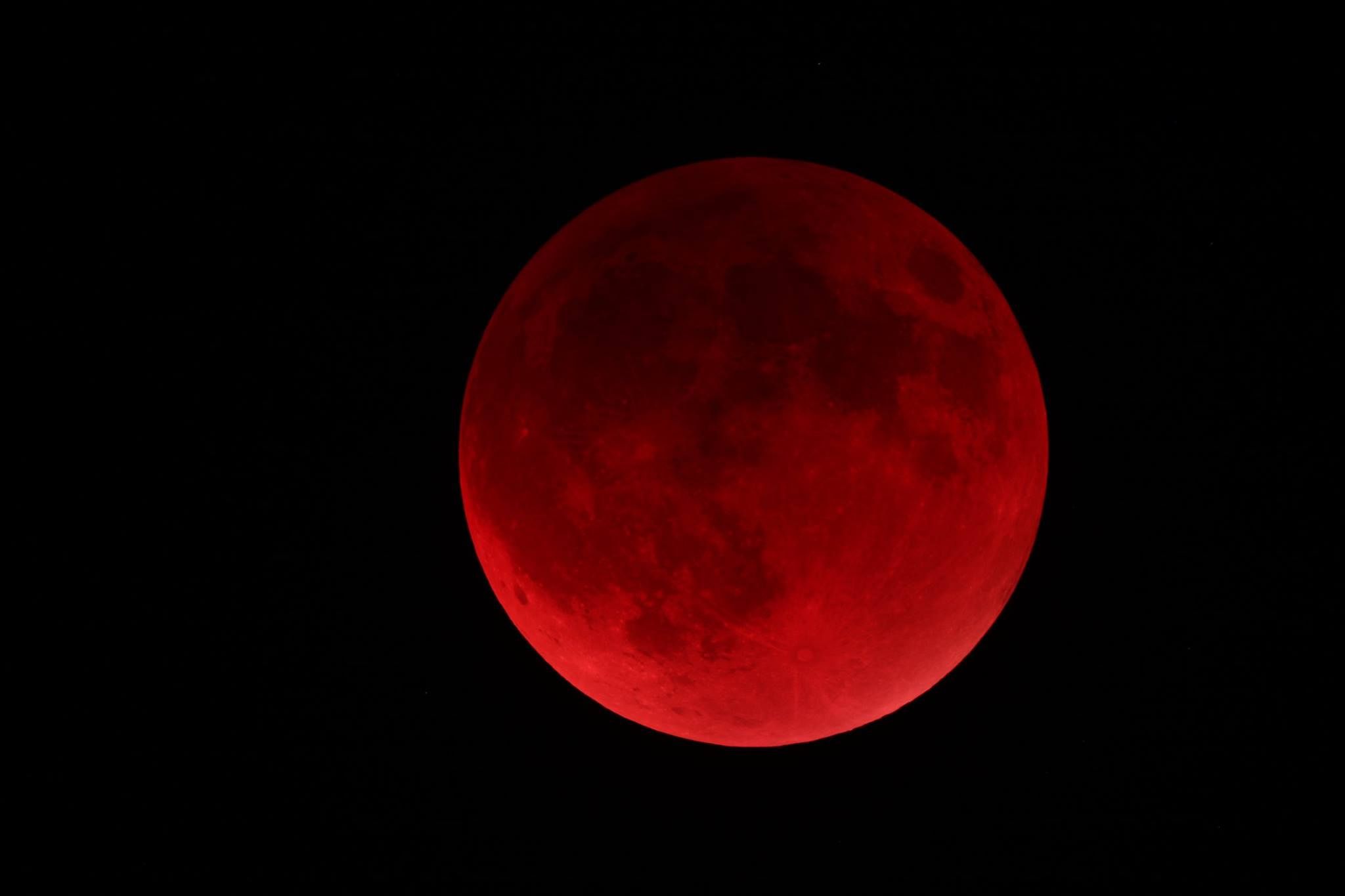 In the solar system’s early days, a first Earth is thought to have been pulverised by a planet that scientists call Theia. We don’t know what it was made of or where it came from, only that it may have been the size of Mars. The powerful collision destroyed both planets so completely that scientists can only guess what they were like.

What scientists are more certain of is that the two planets became a mass of molten material that gradually cooled to form the Earth and moon.

‘This molten mass rotated around and formed a disc, which existed for a few days. The temperature, which was very high, cooled slowly and everything heavy coalesced to form the Earth today,’ said Dr Razvan Caracas, a physicist who studies the inside of planets at the French National Centre for Scientific Research in Lyon, France.

Dr Caracas is running computer simulations of what happened to this mass of atoms and materials immediately after the collision as part of a project called IMPACT. He uses computer power equivalent to 200 desktop PCs running for two weeks to calculate what occurs under one set of conditions after the collision. Three supercomputing centres in France will provide the project’s required 120 million hours of computing time in just five years.

The initial shockwave after the collision of proto-Earth and Theia generated crushing pressures and temperatures perhaps as high as 10,000°C at the centre.

‘It is hard to imagine what conditions were like,’ said Dr Caracas. Almost the entire periodic table of elements would have been in a ‘super critical condition’ - a fog of disassembled atoms neither in gas nor liquid form.

Over the next few days, heavy materials like iron began to form the centre of a new planet - Earth.

‘The metals would slowly separate as droplets as they cooled, and later the silicates (minerals) would liquify. The heaviest inner part of Earth formed, then material would have fallen down onto the planet,’ Caravas said. ‘The outer part of the disc would have formed a ring and eventually accrete to form the moon.’

While the Earth came together within days, the moon probably took weeks or months to take shape, according Dr Caracas. There may even have been two moons circling the early Earth, with one crashing into the other to create the moon we see today. Both newly minted bodies then had an ocean of molten rock.

Dr Joshua Snape, a lunar geologist at VU Amsterdam, the Netherlands, is interested in the early moon. He hopes to determine its age within a range of tens or hundreds of millions of years. The traditional view is that it formed about 4.5 billion years ago.

‘Something profound was happening on the moon between 4.35 and 4.4 billion years ago. The simplest explanation is that the lunar magma ocean (covering the moon) cooled,’ said Dr Snape.

Thanks to the moon’s lack of tectonic activity, all of its rocks can tell us about this magma period – an important stage in the moon’s formation.

Just how long the magma took to cool is a crucial question, Dr Snape says. ‘It is important to understand how long this takes, because we scale up what we know about the moon to other planets.’

‘This is why we love the Moon so much. It is a treasure trove, geologically speaking.’

As the moon is the only substantial body in the solar system that we have travelled to and retrieved rocks from, its samples are valuable to scientists. Dr Snape has studied the ratios of isotopes of lead and uranium in rocks returned by the Apollo missions and from lunar meteorites. This ratio acts as a deep-time clock that he has used to calculate when a rock formed.

‘The moon has a record and acts as a beautiful lab for understanding early planetary processes. This will be applicable to Mars, Mercury or Venus, places that are hard for us to access, and it can even tell us about our own planet,’ said Dr Snape.

Earth is not quite so useful because plate tectonics bury and recycle rocks.

‘This is why we love the moon so much,’ he said. ‘It is a treasure trove, geologically speaking.’

His studies may be able to reveal, for instance, how long a planetary body remains active with volcanic eruptions when there are no plate tectonics to drive them. This could be important when it comes to studying planets around other stars.

Dr Snape is currently working on a project called MoonDiff that involves trying to recreate rock compositions that existed in the lunar magma ocean. The minerals would not have crystalised immediately but would have done so in a sequence that Dr Snape is now trying to reconstruct.

He crushes and heats the recreated rocks under conditions to match those on the moon when its surface was a molten mass of rock. ‘This week I’m running experiments at one gigapascal (one billion pascals, a unit of pressure) and 1,200°C,’ he said.

Knowing the sequence that minerals separated out from the magma ocean would help explain the moon’s history and its present geology.

‘The oldest rocks on the moon (the visible lighter parts) are formed primarily of a mineral called feldspar, which would have floated to the top of the liquid magma ocean,’ said Dr Snape.

‘On the other hand, that Apollo 12 basalt sample and other rocks like it (which make up the darker grey parts) are formed primarily of minerals that would have been more dense and sunk to the bottom.’

Dr Maud Boyet, a geochemist at the University of Clermont Auvergne, France, studies the Earth’s early molten period and is hoping to pin down when it cooled and first became habitable. To do this, she is examining Earth and lunar rocks as well as meteorites by using new mass spectroscopy techniques among others for a project called ISOREE.

She says moon rocks could tell us when the huge collision took place, but to do that we still need to understand the early history of the moon. Rocks from the far side of the moon could help.

Lunar rocks collected during Apollo missions come from the side of the moon facing Earth. The side facing away from us has a difference surface make-up. This could be because the moon underwent a second melting event, perhaps caused by a second massive collision.

‘We have no samples (gathered) from the far side of the moon,’ Boyet said. ‘But we have some meteorites (that landed on Earth) that we think came from there.’