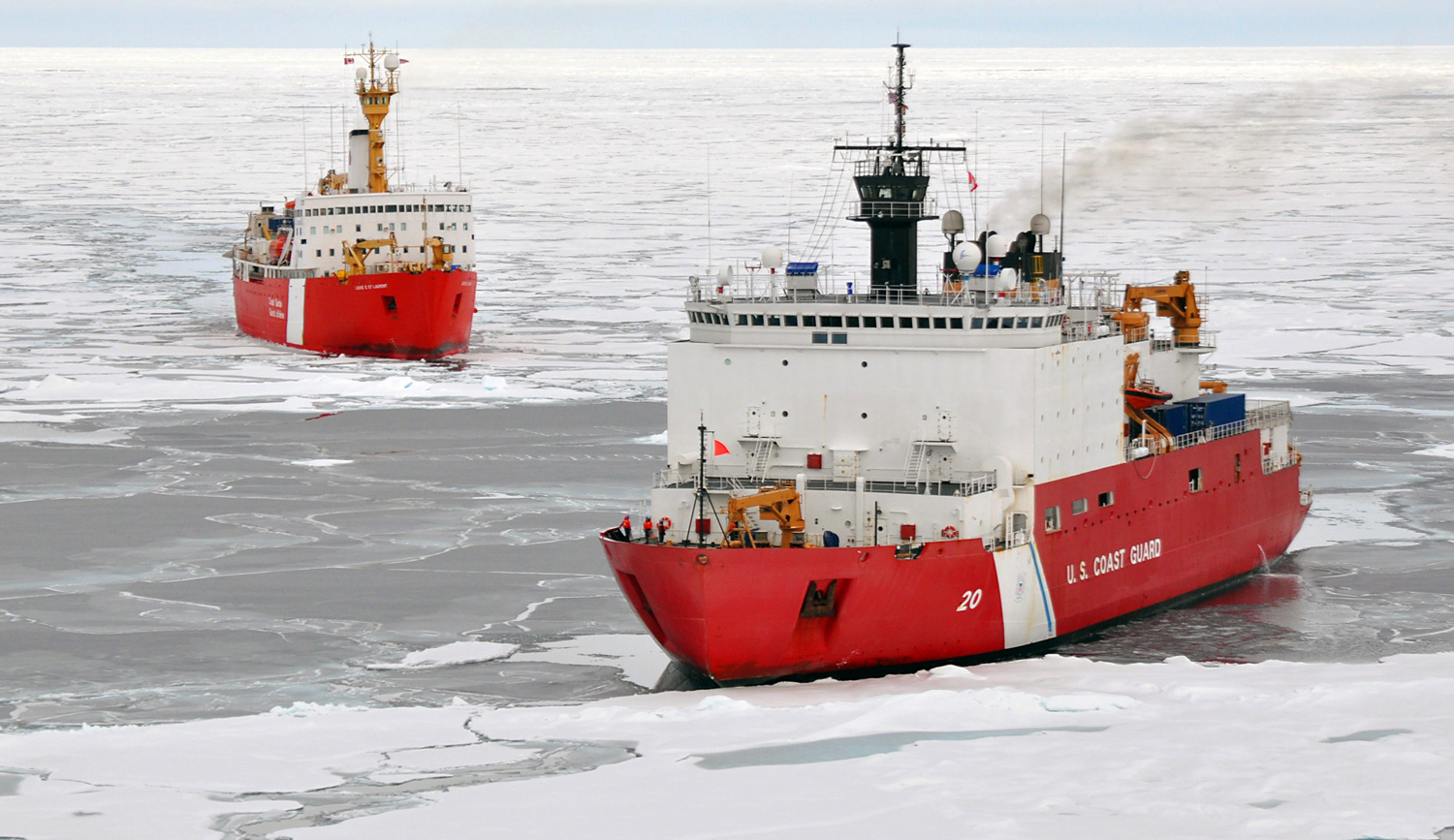 Early this year, the Eduard Toll set a record: laden with liquefied natural gas, the tanker was the first commercial vessel to cross the Arctic in winter without an icebreaker.

This milestone in shipping may be a sign of things to come, with maritime activity expected to climb as global warming melts the region’s sea ice – declining at about 13% each decade, according to NASA. However, there are fears among environmental groups and scientists that this could harm an already fragile environment through factors such as marine pollution and noise from ships.

Increased maritime traffic raises the risks of oil spills, something a project called GRACE is addressing by looking at how to better measure, monitor and clean up oil in the Arctic. The methods include using sensors, investigating the effects of burning and chemical dispersal, and studying how to use living organisms as pollution indicators – with the information wrapped together into a web-based decision-making tool.

The goal is to have a range of strategies tailored to different threat responses and disaster situations, said Dr Kirsten Jørgensen, GRACE project coordinator and a researcher at the Finnish Environment Institute.

‘Fortunately, we have not had many big accidents in Arctic areas, but in case there is a spill, you should have the best clean-up preparedness,’ she said, adding that for the world not to put in place a well-developed oil spill response strategy would be irresponsible.

Data collection has been aided by improvements in sensors, said Dr Jørgensen. In October, a smart navigation buoy set up by GRACE began for the first time to provide real-time monitoring of oil discharge and water quality in the Baltic Sea via satellite. In addition, the team is developing a biosensor using hatched zebrafish embryos to detect pollution through effects on organisms.

The researchers are also collecting biological data on organisms including invertebrates, mussels and fish to have background information for comparison in the event of a spill, and carrying out tests on how some react to oil. They are also developing methods for mechanical clean-up, such as an under-ice vehicle.

‘I still think the most important thing is to prevent any accidents by using ships that have a double hull, good navigation aids and things like that.’

There are, however, challenges. While the relative scarcity of Arctic accidents is clearly good news, paradoxically, the effects of a large oil spill are hard to assess without one happening first.

Dr Jørgensen also points out that it is difficult to draw conclusions from incidents elsewhere. For example, she says that chemical dispersants were used on oil from the Gulf of Mexico’s Deepwater Horizon disaster in 2010, but the way these would spread in the Arctic’s cold water and their impact on its distinct ecosystems would be very different. Complicating the matter is that much of the work also has to take place in labs to avoid marine pollution.

But ultimately, Dr Jørgensen says that the safest course of action would be to prevent spills from happening in the first place. ‘I still think the most important thing is to prevent any accidents by using ships that have a double hull, good navigation aids and things like that’.

This is something that could be aided by SEDNA, a project led by international engineering and science consultancy BMT that aims to develop ways to improve the safety of Arctic maritime traffic. Although its specific focus is on better ship design to prevent human casualties rather than ecological aims, fewer accidents will have the knock-on effect of reducing environmental impact, said BMT senior research scientist Dr Philipp Lohrmann.

Dr Lohrmann says he believes it is inevitable that shipping will increase in the region, but that the exact outlook is hard to predict because of competing economic and environmental interests and resulting uncertainties about future regulation. The main thing, he said, is to be prepared.

One of SEDNA’s key focuses is on creating a so-called safe Arctic bridge for ice-going ships. Dr Lohrmann said this is because the command centre, or bridge, on current ships is often not specifically designed to deal with the ice and harsh climate of the Arctic in terms of the navigation equipment and technologies they contain.

As part of this, the team is developing augmented-reality technology that could provide the ship's navigators with relevant information in more intuitive and novel ways. Examples include overlaying the real world with information on ice, or providing virtual X-ray vision to allow the crew to see through obstacles.

At the same time, he said, there is a need to avoid information overload that could lead to distraction. For instance, there is less need in the Arctic for instruments that provide information on other vessels than in traffic-heavy shipping areas.

The project is also looking at other approaches such as anti-icing coatings for ships, some inspired by Arctic-dwelling species such as the ice-proofing abilities of penguin feathers. ‘The way ice-removal is often done at the moment is that you send out a few guys with hammers,’ said Dr Lohrmann. ‘It’s very much a Stone Age technology.’

Some of SEDNA’s initiatives also have the potential to help cut carbon emissions. Among these, the team is building an Arctic voyage planning tool that takes account of information such as weather, sea state and bathymetry, the measurements of water depths. ‘A reduction in carbon emissions may be achieved by avoiding unnecessary delays and detours,’ explained Dr Lohrmann. 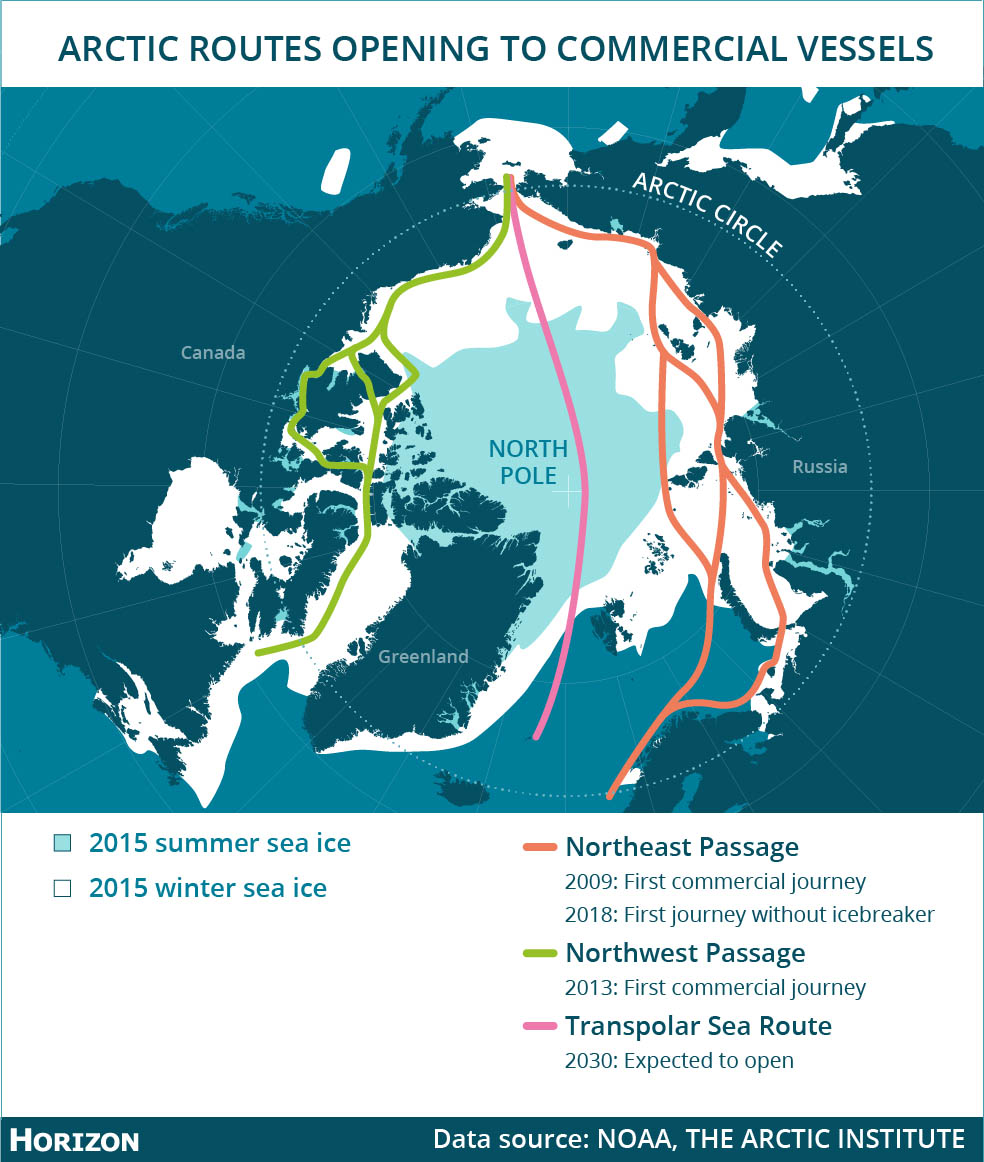