How a new generation of games is changing minds 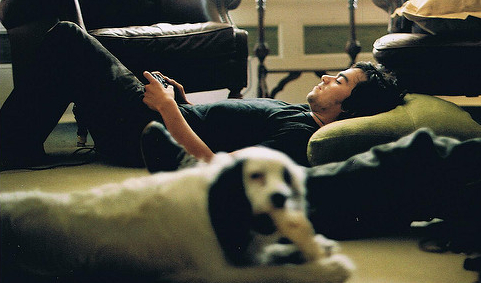 In the last 30 years gaming has grown from a niche hobby to the world’s most profitable form of entertainment. Now, researchers are investigating how they can be used to increase empathy, reflect on political beliefs, and boost mental health.

Imagine you’re playing a game in which you’re in the role of a felon driving a car as you are pursued by the police. Rather than providing different opportunities to defend yourself, the game instead gives you increasingly fewer options to escape, eventually leaving you entirely alone as the police close in.

This is the premise of a new videogame called What We Did designed by Professor Rilla Khaled from Concordia University in Canada and the University of Malta, which is designed to shift people's perspectives of police chases away from the pursuer to the pursued.

This type of game is known as a reflective game, as it is designed to make people think about issues.

By giving players increasingly desperate options such as praying or jumping off a building, Prof. Khaled says the game can stimulate empathy for people in those positions and train players to think about their perceptions of the politics of real-world events.

‘I think a lot of people have arrived at a particular position about where they stand (on political issues), but they don’t necessarily know why,’ said Prof. Khaled.

Prof. Khaled received an EU Marie Skłodowska-Curie grant for the REFLECT project, which aimed to confront players with values, practices, and actions that make them question their own worldview.

She hopes that reflective games will make people aware of how playing them is influencing their opinions.

‘I want people to be aware of any kind of cognitive shifts … so that when they walk away from the game that still remains with them,’ she said.

By 2020, it is estimated that 25 % of Europeans will be over the age of 60, putting a future strain on care services.

Although previous ‘brain training’ games have been met with controversy by scientists, another study found a positive link between videogames and wellbeing among the elderly population, though any cognitive boost was only short-term.

Videogames are also being explored for psychiatric use; psychologists have reported promising results in using videogames to assist child psychiatry and treating patients with bulimia.

'Much of our current media seems to be explicitly weighted against raising questions, it's more in line with a consumption model. For example, it's rare that we ask why is it that that particular news story gets shown to us, why does this story get reported in this way? If we want to be socially responsible, that is how we should be teaching people to interpret the media.'

So-called serious games, in which entertainment comes second to objectives such as training or education, are now being used in a wide variety of industries from the military to agriculture.
Researchers are also looking at their potential in improving the mental and physical health of elderly people.

Dr Abels coordinates the EU-funded ALFRED project, which is designing a voice-operated mobile app designed to employ gaming techniques to boost mental and physical training, as well as to help elderly people with simple tasks in the home and manage social events.

One of these games is Dancing with ALFRED. Players ask ALFRED to play a song and motion sensors in the phone detect their movement while they dance. By detecting this movement, the app can then show players where to move next, as well as adjust the pace to suit an individual’s agility.

The app, which is in its final year of development, can also look at the user’s location - as well as those of nearby friends - to suggest recreational activities, which can encourage elderly people to grow their social groups, and thus help reduce isolation.

‘We are very convinced that when people are more integrated in society – when they are participating more, interacting more with other people, this is very positive for the health of a person,’ said Dr Abels.

‘I think a lot of people have arrived at a particular position about where they stand (on political issues), but they don’t necessarily know why.’

As research into videogames continues to expand, the need for a formal research centre for videogames has been recognised at Falmouth University, UK, which was awarded funding to create the position of European Research Area Chair in Digital Games technology as part of its GRO project.

One of the aims of the project is to make it easier for anyone to design a new game, and also to promote the cultural side of games, says Professor Simon Colton, who holds the position.

‘Designing a game is a difficult proposition,’ he said. ‘We’re disrupting this idea that making games is that difficult by enabling people to make their own casual games directly on their mobile phone.’

By automating the creative and nitty-gritty aspects of design, Prof. Colton says that games can be opened up to artists, game players, and those who are held back by a disability.