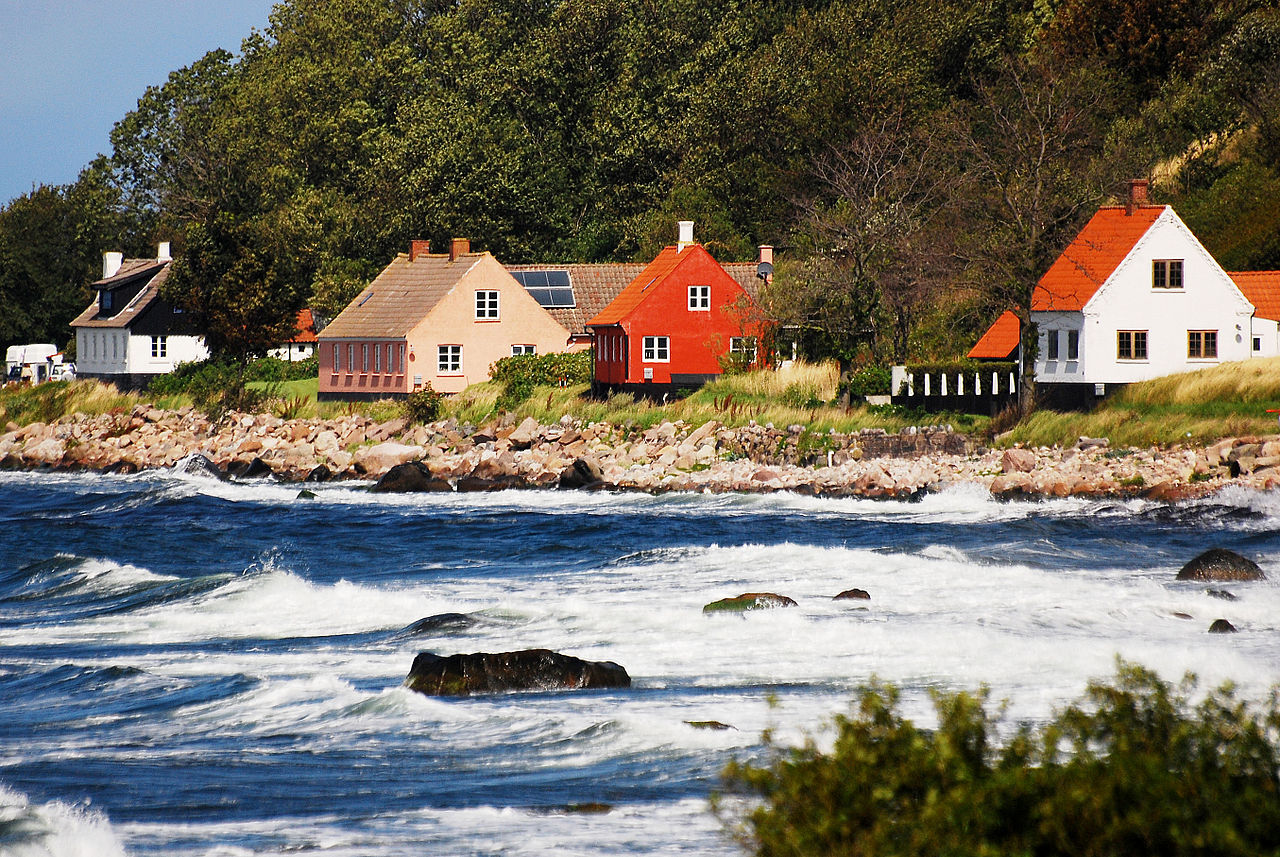 On Bornholm, 80% of homes are heated with a water system fuelled by the burning of waste, straw, biogas, and woodchips. Image credit - Lilly M/Wikimedia commons, licenced under CC BY-SA 3.0

Now they are more prosperous – but they have also propelled themselves into the vanguard of Green. Industries, researchers and governments flock to fund or study what they’ve done. And on 28 April the island was awarded first place in a new prize for its development of renewable energy.

Over the last two decades the islanders have erected more than 35 large wind turbines, as well as assorted household ones, and energy plants that burn straw, wood pellets and waste. They have installed smart meters that orchestrate their heating systems. Even fridges have been recruited to help balance the electrical supply.

‘Bornholm was in a kind of a crisis; we needed to find new ways to make jobs, to work to be self-sufficient, to make more worth and value and to make the value stay on the island,’ said Winni Grosbøll, who has since 2010 been mayor of the Danish municipality, which at 588 km2 is about the size of Corfu.

At the end of last century, the islanders obtained all their energy from a sub-sea cable from Sweden and from imported oil.

But over the years that has changed. Now, the cable supplies only a third of electricity, while wind supplies 40%, steam from a woodchip-burning plant 20%, a biogas plant 4% and solar photovoltaic 3%. In addition, 80% of households are heated with a water system fuelled by the burning of straw, biogas, woodchips and waste.

One flagship project tackled the Achilles’ heel of renewable energy generation – how do you balance the electricity in the grid when there are bountiful quantities on breezy, sunny days but less when it’s dark or the wind drops? Smoothing out demand is one of the answers.

Some  2,800 households and businesses volunteered to take part in a couple of projects known as EcoGrid.EU and EcoGrid 2.0, in which their household electricity  could respond, via installed controllers, to fluctuations in the Nordic electricity price, time of day, weather and the anomalies of each household.

For example, a householder could programme the system to permit a maximum drop in temperature, if power was expensive or needed elsewhere. Businesses allowed idling fridges to be directed to switch off if necessary, also to stabilise supply.

As a result, amongst the participating households there was a 30% drop in winter energy demand.

In another project, a small fleet of electrical vehicles delivers electricity from its batteries back to the system as necessary when not in use.

For Daniel Barslund, co-owner of local brewery Svaneke Bryghus, greening has been expensive at times but he felt it was necessary.

‘It’s very important to learn from the best but do it in your own way.’

The brewery produces up to two million litres of organic craft beer annually, a third of which is consumed on the island, mostly by its many tourists.

He took part in EcoGrid and found his forklift truck being charged at night, when energy was cheaper and more plentiful. He has harnessed the heat from the beer production to drive a cooling system; and he has switched from oil to biogas. By the end of the year he hopes to be capturing the carbon dioxide that is a by-product of the brewing process for reuse and sale, for example to carbonate drinks or for flushing out tapping lines in bars.

He says that, despite the expense, the changes were in line with the island’s strategy, and he has benefited from its green reputation.

‘We made a lot of investment early on but it’s paying off now,’ he said. ‘We think this is a really important selling point ... it’s easier to get new clients when you have the sustainable story as well.’

For the green dream to work, there are some essential requirements, says Grosbøll.

‘First of all, we need to make the green way the easy way. If you want people to have an electric car you need to make it easy to drive one.’

The green way must also be ‘the cheap way,’ she said. ‘This is not a rich island, this is one of the poorest parts of Denmark ... if you ask (inhabitants) what is most important they say: “I choose the solutions which are cheap.”’

Education is another vital element, she added.

For islander Helle Munk Ravnborg, the most important thing is that the desire for sustainability emanates from the islanders themselves.

Ravnborg works in Copenhagen, where she commutes weekly, and has had a house on Bornholm for 11 years.

‘As an island we have been very successful at doing a lot of the things that can be done centrally … but now we have to face all the decisions that require individual citizens and companies making decisions,’ she said, such as choosing climate-friendly vehicles or food products.

Grosbøll’s principles will be tested in the future.

She hopes the island will move away from producing energy from biomass, because of its doubtful contribution to cutting carbon emissions. Yet it’s quick, lucrative, stable and entirely local, so such a shift may be unpopular.

And there may be resistance to moving away from the waste incinerator: Bornholm plans to become waste free by 2032.

‘It’s easier to burn it and make (heat) from waste than it is to sort it and reuse all the fractions,’ Grosbøll said.

Another difficulty is that islanders – in common with other Danes – have objected to the construction of further onshore wind turbines. Since the island wants to be carbon neutral by 2025, Bornholm is looking at offshore turbines, which might ultimately create enough electricity to drive the production of hydrogen that could power Bornholm’s ferries.

Ravnborg, who chairs a citizen group seeking to establish such a facility, looks forward to that day, when her weekly trip across the Baltic will be greener.

‘There are many who are not very happy with a ferry that is very CO2-polluting,’ she said.

Meanwhile, Grosbøll has advice for communities seeking to replicate their success. ‘The most important lesson is that they should do it in their own way because no society is like any other.

‘It’s very important to learn from the best but do it in your own way.’

On 28 April 2020, Bornholm was awarded first place and €500,000  in the EU’s prize for renewable energy islands, which was launched in 2019 to reward achievements in local renewable energy production for electricity, heating, cooling and transport on islands.

Bornholm was commended for the high share of renewable energy they’ve achieved, the clear socioeconomic and environmental impact of this, and for involving ordinary people and communities in the transformation.

The island of Samsø, Denmark, was awarded the €250,000 second prize and the Orkney islands in Scotland received the €100,000 third prize.

The idea behind the award is to show how small local communities can make the transition to sustainable energy systems and to inspire others to do the same.