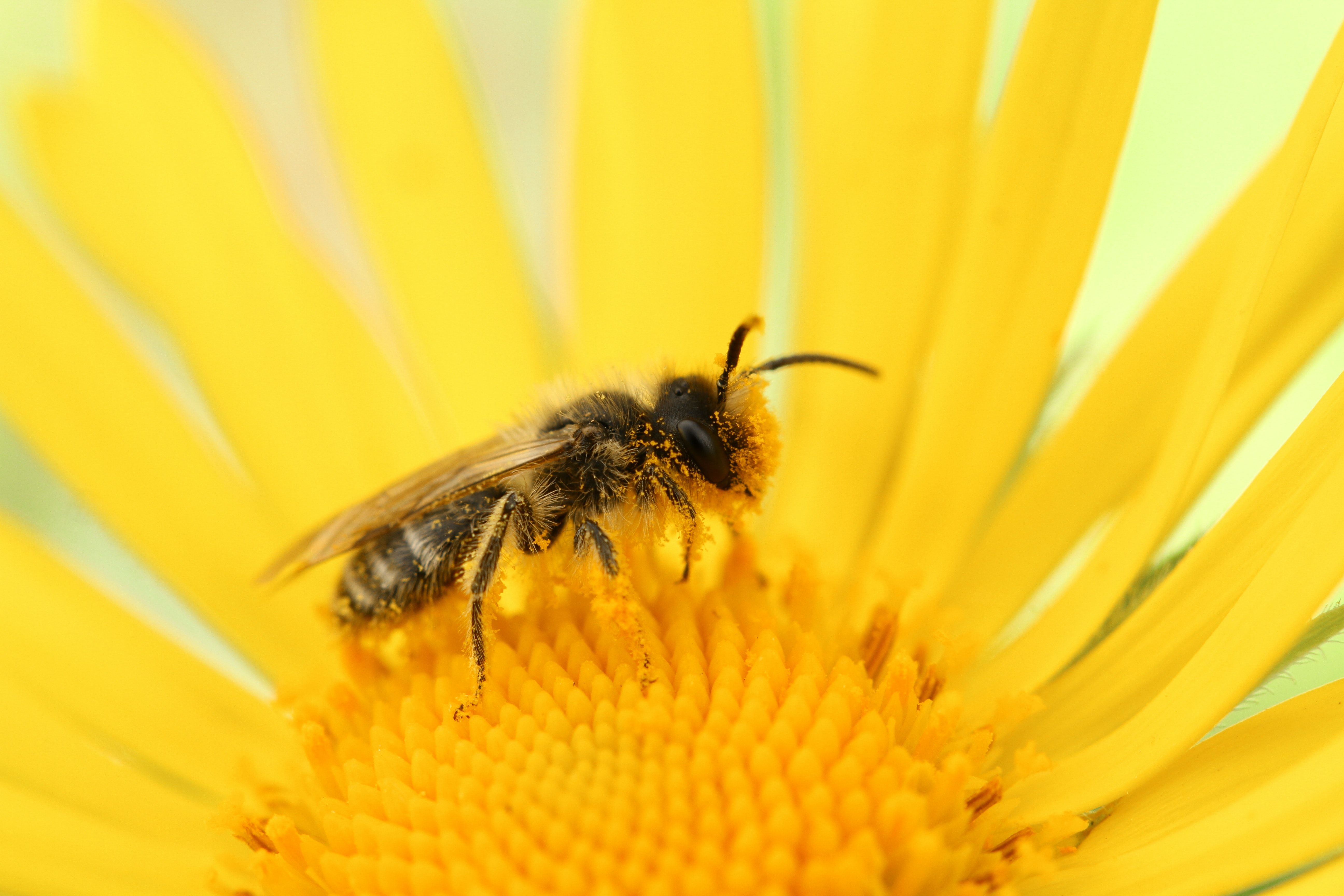 There is still limited scientific knowledge about how animals feel pain, or whether they all do. Image credit - Christoph Polatzky/Unsplash

‘I think it’s one of the great challenges facing science and philosophy in the 21st century,’ said Dr Jonathan Birch, a philosopher of science at the London School of Economics and Political Science, UK. ‘It’s not purely something we can think of as science as usual … we need new ways of thinking about sentience.’

While it is now generally accepted that many other mammals have some kind of sentience – or subjective experience of the world and their own bodies – there are still huge gaps in our knowledge. Things get more blurred the further we move away from humans, where animals can have very different brain and neural systems.

‘Evidence from other primates has been very influential on the science of human consciousness, but there has been a tendency to dismiss non-mammals,’ said Dr Birch. ‘It’s precisely the non-mammals that have been a source of a lot of recent discussion.’

In 2010, cephalopod molluscs – a group of animals including octopuses, squid and cuttlefish – were included alongside vertebrates in the EU’s directive on protection of animals used for scientific purposes. That has led to further debate about the nature of sentience in animals including crustaceans, fish and insects. It’s a question that could be crucial to conservation and organisms’ ethical status in animal welfare legislation, as sentience and pain can be key criteria for the type of protection given.

‘As you get further away evolutionarily from humans, the brain organisation gets more and more different,’ said Dr Birch. ‘When you’re looking at something like an octopus, it’s completely different, so that source of evidence is no longer there.’

While some researchers support the idea that creatures such as insects have consciousness, others perceive them as ‘natural zombies’ that, much like robots, can be cognitively sophisticated but have no conscious experiences. There is also limited knowledge and controversy about animals’ feelings of pain, with Dr Birch explaining that some reactions to seemingly painful events may be unconscious reflexes.

‘What makes it difficult is that you have so many theories of what conscious experience is and nothing even close to agreement,’ he said. ‘You have some theories that imply every living thing would have these experiences to some degree, and other theories that seem to imply only humans could have them.’

Though Dr Birch acknowledges that there will always be a barrier to truly getting inside animals’ heads, he says we can find out a lot more. He believes a new way of thinking is needed that crosses the divide between philosophy and science, wrapping in evolutionary biology, psychology, neuroscience, physiology and animal welfare science.

In this vein, the ASENT project he leads is aiming to develop a conceptual framework for understanding animal sentience, with a bid to bring such studies into the mainstream as a rigorous scientific discipline.

As well as researching and applying scientific and philosophical literature and theories over the next four years, ASENT plans to test sentience in bees. Dr Birch said they make ideal study subjects in this area because they’re sophisticated invertebrates with complex social networks, while also being much easier to examine experimentally than animals such as cephalopods.

‘Bees are a great place to start if you’re looking for evidence of conscious experience in these controversial cases,’ he said. ‘They are cognitively sophisticated and very good learners, so it makes sense to ask: “Can they do these forms of learning that in us seem to be linked to consciousness?”’

The exact nature of the tests has yet to be decided amid Covid-related delays, but some will involve examining bees’ responses to flashing LED lights, with the aim of matching visual stimuli to types of sensory reactions previously linked to human consciousness.

One such form of associative learning is trace conditioning, in which two stimuli are separated by a temporal gap – such as a noise followed a second later by a puff of air towards the eye. Dr Birch explains that humans only seem able to learn this association, shown by blinking at the right point, when they are consciously aware of the stimuli and time gap. If given a distracting task at the same time, they cannot do this.

‘Learning about time in that way seems to be really difficult,’ said Dr Birch. ‘It’s a sophisticated form of learning that in us seems to be facilitated by conscious awareness.’

Other tests that may suggest consciousness are rapid reversal learning – involving the ability to learn a relationship between two stimuli and then the opposite when it is reversed – and cross-modal learning, involving associations that cut across senses such as sounds and smells.

A battery of such tests on bees will be used to seek evidence of the extent to which a whole range of abilities is linked to conscious experience. This may then pave the way for looking into whether these patterns of learning are replicated in other animals, and whether developing one ability makes them more likely to develop the others.

Dr Birch hopes the project will help build towards a rigorous methodological framework for assessing the consciousness profiles of individual species rather than ranking animals on a single sliding scale.

‘We’re trying to think about feeling as broadly as we can, and recognising that the feelings of animals might not really fit into the categories that we use to describe our own feelings,’ he said.

Part of the ASENT project is also about working with animal welfare charities such as the UK’s Royal Society for the Prevention of Cruelty to Animals (RSPCA).

Dr Penny Hawkins, head of the RSPCA’s Animals in Science Department, welcomes the greater emerging focus on sentience, saying a robust framework for consciousness would give a much better foundation for protecting animal welfare.

‘It used to be regarded as a sort of dichotomy, where either you’ve got full-on human consciousness and sentience or you’re some kind of brainless automaton – like a light being on or off. Now it’s much more of a dimmer-switch kind of approach, with a sliding scale.’

She says there is a long way to go and that being deemed sentient is not a ‘golden ticket’ to better treatment because it can still take a back seat to political and economic considerations, while creating legislation will be complex. Nevertheless, she believes this makes it even more important to gather solid evidence on the subject.

Professor Donald Broom, an emeritus researcher in veterinary medicine and animal welfare at the University of Cambridge, UK, who is not involved in the ASENT project, stresses we should not forget that we as humans are also animals, so having a wider focus on the whole animal kingdom is a pathway to learning more about ourselves too.

On top of that, says Prof. Broom, we have stages in our own lives when we are less sentient – such as before birth and in cases of dementia. However, that doesn’t stop our needs being considered at these times, as he says they should be for other species.

He adds that more needs to be known about brains different to ours. ‘There are these prejudices that you have to be rather similar to humans – and have a brain which is like a human brain – to have any cognitive ability,’ said Prof. Broom.

For example, he says, having a small brain does not necessarily imply reduced cognitive ability, as backed up by the sophisticated abilities of jumping spiders, ants, houseflies, small squid, cleaner wrasse and hummingbirds.

‘Hummingbirds obviously have a small brain, but if you watch a hummingbird you can see that it comes and looks at you, evaluates you quite quickly and decides you’re too slow-moving to be of any consequence at all, and gets on with life.’

Prof. Broom points to the importance of amassing more evidence of sentience in animals such as bees, given the grave threats they currently face and debates over the use of pesticides like neonicotinoids. He points out that it’s also now easier to do brain monitoring in moving animals.

‘It’s not just important to know whether animals are sentient, but also more specifically what kinds of interests they have,’ added Dr Susana Monsó, a philosopher who works on animal minds and ethics at the University of Veterinary Medicine in Vienna, Austria.

This is particularly crucial, she says, in animals affected by human practices, such as farm animals, while knowing this in insects may grow in importance if they become more widely viewed as a solution to global food crises.

‘Given the huge numbers that would be involved in farming them at a large enough scale to substitute other sources of meat, there are potentially gigantic welfare costs that ought to be taken into account,’ said Dr Monsó.