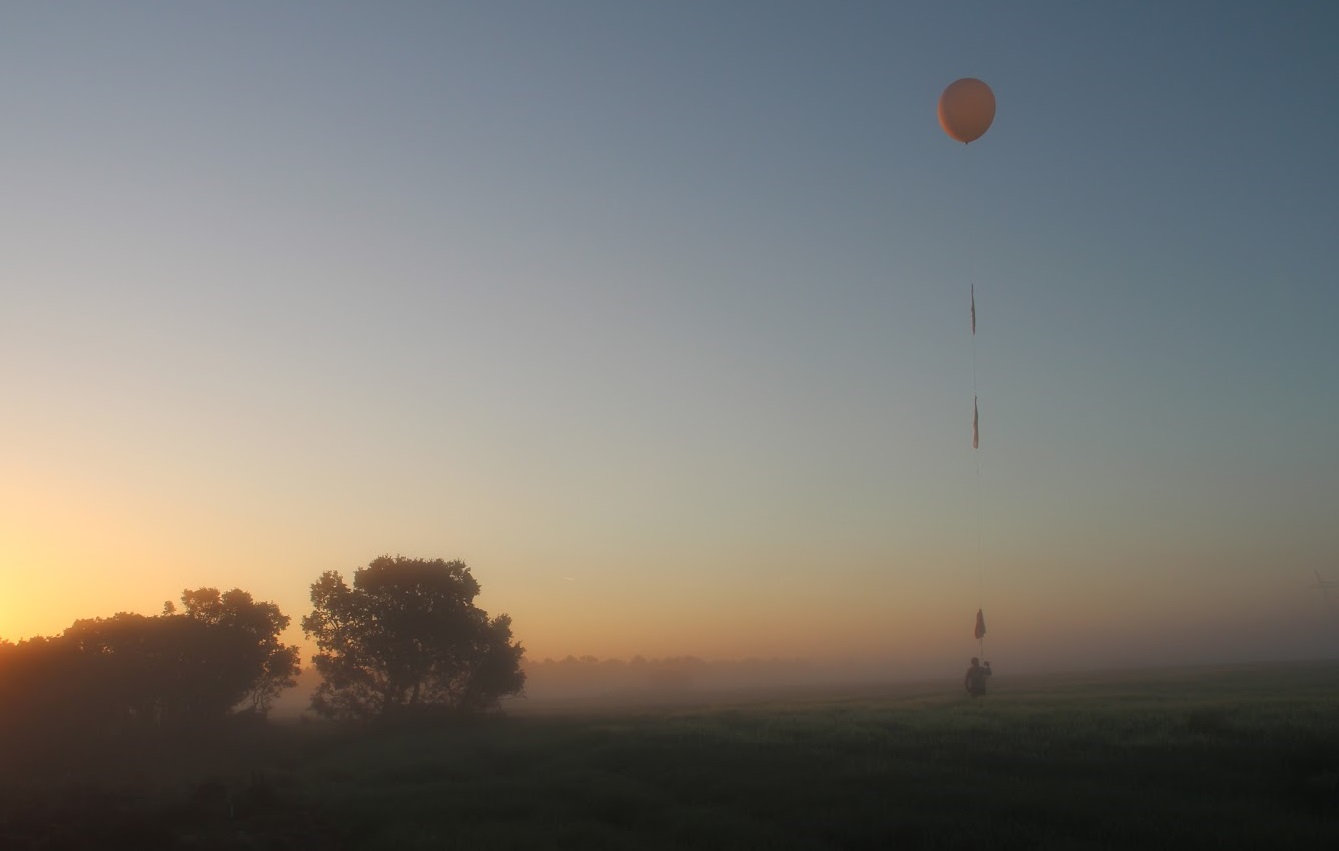 Lightweight helium balloons can tell us how gases in the atmosphere impact the environment below. Image credit: Philipp Maier/ORISON

Using off-the-shelf technology and innovative economics, lightweight helium balloons have started carrying remote-controlled laboratories to the edge of space and back, offering the business case for new types of science missions.

There is more to thin air than meets the eye. The gases surrounding our planet scatter light waves, dim their brightness and jumble their colours, as seen by the reds, oranges and purples visible in the sky at sunset.

It makes earth a safe and scenic refuge, but also a noisy one for scientists studying its surroundings.

‘When studying the atmosphere, altitude matters,’ said Professor Klaus Pfeilsticker, an environmental physicist specialised in remote-sensing techniques at the Heidelberg University in Germany.

The atmosphere interferes with all signals that can be used to probe it. This blurs experimental results and makes it particularly hard to pinpoint the altitude at which aerial phenomena take place.

Prof. Pfeilsticker’s research focuses on how gases impact the environment, using helium balloons to survey which molecules can be found above us, and how they impact life below.

His work is centred around halogen-based gases, which seem harmless at first glance. For instance, dibromomethane and bromoform are produced by microalgae in the ocean and their chemical bonds react so fast that they rarely drift far from the ecosystems that release them.

But given the right tailwind, they can soar 14 kilometres above the oceans and wreak havoc in the ozone layer.

Four years ago, Prof. Pfeilsticker coordinated an EU-funded research project called SHIVA to demonstrate that short-lived halogen-containing gases deplete as much ozone as the pollutants banned by the Montreal Protocol, an international agreement to protect the ozone layer made in 1987.

This damage is balanced by the natural rate at which ozone reforms. But as climate change heats oceans and air currents, more halogen-compounds could sweep into the stratosphere and widen the hole in the ozone layer in ways that we cannot control with regulations.

The SHIVA consortium managed to quantify the impact of these short-lived gases because it checked the results on site.

‘Helium balloons can lift half a tonne of scientific equipment more than 30 kilometres in the air.’

Project partners flew aircraft 12 kilometres high to collect air samples above the clouds and calibrate their ground measurements, but detailing the risk will require high-altitude balloons.

The air within the ozone layer is too thin to fly planes through, so the only way to take measurements there is to strap the instruments onto a rocket or underneath a balloon.

‘Using a research aircraft, SHIVA just managed to graze the lower boundary of the ozone layer,’ said Prof. Pfeilsticker. ‘In the end, deeper understanding will require vehicles that can rise higher into the stratosphere.’

Philipp Maier at the Max Planck Institute for Extraterrestrial Physics in Germany argues that balloons can offer the most economical solution.

‘Helium balloons can lift half a tonne of scientific equipment more than 30 kilometres in the air,’ he said. That would carry instruments for chemical-analysis right into the heart of the ozone layer.

To date, the main limitation to balloon-mounted observatories has been their clunky manoeuvrability. In principle, helium balloons can sail the high winds to any destination over the globe. In practice, catching the right air current means venting plenty of helium or dropping lots of ballast, a heavy material used to provide stability while floating.

The scientific equipment and unwieldy controls tend to bring stratospheric balloon missions to an unscripted descent in a matter of days, sometimes damaging their costly payload and raising safety concerns down below.

Dr José-Luis Ortiz at the Institute of Astrophysics of Andalusia, Spain, is convinced that the technology for better steering and safer landing exists. The challenge is packaging it in a marketable product.

‘There are smarter ways of diving and rising,’ said Dr Ortiz. ‘Two-balloon systems in which one half can expand while the other remains rigid could, for instance, make ballast obsolete.’

Other incremental advances could increase flight duration and make the balloon payload reusable. Dr Ortiz cites the miniaturisation of electronic components as an example of how gradual improvements are making balloon cargoes lighter and cheaper to assemble. His partners have controlled airborne telescopes using the same Raspberry Pi computer chips that allow hobbyists to build homemade robots.

As part of the EU-funded project ORISON, a scientific consortium led by Dr Ortiz has partnered with EY, the largest accounting firm in Europe. Together they are working on a business plan for floating instruments to the stratosphere.

‘Today, scientists embarking on balloon missions have to build a lot of the equipment themselves,’ said Dr Ortiz. ORISON aims to sublet fully functional observatories, allowing their clients to focus on the research. According to Dr Ortiz, this is comparable to the business model for many ground-based telescopes.

While bargain flights to the stratosphere could appeal to many areas of research, ORISON’s first target audience is astronomers. Project partners have test-flown missions this year in which they have taken hundreds of close-contact photographs with meteors.

Floating telescopes offer star-gazers the obvious perks of rising above cloudy weather and preventing signals being absorbed in the ultra-violet and near-infrared. ‘It is exciting to spot water on other planets,’ said Maier.