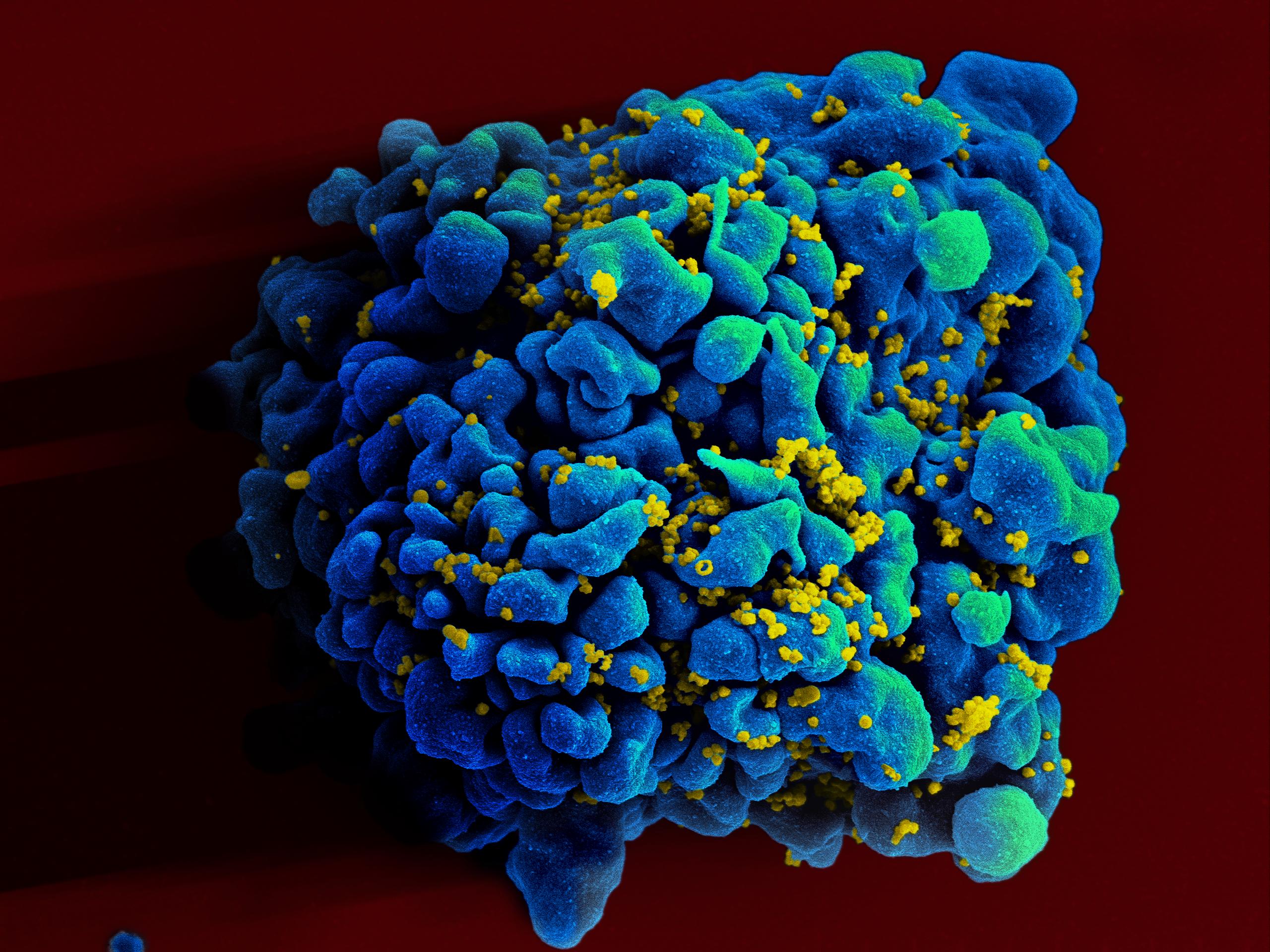 If the research teams manage to reproduce a response that produces antibodies against all strains of HIV, they could create a universal vaccine. Image credit - NIAID, licensed under CC BY 2.0

In 1984, after HIV was identified as the cause of AIDS, the US secretary of health, Margaret Heckler, declared a vaccine would be found within two years. Reports of a mysterious virus predominantly affecting gay men had been growing across the US and, with awareness rising, the World Health Organization had held its first conference to address the global situation earlier that year. But there was still little understanding of how the disease evolved and spread.

The reality of prophylactic treatment proved more challenging than Heckler thought. For 30 years, scientists have unsuccessfully sought a vaccine as one trial after another has sputtered to a halt.

Now two European research teams are racing towards a vaccine and scientists are increasingly hopeful that their goal is in sight.

Professor Yves Lévy, chief executive of Inserm, the French National Institute of Health and Medical Research, and Professor Guiseppe Pantaleo from the University of Lausanne, Switzerland, are scientific co-coordinators of the European HIV Vaccine Alliance (EHVA), a five-year project to foster the development of an effective vaccine.

‘There is no doubt that EHVA will contribute to the HIV vaccine field with the development of two novel vaccine candidates that will be moved into clinical development (testing in humans),’ said Prof. Lévy.

‘I am very confident of that, because all the immunologic parameters (measure of the immune system's response) that we are seeing in the animal models from these new candidate vaccines are promising and are greatly improved as compared to what we were seeing with the old generation vaccines.’

It’s a long time since an HIV diagnosis meant a death sentence. But a million people around the world still die from the disease each year, and 36.7 million live with the condition. Medicines for these people costs around €17 billion annually — a figure expected to rise to €30 billion by 2030 — making the need for a vaccine more pressing than ever.

The EHVA is exploring two approaches which they will merge in a single vaccine, although it may be given in several stages. In one approach, the group has developed an improved protein-based vaccine to create antibodies against HIV. The other is a vaccine with a viral structure — the same virus that effectively tackled Ebola in 2015 — designed to elicit immunity in infected cells.

The team is also working on new adjuvants, substances added to the vaccine to stimulate the body’s immune response. Prof. Pantaleo says these ingredients combined will generate the strength and sustained effect that a vaccine needs.

Professor Robin Shattock, Head of Mucosal Infection and Immunity at Imperial College London, UK, is also feeling hopeful. Tackling HIV is one of the biggest biological challenges of our generation, he says. ‘You have to be an optimist to work on HIV vaccines.’

'You have to be an optimist to work on HIV vaccines.'

He leads the European AIDS Vaccine Initiative (EAVI2020), a five-year project which is also aiming to accelerate the search for an effective HIV vaccine.

By funding two similar projects at once, the EU aims to inspire a sense of friendly competition between them. But the programmes share researchers and conduct complementary work, careful not to duplicate their efforts. Both Prof. Shattock and Prof. Pantaleo say that either European team would be happy if the other found a vaccine that worked.

Like many viruses, HIV is protean, changing over space and time to escape recognition by the immune system. But HIV is even wilier than most conditions, shifting rapidly within an individual, and as it moves through a community or a new location — in South Africa, for instance, HIV subtype C predominates, while in Europe subtype B is dominant.

This complicates the picture for vaccine research, Prof. Shattock explains. ‘If you think about influenza – that changes every year, and every year we make a new influenza vaccine,’ he said. ‘The diversity that you see with influenza is about the same as you would see in one HIV positive individual, over a five-year period.’

Yet some individuals have produced antibodies that hit all of the circulating strains of HIV. ‘If we can make a vaccine that reproduces that response, then it would be globally effective,’ Prof. Shattock said.

EAVI2020’s research also builds on two approaches, one that targets the virus by inducing protective antibodies, and another pursuing the parts of the virus that don’t change, targeting them through T cells, white cells that kill infected target cells.

Vaccine trials cost much more than those for treatments — tens of millions of euros — and because they involve healthy populations, require many more people to show their results. The trials include up to 5,000 subjects, and must occur where the number of new infections is high enough to detect protection against HIV.

Both EHVA and EAVI2020 plan trials for Africa, although the first trials to establish safety will be carried out in Europe. ‘Ultimately, to test if a vaccine prevents HIV infection, it needs to be evaluated in a setting where there are about 1% to 4% of new infections a year,’ Prof. Shattock said. ‘The lower the number of infections, the larger (the) trial’.

With the stakes so high, scientists researching vaccines are keen to share knowledge and results. In addition to communicating with European scientists, the two groups are threaded with links to international AIDS research. Representatives of the biggest US funder, the National Institutes of Health, and the second biggest, the Bill and Melinda Gates Foundation, sit on the boards of EHVA and EAVI2020.

Broad collaborations with many partners who bring together different sorts of expertise point the way forward for tackling other intransigent problems, like TB, malaria, emerging infections or cancer. ‘These large scale projects, actually I think are the only way to solve these very big problems that require multidisciplinary teams,’ Prof. Shattock said.

Although the clinical discovery process is quicker than in the past, vaccine research moves much more slowly than therapeutic drugs, because they are more complex to manufacture and so slow to enter human studies.

This means that despite encouraging findings, an HIV vaccine is still several years off. ‘By the end of the five years we will get the safety data from phase one (the first tests in people),’ Prof. Pantaleo said.

‘If these data are promising — and provided that we have secured some funding — I think that it will take eventually another three to five years in order to move potentially this new vaccine into a larger efficacy trial.’

European Commission activities in the area of HIV/AIDS