‘Hacker culture’ and citizen scientists taking research beyond the lab 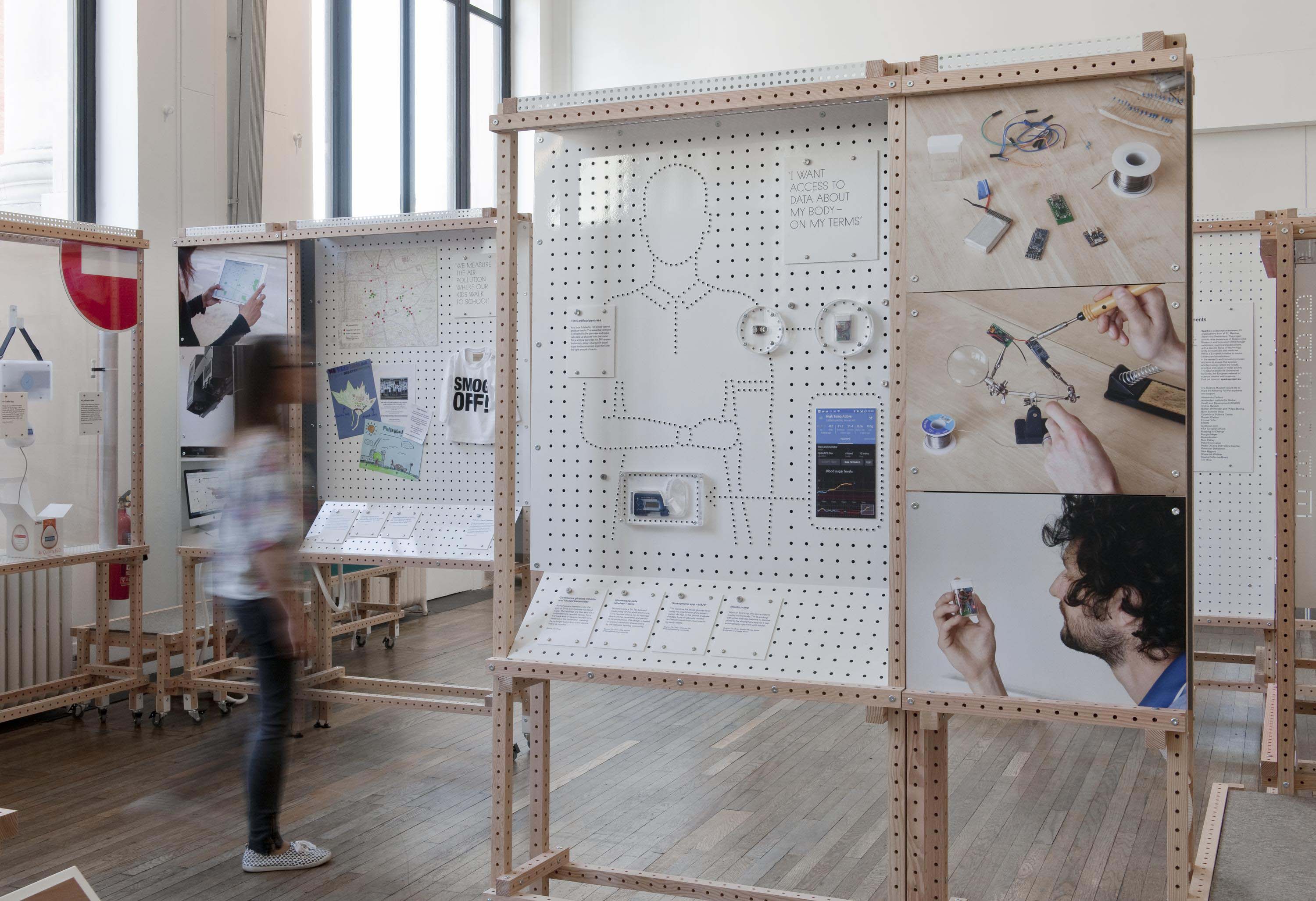 A touring art exhibition shows work that blurs the line between citizen and scientist. © Science Museum

What makes a scientist? You might think of lab research, years of specialised training and technical jargon. But an exhibition now touring across Europe could change your mind.

Beyond the Lab: The DIY Revolution shines a spotlight on work that blurs the lines between citizen and scientist. Part of the EU-funded SPARKS project, which explores socially responsible research and innovation, the exhibition tells seven stories of amateur inventors and professional researchers who are taking science out of the lab and into their own hands.

The exhibition found its most controversial citizen inventor in Tim Omer, based in London. Omer is a ‘health hacker’ developing an artificial pancreas system to help deal with his diabetes. He does this independently from professionals developing similar systems, which Buckley says has led to hostility between the camps.

Omer’s work highlights issues around responsibility and the ethics of DIY innovation. ‘As (health hackers) they don't really need to go through the very complicated ethical approval process that professionals need to,’ said Buckley.

‘They argue that because it's their own bodies, if they can develop these things to improve their lives, why should they wait 10-20 years for something to be produced by an official medical company.’

Sara Riggare, based in Stockholm, Sweden, is also taking her health into her own hands – but in this case, with her neurologist as an ally. Battling Parkinson's disease for years, Riggare has been collecting simple data about how her body is responding to treatment.

‘She did this thing called the Tap Test,’ said Buckley. ‘You tap a mobile phone screen and it measures the accuracy of your tapping.’ It’s an easy way to gauge whether she’s doing better or worse.

Riggare is also an activist, encouraging other patients to trust their bodies and get active about their care rather than passively follow medics’ instructions.

UK-based Tal Golesworthy also worked with medical professionals for his invention. He developed sheaths made of medical-grade mesh that fit over the heart.

Undeterred by a lack of medical training, Golesworthy brought his engineering knowledge to the task after being diagnosed with a condition that required protecting his aorta. The bespoke, 3D-printed moulds have since been given to other patients around the world through the company he founded.

The moulds are linked to a crowdfunded website and social enterprise based in Portugal. Businessman Pedro Oliveira and medic Helena Canhão manage an interdisciplinary team that reviews innovative ideas by patients, making them accessible through the Patient Innovation website.

‘The people who run the website also check that they (the inventions) are safe,’ said Buckley. ‘So there's a kind of moderation process going on there.’

Other projects work directly with the power of the crowd. Doreen Walther, a German entomologist, is studying the spread of invasive mosquitoes that can carry diseases such as dengue across Europe.

She realised her dataset could get a boost with help from the public. ‘So she ran a project encouraging people to catch mosquitoes, kill them by putting them in their freezers, and then send them to her in the post,’ said Buckley.

Thousands of people responded to what became the Mosquito Atlas Project, and there are now similar projects underway around the world.

While Walther gets citizens to contribute to her research, Philipp Boeing and Bethan Wolfenden are innovating the other way around: putting sophisticated science into people’s hands by creating a laptop-sized lab in a box.

Currently priced around GBP 1 000 (about EUR 1 150), Bento Lab aims to open up molecular biology to amateurs and schools, allowing users to do large numbers of analyses that would otherwise need expensive equipment. It could also be used for real-time analysis in the field, says Buckley.

Pieter van Boheemen is working on the same goal but with different approach: by setting up a community biology lab in Amsterdam, the Netherlands.

The facility is open to anyone at no charge. Buckley explains that van Boheemen is set on growing a community and a space where people can come and do any lab analysis they need.

With work that also builds on existing tools, Shazia Ali Webber has a more practical purpose: to track environmental pollution on a daily basis.

Webber, a London-based air quality campaigner, is collecting data about pollution in her area and using it to campaign local and national governments.

One of the tools she developed is a prototype air monitoring device the size of a lunch box. Designed to fit the back of a push chair, BuggyAir connects to a website that gives parents information on pollution hotspots to avoid. It also feeds into a larger dataset of pollution across the city.

Buckley says BuggyAir is one example of several that enable non-scientists to collect air pollution data. This signals the wider trend of citizen science projects and hacker cultures highlighted by Beyond the Lab.

‘The logical extension of that is, that ordinary people are able to get their hands on tools that 10-20 years ago only scientists would have had,’ he said. ‘So in that sense, I think the future for all of us is going to involve a certain degree of exposure to those sorts of tools and that data.’

Beyond the Lab is showing at Science Centre AHHAA in Tartu, Estonia, until 16 June.

Beyond the Lab: The DIY Revolution