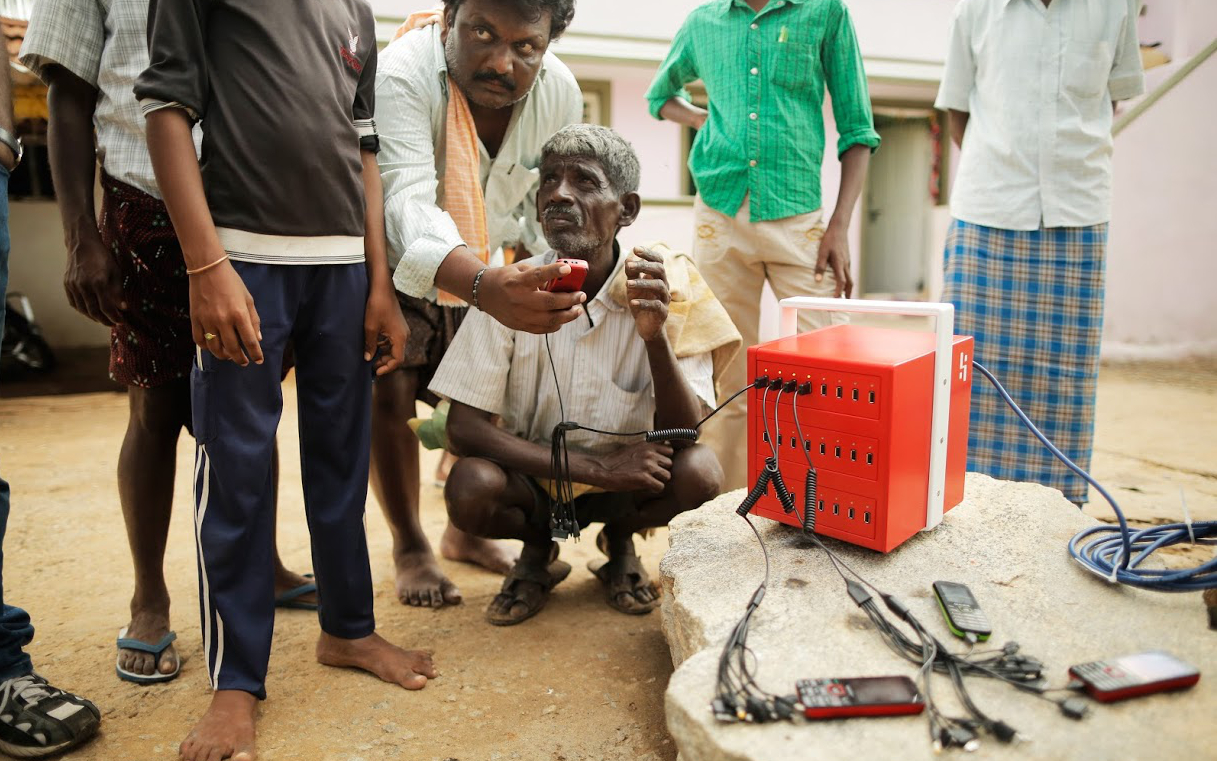 People are more likely to have a mobile phone than access to a proper toilet, yet for many, power cuts and intermittent supply mean they’re often out of reach – until now.

A multinational research team is trialling a solar-powered internet hub that promises to bring web services and e-commerce to some of the world’s most remote locations.

The EU-funded REACH project is running trials of a solar-power-based system that allows people in remote areas to charge their mobile phones and connect to the internet, opening up a world of commercial, healthcare and educational opportunities.

BuffaloGrid, the company behind the REACH project, originally tested a bicycle-based charger in rural Uganda, before moving on to develop and test a solar-powered hub. Now 25 of these are in a trial phase in India, catering to around 50 000 people, and they expect to begin mass production next year.

‘We wanted to create a platform for other companies to reach these people,’ said BuffaloGrid chief executive and co-founder Daniel Becerra.

The hub system can also supply services such as medical information to remote regions, says Becerra, giving the example of a patient five hours away from the nearest hospital who can go into a shop and make virtual contact with a medical professional thousands of miles away and find out whether a hospital trip is necessary.

‘When you create an economy where everybody benefits, that’s the best way to scale.’

‘The best way is by creating business opportunities,’ said Becerra. ‘When you create an economy where everybody benefits, that’s the best way to scale. That income can be used to pay for educational content.’

The estimated cost of deploying a hub is about EUR 480, including import tax and training for the local agent, and the units pay for themselves in around six months. Batteries need replacing every three years and the company, which maintains ownership of the unit, can take care of this.

Another way of protecting against power cuts is to have backup power – often in the form of expensive-to-run diesel generators.

However, emerging fuel cell technology could use hydrogen gas instead to store electricity from solar power until it is needed when the power goes down.

The researchers chose hydrogen fuel cell technology because of its very high level of reliability as well as its environmentally friendly credentials – qualities that could also be useful in developing countries.

‘We have some very important problems of electrification in developing countries,’ said Dr Rosso.

She was coordinator of the FITUP project, which demonstrated some of the technology in Italy, Switzerland and Turkey. The project was funded by the Fuel Cells and Hydrogen Joint Undertaking, a public-private initiative between the EU and industry.

Since the project ended, Electro Power Systems has been working on scaling it up. Now the company is working on a 25-kilowatt version which could be run in parallel with similar devices to boost power, compared with the 1 to 10 kilowatt models used in the project.

She said that over a period of 25 years the system would cost less than using diesel generators for backup due to the high cost of transporting fuel in developing countries.

‘The final aim is to reduce the electricity bill,' she said.