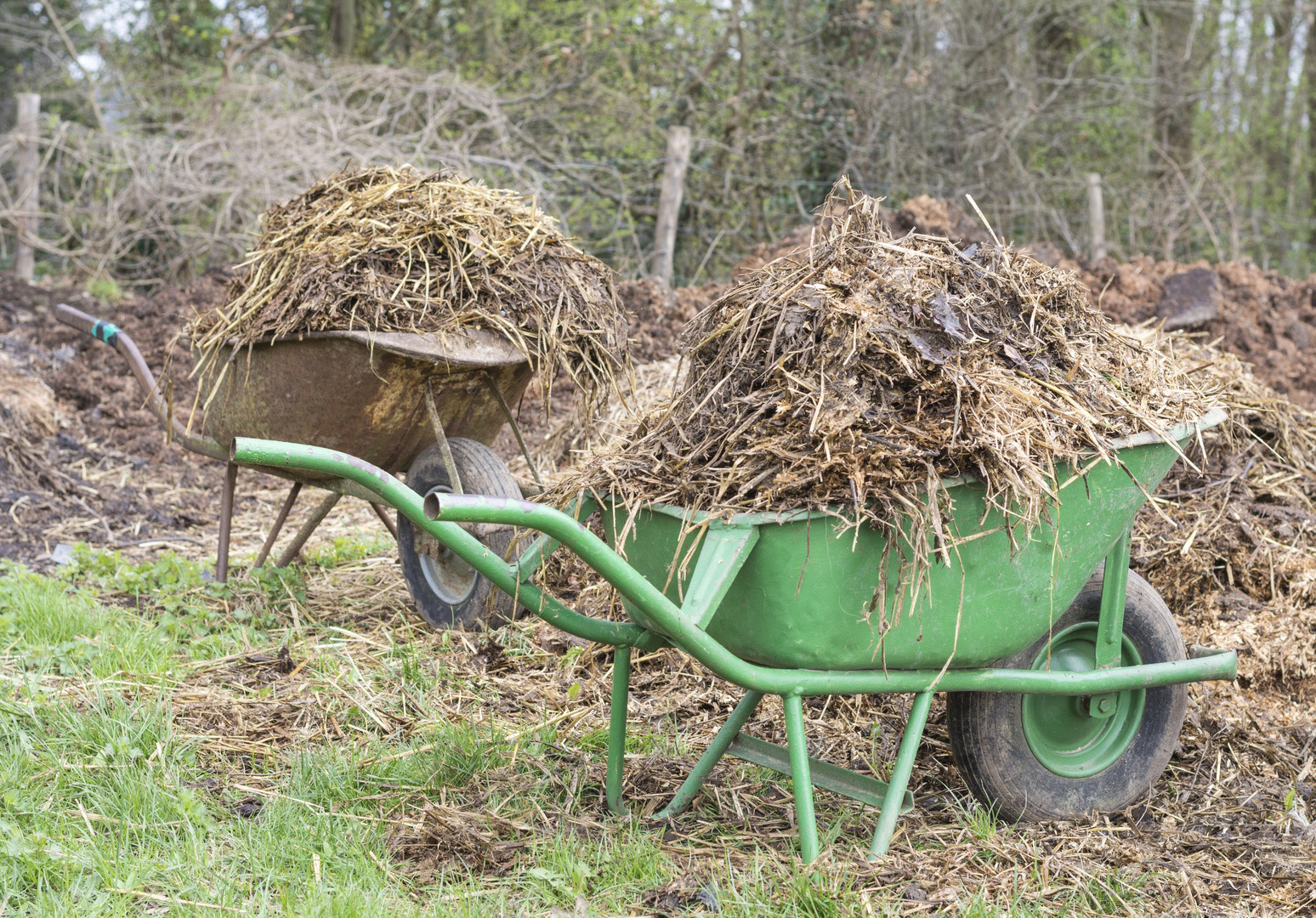 Farm waste is often full of nutrients that take time to break down before crops can use them. Image credit - Pxhere, licensed under CC0

A raft of strategies is being trialled in Europe to turn nutrient-rich farm waste such as chicken feathers, cow dung and plant stalks into green fertiliser. Full of phosphorus and nitrogen, recycled products could help reduce intensive agriculture’s emissions and reliance on fertiliser imports.

European agriculture produces an abundance of high quality food, but also massive amounts of waste from crops and farm animals, including about 1.4 billion tonnes of manure each year.

Farm waste is bursting with nutrients, but these are often in complex organic molecules, which take time to break down into minerals for crop plants to use. Manure is voluminous, difficult to transport and usually generated far from crop fields. Consequently, farmers rely on chemical fertiliser that is often imported into Europe.

While the EU market for fertiliser is valued at between €20 - 25 billion per year, synthetic fertiliser accounts for 80% of products. The nitrogen is made by taking the chemical from the air and using energy from fossil fuels to convert it into ammonium salts that plants easily consume. Phosphorous, the other main ingredient in chemical fertiliser, is made from rocks mined mostly in Morocco, but also China and the US.

Meanwhile, nutrients spread onto farmland can leach into rivers and lakes, causing algal blooms and fish deaths, or evaporate as greenhouse gases.

‘We have too many nutrients flowing around in Europe, causing environmental problems,’ said Professor Erik Meers, an environmental chemist at Ghent University in Belgium. ‘We also have an increasing amount of chemical fertiliser, nitrogen and phosphate, being used.’

‘We are not recycling all the nutrients that we could re-use,’ said Dr Victor Riau Arenas, a scientist at the Institute of Agrifood Research and Technology in Catalonia, Spain. He leads a project called Circular Agronomics that aims to boost nutrient recycling in the agricultural food chain and to help reduce emissions. ‘We aim to convert the linear chain we have today into a circular chain by recycling nutrients.'

With new EU legislation in June 2019 making it easier to sell fertilising products made from recycled materials, Dr Riau and Prof. Meers are among the researchers now working to extract pure nutrients from organic waste to produce sustainable bagged fertiliser.

The first challenge is processing the waste. Chemical fertiliser arrives at farm gates in bags with mineral nutrients that are ready to use. Raw animal and plant waste, however, must first be broken down by microbes before plants can use them.

‘Huge amounts of nutrients are present in waste in organic form and are not efficient for plant production,’ Prof. Meers said. ‘That is why farmers tend to like chemical fertiliser.’

Prof. Meers leads a research project called Nutri2Cycle that is using various approaches to tackle both sides of this coin – processing the farm waste, while using it to make products good enough to replace imported synthetic fertiliser.

To first process the manure, Nutri2Cycle pours it into a large tank called a biodigester where living microbes break down the organic matter. A liquid digestate, which looks like and has the consistency of coffee grounds, comes out one pipe, leaving behind a solid compost-like material with the consistency of porridge.

The next step for scientists is to distil the liquid fraction and treat it until a pure chemical compound, such as an ammonium salt, is made. This is just one of many processes being put through its paces by the project.

Nutri2Cycle project is also using sensors to apply bio-fertiliser in the right quantities. For example, near-infrared sensors might check precisely what nutrients are going onto a field, or a sensor system might evaluate which patches of grassland need fertiliser and which do not.

The approach is one of 24 that Nutri2Cycle scientists across Europe are exploring. They aim to come up with industrial rural processes to boost a circular agricultural economy. To close the loop, other approaches include a pilot plant in the Flanders region of Belgium that will give treated pig manure in liquid form to duckweed. This floating plant is high in protein and will be harvested and tested as an animal feed. Other feed sources grown from recycled nutrients  could include insects or algae.

An experiment like this could in turn help replace some of the millions of tonnes of soybean shipped into Europe, mainly from the United States, over the past year. Soybean is a protein-rich animal feed. But it also contains nitrogen which is a crucial constituent of protein, and can be recovered in animal manure. The same goes for the imported phosphorous used in fertiliser.

Other approaches being explored by the Nutri2Cycle project include testing recycled dairy industry waste on crops in Ireland. This waste comes from cheese making and milk processing and is high in nitrogen, magnesium and phosphorus nutrients. They will also test samples from poultry manure, potato processing wastewater and urban wastewater treatment on grassland for animal feed and on corn.

Farms using bio-waste usually lack adequate information, according to Dr SM Ashekuzzaman, an environmental chemist at Teagasc, an Irish agri-research organisation, and a scientist with Nutri2Cycle. It’s hard to tell from bio-waste how much nutrients are ready for plant use, he says.

‘There is a knowledge gap as to how much nutrients are available to plants. We will add to this knowledge using agronomic trials and then better advise farmers,’ he said.

To help farming become more efficient, in Catalonia, Circular Agronomics will in future use solar heating to process and dry manure from pigs in order to produce fertilisers. They will also precision feed dairy cows to cut down on manure and emissions, while a pilot plant in Germany will be developed to recover nitrogen and phosphorus from food industry waste.

Dr Riau says that since livestock and arable agriculture are currently responsible for the release of substantial quantities of ammonia and other greenhouse gases, processing this waste will help slash the emissions that are causing the climate emergency.

‘We will reduce the use of chemical fertiliser, which will reduce costs, but also the environmental impact of agriculture on soils and leaching of nitrates into groundwaters,’ he said.