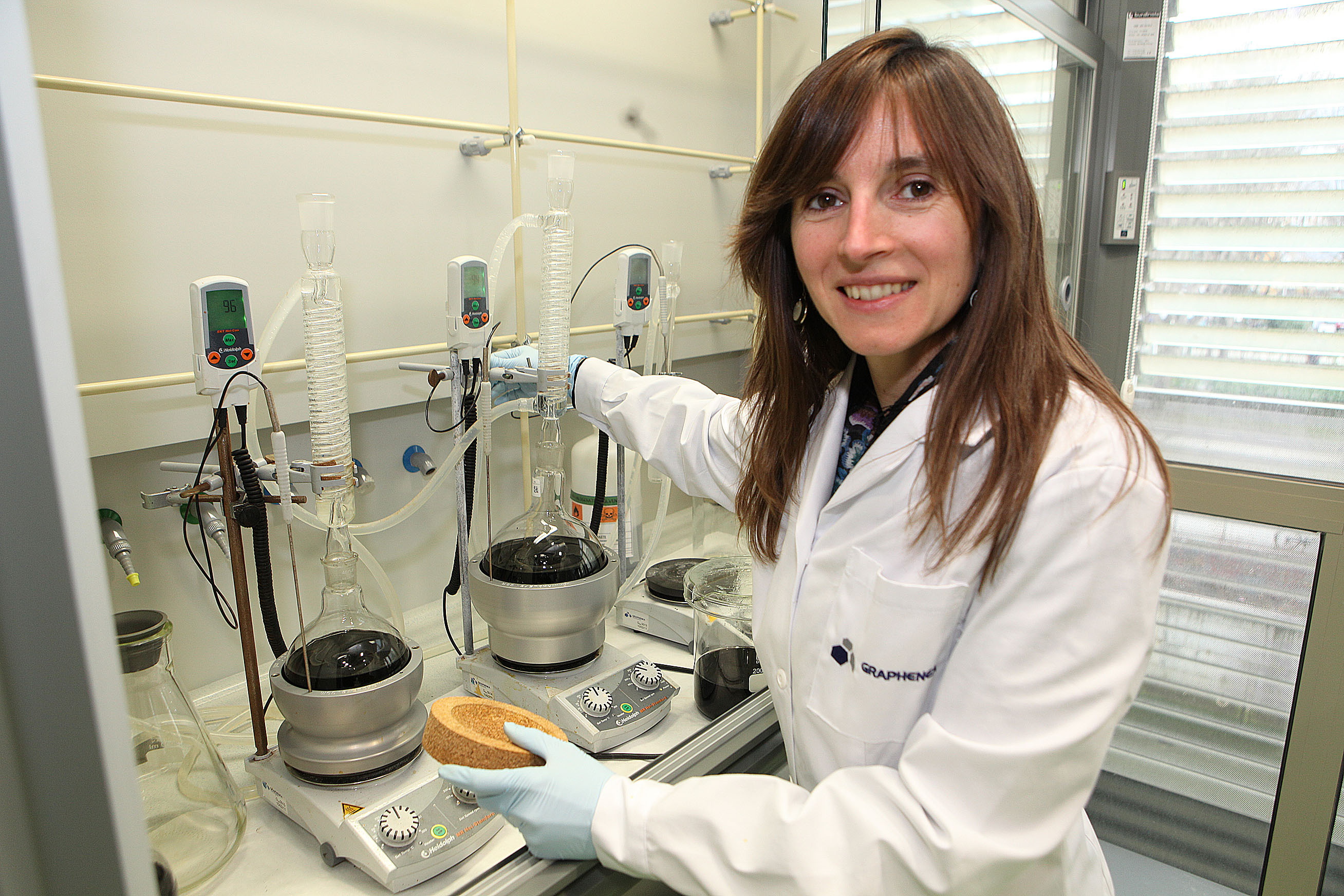 ‘In the end we produce a material and we sell it to research laboratories, so our customers are researchers that are located in industry or in universities or in research centres. So there is a market for this, but it’s quite small. The graphene research market is USD 12 million (EUR 10.8 million) worldwide.’

Would you say it’s a good industry for young entrepreneurs?

‘I think for young people it’s a very exciting business to be in, definitely. I would recommend it.’

People say graphene will give us bendy phones, is that right?

‘Graphene could make transparent electrodes (used in lighting displays on phone screens) flexible. You have material called indium tin oxide, ITO (which is used now). ITO is very good as a transparent electrode, but it’s not flexible. If you want to use it in flexible applications, well, you cannot use it. Graphene could make sense because graphene is flexible and also transparent and electrically conductive. But the only problem is that at the moment there are no flexible phones. So in this case, it’s very difficult to replace ITO because this is a material that’s been around for a long time, it can be produced on a really huge scale, and the prices are very cheap.’

What are the other potential applications out there, apart from phones?

‘Apart from the phones, I think in photonics, like photodetectors, so night-vision cameras, graphene could have great potential there. In the Graphene Flagship many different applications are covered. Because they (graphene layers) are so thin, it could be very useful for different sensors. You can see them (sensors) in mobile phones, to detect humidity, movement sensors and so on. For biosensors also, if you want to detect different biomolecules.’

‘I expect that graphene applications will come, because in the end it is like nothing we have ever dealt with.’

I guess once we have some commercial applications, you’re expecting the market to start growing faster?

‘It will be a new market, so potentially this is very attractive and, yes, I guess at the end we are here for the return. The only issue is that we don’t know when this return is going to come. So we need to spend our money wisely and we think we have quite a good share of this small research market. Let’s say now we are 14 people (in the company), and we started back in April 2010, so (we have grown to this size) in around four to five years, but what we do is we try to be careful about how we increase the number of people and the investments we do and so on.’

What are you seeing at the moment?

‘I think we are still going up on the hype. The market is growing a bit, because also different industries, researchers in industry, are becoming interested, and we have seen that more people are buying our materials, so it is going up, the market, but slowly.

‘So I don’t know what will be the increase each year. But until we have industrial applications, it will be a modest increase.’

Your company, Graphenea, is a partner in the EU's Graphene Flagship programme, a 10-year programme to fund graphene research. Why is this important?

'When the potential applications of an emerging material are at very low technological readiness levels (TRLs), industry-end users are more reluctant to invest into the research of a new material. As a consequence, public funding is required in order to advance the TRLs, and when the TRLs are high enough industry is more willing to invest. We should keep in mind that the largest investments are required to push from relatively high TRLs (7-9) into the market (TRL=9), but in order to engage industry you need to demonstrate up to relatively high TRLs. Therefore, the role of the Graphene Flagship is critical for the success of graphene in the market place.'

What are your hopes for the graphene industry in the future?

‘I expect that graphene applications will come, because in the end it is like nothing we have ever dealt with. It’s a two-dimensional material that could be combined with existing silicon technology to provide new properties to different devices. So I do think that it will have applications, but I think that these applications will take a long time. This is my feeling for graphene. What we need to do is keep going with it and don’t lose patience because things don’t happen fast.’

The Graphene Flagship is investing EUR 1 billion to help take graphene from a lab-based curiosity into a commercially useful material within a decade.

This programme is bringing together researchers from academia and industry to look at every aspect of getting graphene to market. It ranges from chemists who are working out how graphene's molecular properties could help improve other materials, to engineers who are developing electronic applications such as flexible phones.

Researchers on the Flagship, which began in 2013, have already published more than 300 peer-reviews papers and filed several patent applications. In the next stage of the programme they will be looking at new topics such as biomedical applications, as well as increasing the industrial focus of their work.