General public should have more input into scientific advice 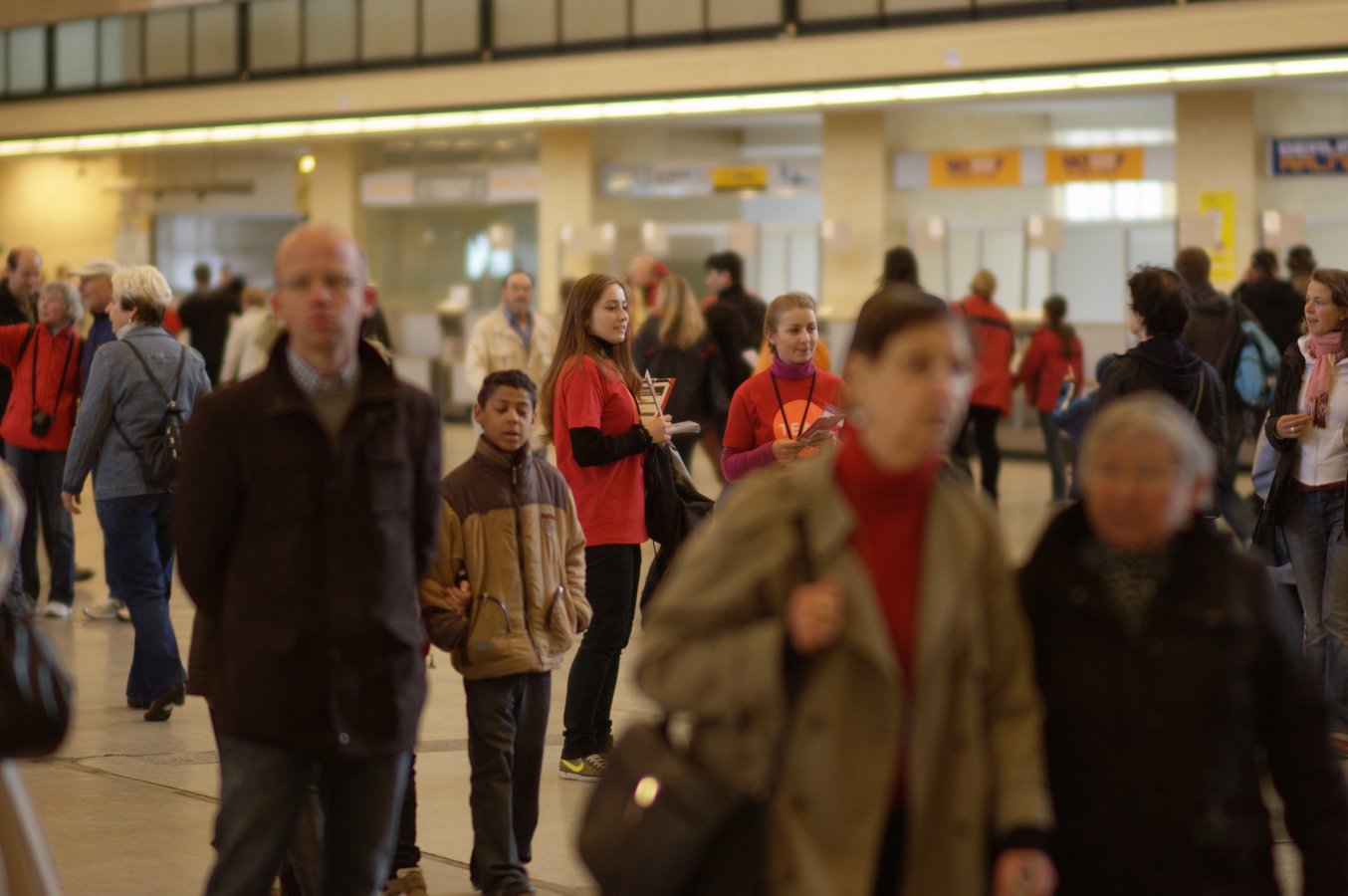 Engaging with the public is essential to winning back trust in evidence-based policy making. Image credit - Pxhere, licensed under CC0

The scientific community needs to listen more to people outside academia if it wants to continue to help politicians create good evidence-based policies that will benefit the public, a conference has heard.

‘The time has passed where you write a report with a band of experts and pass it on to the public,’ said Dr Julie Maxton, executive director of the UK’s Royal Society. ‘You need to find out what worries people.’

She was speaking at one of a number of sessions discussing the role of scientific advice in modern society at the EuroScience Open Forum (ESOF), held in Toulouse, France, from 9-14 July.

It comes at a time when there are growing concerns that political decisions and public opinion have become divorced from scientific evidence. Many in the scientific community are now going through a period of self-reflection in order to understand how they can contribute to policymaking in a so-called post-factual society.

The conference heard that while rebuilding public trust in scientific evidence is important, the public should not be seen as passive recipients of science advice, but rather active participants. Listening to the problems faced by the public can help scientists frame an issue in a way that is relevant to the people it affects and provide useful evidence, said Dr Maxton.

‘Experts shouldn’t assume they know the public,’ she said. ‘Often, what excites scientists scares the public.’

One example of an issue that people are afraid of is machine learning, she said. To tackle this, the Royal Society ran a campaign to talk to thousands of people about the subject. By finding out what people’s main concerns on the subject were before starting on the evidence-gathering process, the Royal Society were able to change the questions under investigation to look at issues with public relevance.

'The time has passed where you write a report with a band of experts and pass it on to the public.'

Janusz Bujnicki, professor of biology at the International Institute of Molecular and Cell Biology in Warsaw, Poland, and a member of the EU’s Science Advice Mechanism, which provides scientific advice to European policymakers, said that giving the public a greater role in scientific advice would increase its richness, but it may require some scientists to change their mindsets.

‘Scientists are quite bad at listening,’ he said. ‘Citizens are a resource, not a source of problems.’

As well as helping to frame a debate, public pressure can also put issues on the radar of science advisors in the first place.

‘Scientists are not the only source of questions,’ said Anne-Greet Keizer, from the Netherlands Scientific Council for Government Policy (WRR). ‘Citizens can ask big questions. They should be involved in setting the agenda.’

She pointed to an example in the Netherlands, where a public petition known as a citizens’ initiative, sparked a 2016 debate in the Dutch parliament about whether public or private institutions should have the power to create money. As a result, the Minister of Finance asked the WRR to examine the pros and cons of alternative systems of money creation, which they will publish in a report later this year.

There are times, however, when consulting the public in this way may be more difficult. During times of crisis, there is intense pressure on politicians to make decisions quickly, so clear and neutral advice is vital, but public input is still necessary, according to Kei Koizumi, from the American Association for the Advancement of Science. He worked in the US White House during the 2013-2016 Ebola outbreak and said the lessons they learned at the time showed that affected communities need to be part of the solution.

‘Many of the impacts of Ebola were due to poor communication of the understanding of the disease in the field,’ Koizumi told a session at the conference tackling scientific advice in times of crisis.

The impact of clear communication was particularly visible during the 2015 Paris Agreement that resolved to limit global warming to 2˚C above pre-industrial levels, according to scientists speaking at a session examining how the Fifth Assessment Report from the Intergovernmental Panel on Climate Change (IPCC) contributed to this decision.

Professor Thomas Stocker, from the University of Bern, Switzerland, who contributed to the IPCC report, said that part of its power was the inclusion of several short, powerful sentences, such as ‘Warming of the climate system is unequivocal’ and ‘Human influence on the climate system is clear’.

Crucially, he said, these sentences did not prescribe how to act, but summarised the evidence clearly so that politicians could concentrate on deciding what to do.

However, Professor Camille Parmesan, from the University of Plymouth, UK, an expert on the ecological impact of climate change, said that not being prescriptive doesn’t mean that scientists can sit back once scientific evidence has been published.

‘It’s important to remain neutral on policy so the science is respected, but it’s also important to communicate clearly so people understand (the issues),’ she said. Scientists should explain the impact of climate change on people’s lives, so they understand how it relates to them, she added.