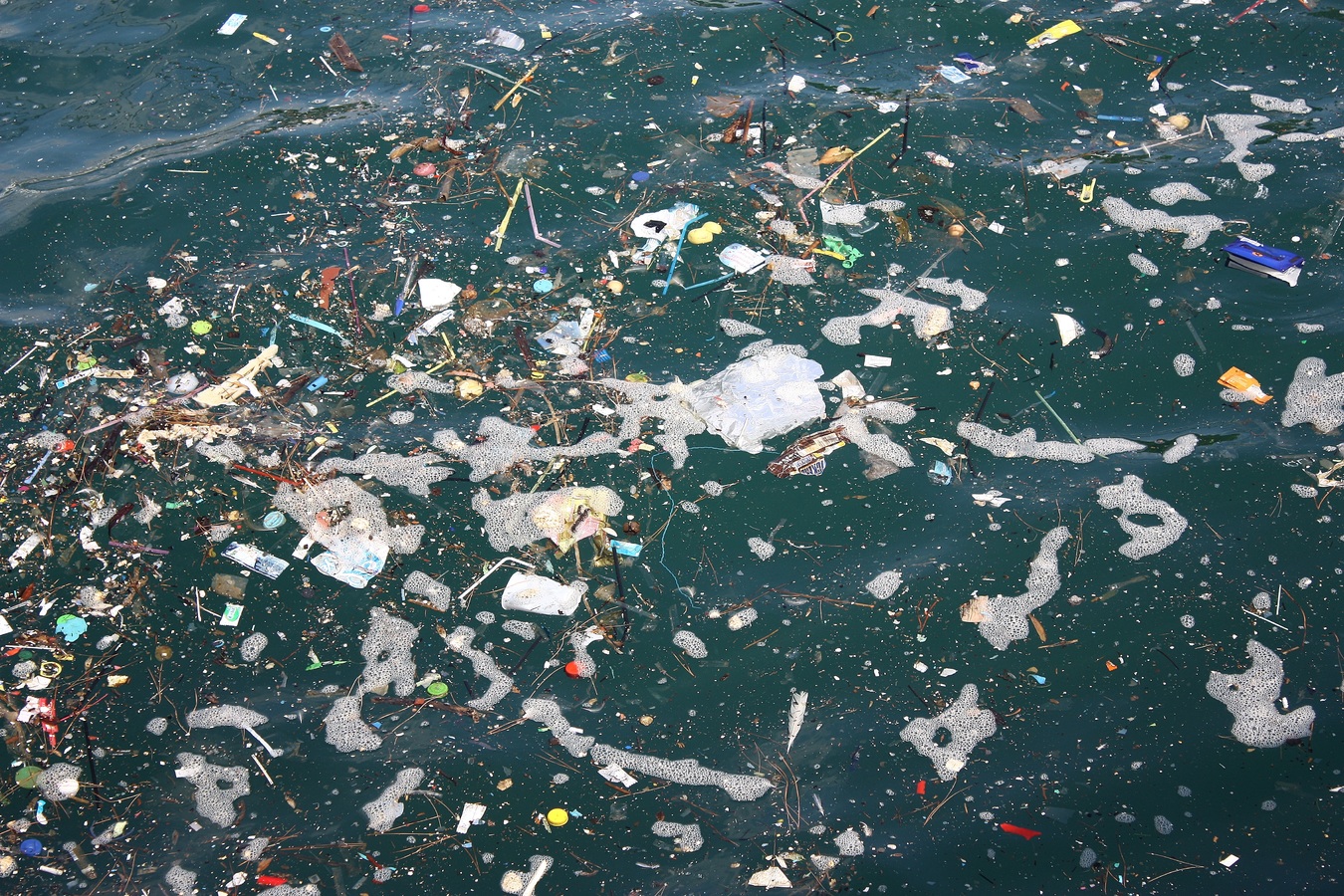 It is estimated that more than 150 million tonnes of plastics have already accumulated in the world's oceans. Image credit - Pxhere/ 1060974, licensed under CC0 Public Domain

A Roomba-like ocean trash collector modelled on a whale shark and a microplastic filter made from jellyfish slime could prevent litter from entering our oceans and help tackle a growing problem that poses threats to wildlife, deters tourists and impacts on coastal economies.

The cost of sea litter in the EU has been estimated at up to €630 million per year. It is mostly composed of plastics, which take hundreds of years to break down in nature, and has the potential to affect human health through the food chain because plastic waste is eaten by the fish that we consume.

‘I’m an accidental environmentalist,’ said Richard Hardiman, who runs a project called WASTESHARK. He says that while walking at his local harbour one day he stopped to watch two men struggle to scoop litter out of the sea using a pool net. Their inefficiency bothered Hardiman, and he set about trying to solve the problem. It was only when he delved deeper into the issue that he realised how damaging marine litter, and plastic in particular, can be, he says.

‘I started exploring where this trash goes - ocean gyres (circular currents), junk gyres, and they’re just full of plastic. I’m very glad that we’re now doing something to lessen the effects,’ he said.

Hardiman developed an unmanned robot, an aqua drone that cruises around urban waters such as harbours, marinas and canals, eating up marine litter like a Roomba of the sea. The waste is collected in a basket which the WasteShark then brings back to shore to be emptied, sorted and recycled.

The design of the autonomous drone is modelled on a whale shark, the ocean’s largest known fish. These giant filter feeders swim around with their mouths open and lazily eat whatever crosses their path.

It’s powered by rechargeable electric batteries, ensuring that it doesn’t pollute the environment through oil spillage or exhaust fumes, and it is relatively silent, avoiding noise pollution. It produces zero carbon emissions and the device moves quite slowly, allowing fish and birds to merely swim away when it gets too close for comfort.

‘We’ve tested it in areas of natural beauty and natural parks where we know it doesn’t harm the wildlife,’ said Hardiman. ‘We’re quite fortunate in that, all our research shows that it doesn’t affect the wildlife around.’

WasteShark is one of a number of new inventions designed to tackle the problem of marine litter. A project called CLAIM is developing five different kinds of technology, one of which is a plasma-based tool called a pyrolyser.

CLAIM’s pyrolyser will use heat treatment to break down marine litter to a useful gas. Plasma is basically ionised gas, capable of reaching very high temperatures of thousands of degrees. Such heat can break chemical bonds between atoms, converting waste into a type of gas called syngas.

The pyrolyser will be mounted onto a boat collecting floating marine litter - mainly large items of plastic which, if left in the sea, will decay into microplastic - so that the gas can then be used as an eco-friendly fuel to power the boat, or to provide energy for heating in ports.

Dr Nikoleta Bellou of the Hellenic Centre for Marine Research, one of the project coordinators of CLAIM, said: ‘We know that we humans are actually the key drivers for polluting our oceans. Unlike organic material, plastic never disappears in nature and it accumulates in the environment, especially in our oceans. It poses a threat not only to the health of our oceans and to the coasts but to humans, and has social, economic and ecological impacts.’

The researchers chose areas in the Mediterranean and Baltic Seas to act as their case studies throughout the project, and will develop models that can tell scientists which areas are most likely to become litter hotspots. A range of factors influence how littered a beach may be – it’s not only affected by litter louts in the surrounding area but also by circulating winds and currents which can carry litter great distances, dumping the waste on some particular beaches rather than others.

CLAIM's other methods to tackle plastic pollution include a boom – a series of nets criss-crossing a river that catches all the large litter that would otherwise travel to the sea. The nets are then emptied and the waste is collected for treatment with the pyrolyser. There have been problems with booms in the past, when bad weather conditions cause the nets to overload and break, but CLAIM will use automated cameras and other sensors that could alert relevant authorities when the nets are full.

Large plastic pieces that can be scooped out of the water are one thing, but tiny particles known as microplastics that are less than 5mm wide pose a different problem. Scientists on the GoJelly project are using a surprising ingredient to create a filter that prevents microplastics from entering the sea - jellyfish slime.

The filter will be deployed at waste water management plants, a known source of microplastics. The method has already proven to be successful in the lab, and now GoJelly is planning to upscale the biotechnology for industrial use.

Dr Jamileh Javidpour of the GEOMAR Helmholtz Centre for Ocean Research Kiel, who coordinates the project, said: ‘We have to be innovative to stop microplastics from entering the ocean.’

The GoJelly project kills two birds with one stone – tackling the issue of microplastics while simultaneously addressing the problem of jellyfish blooms, where the creatures reproduce in high enough levels to blanket an area of ocean.

'We have to be innovative to stop microplastics from entering the ocean.'

Jellyfish are one of the most ancient creatures on the planet, having swum in Earth’s oceans during the time of the dinosaurs. On the whole, due to a decline in natural predators and changes in the environment, they are thriving. When they bloom, jellyfish can attack swimmers and fisheries.

Fishermen often throw caught jellyfish back into the sea as a nuisance but, according to Dr Javidpour, jellyfish can be used much more sustainably. Not only can their slime be used to filter out microplastics, they can also be used as feed for aquaculture, for collagen in anti-ageing products, and even in food.

In fact, part of the GoJelly project involves producing a cookbook, showing people how to make delicious dishes from jellyfish. While Europeans may not be used to cooking with jellyfish, in many Asian cultures they are a daily staple. However, Dr Javidpour stresses that the goal is not to replace normal fisheries.

‘We are mainly ecologists, we know the role of jellyfish as part of a healthy ecosystem,’ she said. ‘We don’t want to switch from classical fishery to jellyfish fishery, but it is part of our task to investigate if it is doable, if it is sustainable.’

An international travelling exhibition that aims to draw attention to the problem of plastic waste in our oceans will set up a temporary home in front of the European Parliament in Brussels, Belgium, from 9-19 April 2018.

The idea is to involve the public in the scientific work being done in Europe and around the world to tackle the problem, and demonstrate the fundamental role of science in finding solutions.

The exhibition will travel to Washington DC, US, in June and from there to Canada.